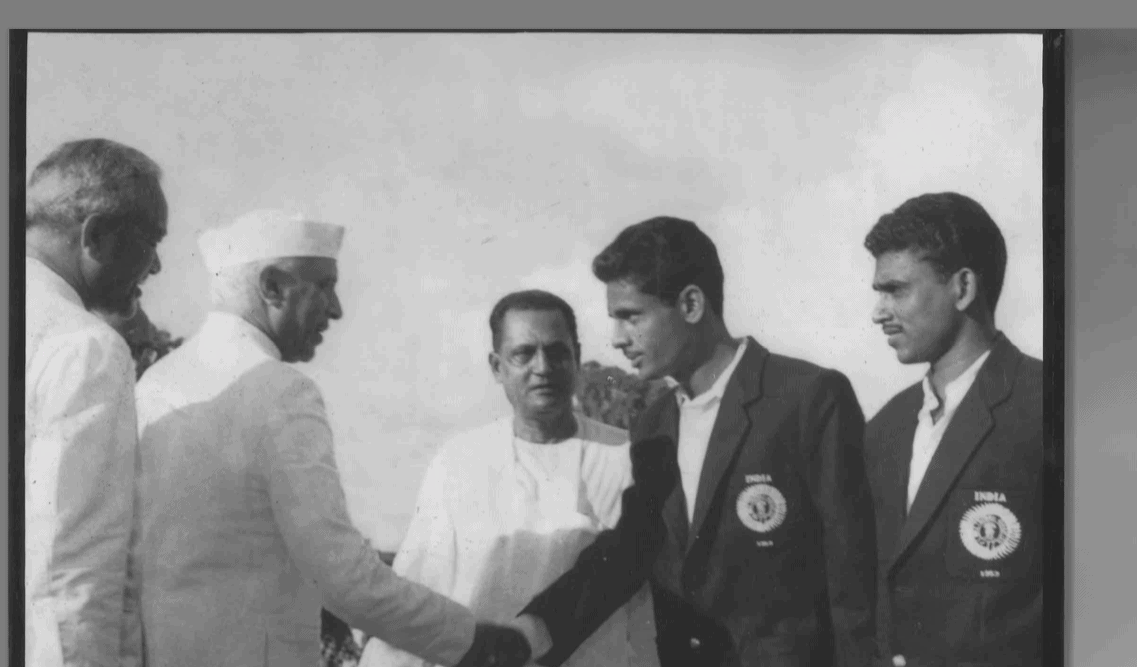 By A Joseph Antony

Hyderabad: Largely forgotten by fans and forsaken by sports’ officialdom alike are the feats accomplished there by Hyderabad’s Magnificent Seven, a moniker for footballers from Hyderabad, who made up more than half of India’s national soccer team in the 1950s. One of the last survivors, Ahmed Hussain ‘Lala,’ succumbed to the COVID-19 pandemic on Friday morning, aged 89.

Milestones at the Melbourne Cricket Ground (MCG) tell a skewed story, mostly partial to the game in flannelled whites. No showboats like latter day sports icons, they shone briefly but brightly, steering India to its finest hour ever in football. The splendid septet almost took their side to the pinnacle, falling short in the 1956 Olympics semi-finals.

In time, these sure-footed men, steeled by sweat and toil, would fumble and fall at the hands of fate, doomed to obscurity if not penury.

In his heyday, Hussain, as a centre half or centre back, marked his men tightly, his highly technical tackling letting little get past him. No wonder then that he could hop between the top teams of his time, be it Mohun Bagan or Mohammedan Sporting. Despite his distinction in every endeavour he undertook as player, coach or mentor, he never received any real reward or recognition.

Memories, those faithful companions down the decades, had deserted him in the evening of his life, overtaken as he was by dementia. Demise of his elder son Aijaz, a few months ago, was a blow he couldn’t perhaps quite come to terms with.

The trail of his teammates leaving for the Elysian Fields one after another may have taken its toll too. Noor Mohammed, Olympian at Helsinki (1952) and Melbourne (1956) died in an Osmanpura slum, malnourished and afflicted by tuberculosis in abject poverty. Syed Abdus Salam, also a veteran of the same two editions of the quadrennial games, bedridden for five years, then breathed his last. Mohd. Zulfakaruddin, baby of that squad, subsisting on a paltry pension, passed away last year.

Time was when many of these soccer warriors were so short of cash, they would mend their football boots by themselves, simply to save on the cobbler’s costs. Or the recipe of the biryani they made in their shabby accommodation, unable to afford eating out, that would make a Delhi restaurant famous !

Football historian Novy Kapadia’s quote from Hussain’s Melbourne mate Noor, speaks poignantly of their plight: “Often at practice we had one football and for refreshments afterwards, a cup of tea. ” And this after many of them would play barefoot till they became gainfully employed to buy boots !

“Ahmed Hussain was a gentleman,” recalled former Indian captain Shabbir Ali. When Hussain was Technical Director and deputy coach to P.K. Banerjee of the national sides for various tournaments in the eighties, including the 1982 Asiad, he was very friendly, suggesting he wore his Melbourne Olympian mantle lightly.

“Kya hona bolo,” (Tell me what you want), Hussain would urge his wards, giving them easy access to him and all ears to what they had to say. “When the Indian squad was training at Bangalore, he invited the whole side to his house for dinner,” Ali remembered.

Passing the 10-month course in football coaching at the National Institute of Sports (NIS), South Centre in Bangalore, although very tough, was made much easier thanks to Ahmed Hussain, added Ali, a Dhyan Chand awardee, rated the finest striker in his time, recording the fastest hat-trick among the select band of five Indians to pull it off.

Brahmanand Shankwalkar, recovering from a compound fracture a year before the 1982 Asiad, caught the eye of coach Dietmar Pfeiffer, when playing in the Federation Cup at Calicut. The German, contemplating a call-up for the custodian to the Asian Games trials, shared his views with Hussain.

Hussain not only convinced Pfeiffer of teammate Brahmanand’s goal-keeping prowess but used his good offices with the All India Football Federation (AIFF) to ensure the youngster attended the trials. Never off the mark when spotting talent early, Brahmanand lived upto Hussain’s expectations, becoming India’s best ever custodian ever.