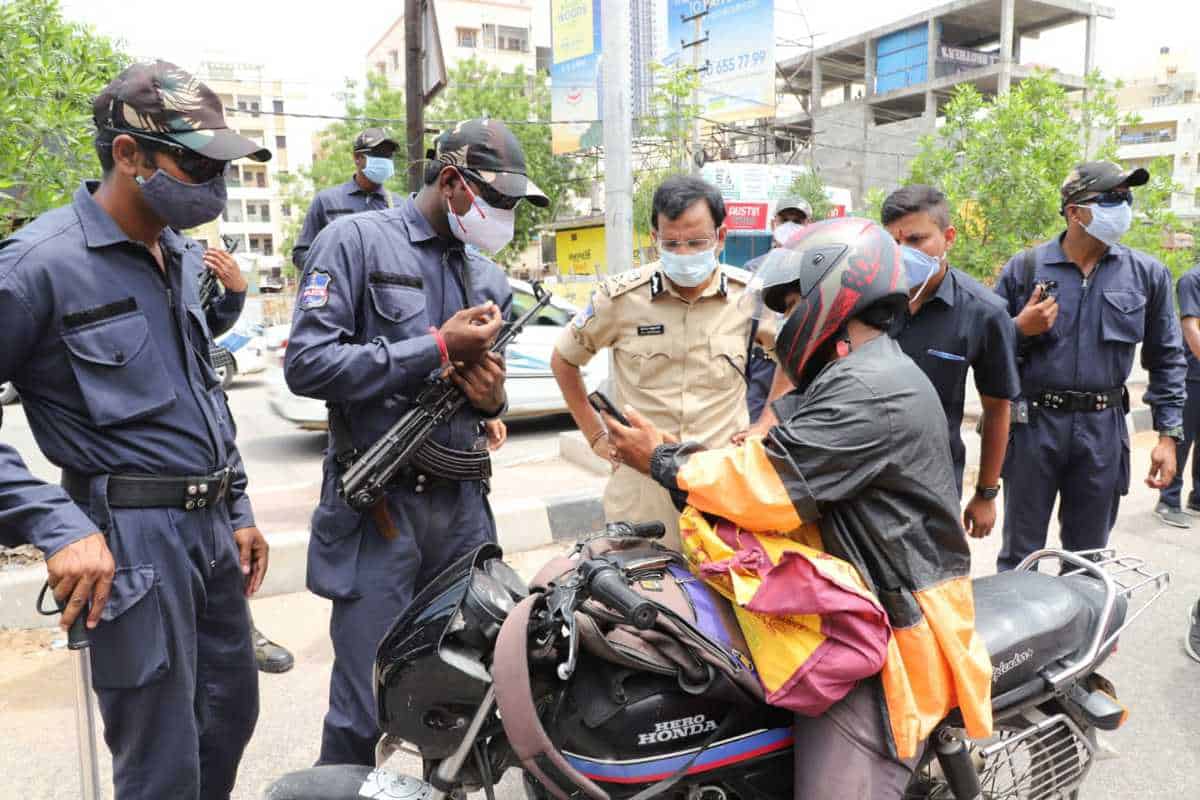 Hyderabad: In yet another complaint against alleged police high-handedness in the city, the Telangana State Hotels Association (TSHA) on Monday appealed to state IT and industries minister KT Rama stating that cops in the Kukatpally area under the Cyberabad police limits are intimidating businesses and not allowing them to operate. The letter to KTR come two days after the state police’s crackdown on lockdown violators, which also included a severe clampdown on food and e-commerce delivery executives.

In his letter dated May 24, TSHA president S. Venkat Reddy said that while the issue of delivery boys being stopped was resolved in the city, it is not so in the case of the Cyberabad police commissionerate, particularly in the Kukatpally are. Reddy claimed that delivery boys are being allowed to move, but that businesses for which they service are “being identified” (by cops), and their staff are being intimidated.

“When delivery boys are going to hand over orders, the police are noting down which establishments they are taking orders from. Then the cops go there and threaten the businesses, and shut them down. We don’t know why this is happening,” Venkat Reddy said, when contacted by Siasat.com. In his letter, he also pointed out to KTR that what is allegedly happening is in contravention to the state’s lockdown government order, which clearly allows food and e-commerce delivery boys to function.

The issue highlighted by the TSHA is a continuation of the many problems that have cropped up after the three city police commissionerates (Hyderabad, Cyberabad and Rachakonda) tightened its vigil against lockdown violators from May 22, Saturday. When contacted and asked about this issue for a comment, Cyberabad police commissioner VC Sajjanar however did not respond to the allegations by the TSHA. The story will be updated if he issues any statement.

SInce the police crackdown on May 22, several instances of police high-handedness and brutality have surfaced in the city, with many citizens complaining of cops misbehaving with them in spite of having valid documents to move about. The brunt of the police crackdown was however borne by delivery executives or boys, especially on Saturday, when the cops began detaining may of them and prevented them from making deliveries.

This was in complete violation of the state’s lockdown laws, and in fact, made the police itself a violator of the same laws it was trying to uphold. The checkings by the police are still continuing, with more than usual vigour. Over the past few days, Hyderabad, Cyberabad, and Rachakonda police commissioners Anjani Kumar, VC Sajjanar and Mahesh Bhagwat have themselves been out to oversee the patrolling going on at check posts.

Even state director general of police M. Mahender Reddy himself has also been doing rounds. Thousands of cases have been booked against lockdown violators, and hundreds of vehicles have also been seized by the police. In fact the DGP on Monday also said that seized vehicles will be released after the lockdown ends.