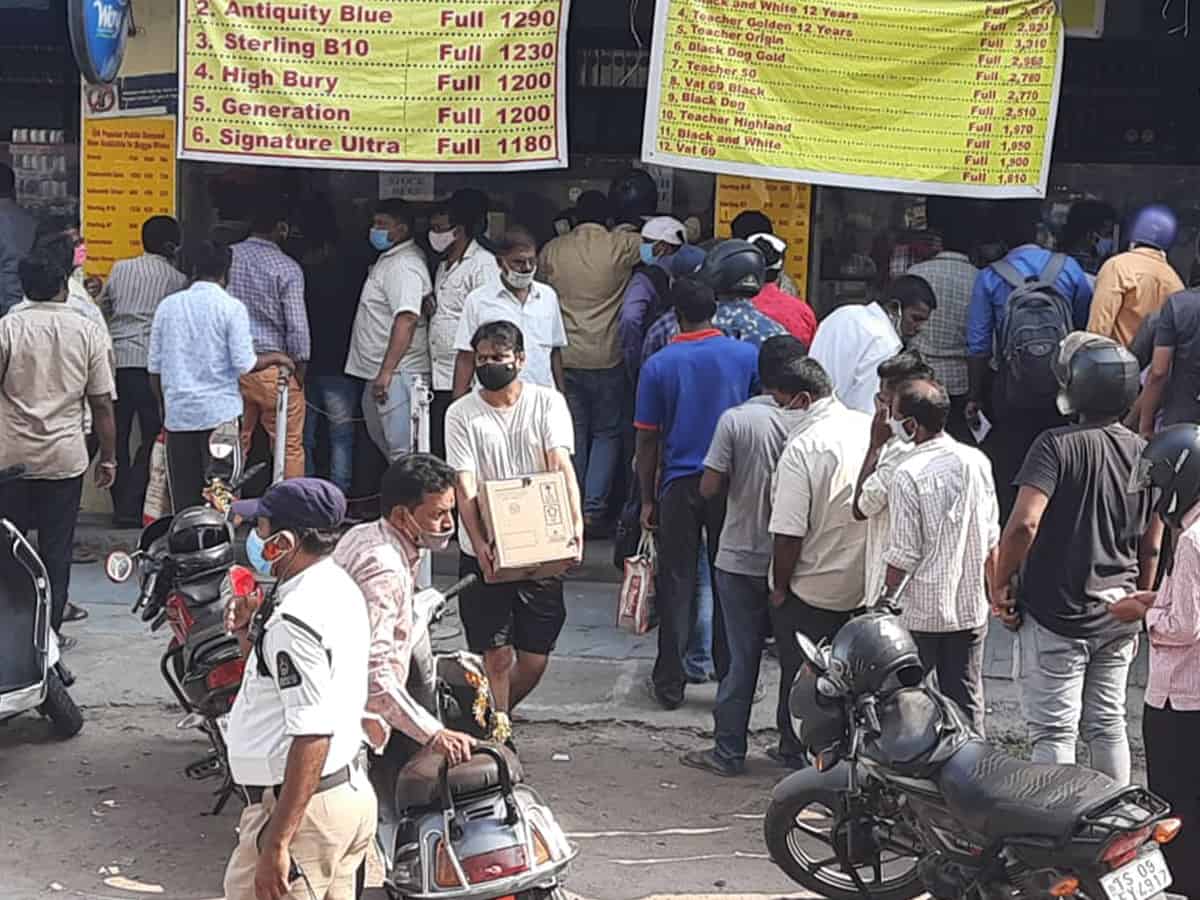 Market watches said that alcohol worth around Rs 25 crore was sold between 6 am- 10 am on Wednesday morning, before lockdown came into force, in Hyderabad limits alone. Across the state, over Rs 125.41 crore alcohol sales took place during the same time.

On Tuesday, after the lockdown was announced, tipplers thronged the alcohol stores to stock up. Bulk purchases were a common sight. The serpentine queues were seen until the shops closed owing to the night curfew at 8 pm.

Wine shops in the city exhausted all of their stocks on Tuesday evening and Wednesday morning, several reports noted.

According to the Telangana Wine Dealers Association, while there are 460 liquor outlets within GHMC limits the state has a total of 2,400 outlets, The News Minute said in a report. While shops within Hyderabad have an average sale of Rs 5 lakh on a daily basis, on Tuesday an average sale of Rs 15 lakh was recorded.

However, according to official figures by Telangana State Beverages Corporation Limited (TSBCL), liquor and beer worth Rs 9.33 crore was sold in Hyderabad on Tuesday.