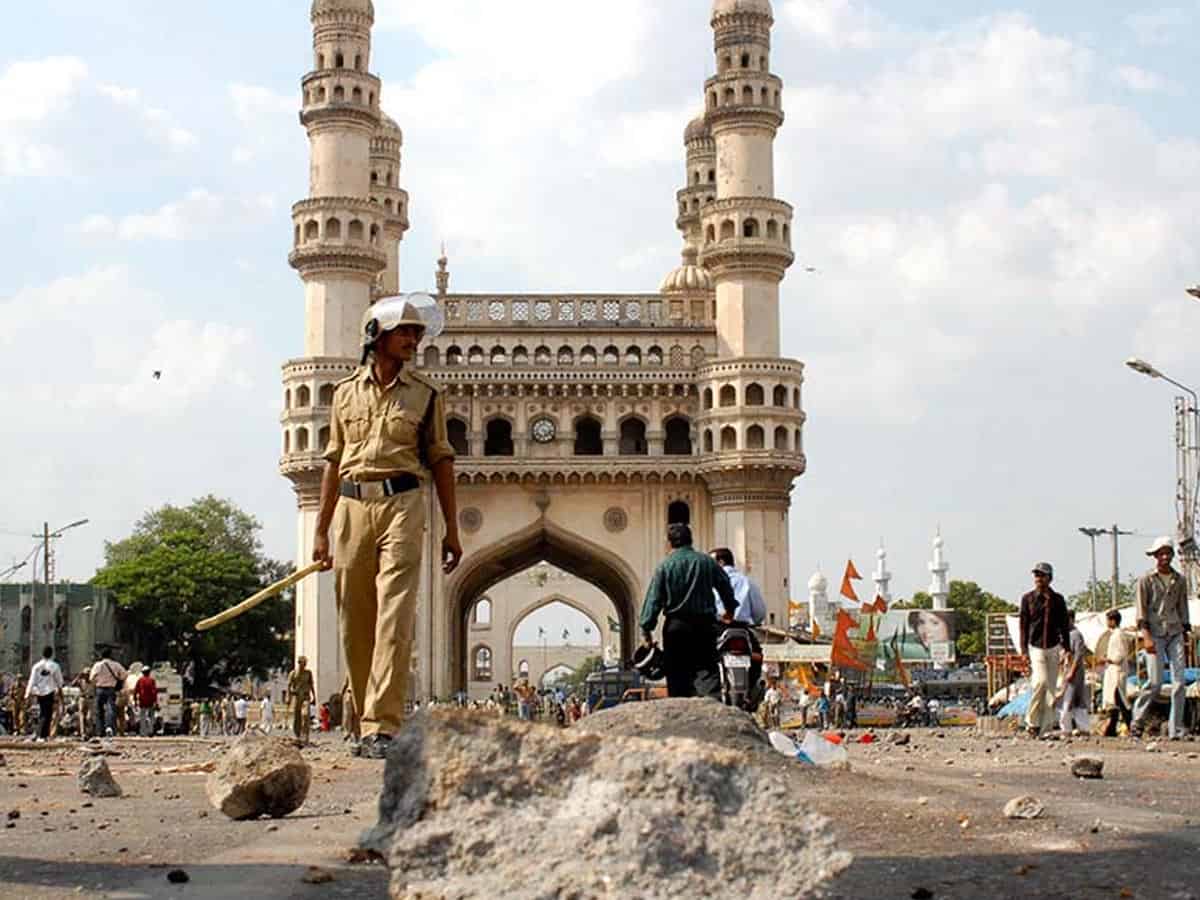 Hyderabad: Fourteen years after the bombing of the Makkah Masjid, which claimed several lives and sent ripples of fear over the safety and security of public spaces, and Hyderabad itself, the long quest for justice continues.

As it turns out, a separate writ petition which was filed in connection with the case was dismissed by the Telangana High Court, as a similar case was being dealt with by Supreme Court.

It was in 2018 that a special National Investigation Agency court, which was hearing the case, acquitted all five accused. This included Naba Kumar Sarkar, alias Swami Aseemanad.

Police records state that nine persons were killed in the explosion on May 18, 2007, and another 58 sustained injuries. Five others succumbed to bullet injuries after police opened fire on a mob which grew restive after the blast shattered calm.

The most recent development was in April this year.

For the sake of providing context, a separate writ petition was filed seeking directions from the court to declare section 21 (5) of the NIA Act, which restrains filing of appeals after 90 days, as ultra vires. This was on account of there being an over 90-day delay for filing an appeal. It is pertinent to point out that a similar case that of condonation of delay was heard by the Delhi High Court. The court passed favourable orders for the petitioner, one Farhan Shaik.

However, a special leave petition against the Delhi High Court was filed by the NIA the in Supreme Court. The writ petition filed in Hyderabad, seeking to declare the section of the NIA as ultra vires was dismissed in April this year on account of the SLP filed in the Supreme Court.

Back when the case was being investigated, security agencies picked up dozens of Muslim youth, suspecting them of having a hand in the terror attack. The youth were later exonerated, but their life would change forever.

Four persons, who are the family members of the victims of the blast, preferred an appeal against the verdict of the Special NIA Court in the Telangana High Court in 2018. This development came after it was clear that the NIA would not file an appeal against the judgement, which acquitted Naba Sarkar, alias, Swami Aseemanand, one of the five accused in the case.

This case came up for hearing in March, 2019 before a division bench of Chief Justice Thottathil B Radhakrishanan and Justice A Rajashekhar Reddy who observed that the NIA Act does not provide for the victim’s appeal, later observing that Section 372 ii of the Criminal Procedure Code deals with the victim’s right of appeal.

The issue was connected to the delay of over 90 days in filing the appeal against the Special NIA Court verdict. In due course of the hearing of the appeal, the NIA’s lawyers stated that the appeal was not maintainable on account of this delay. As per the NIA Act, there is a bar on appeals in High Courts after 90 days.
As of now, there is no further information as to what course of action will be taken.