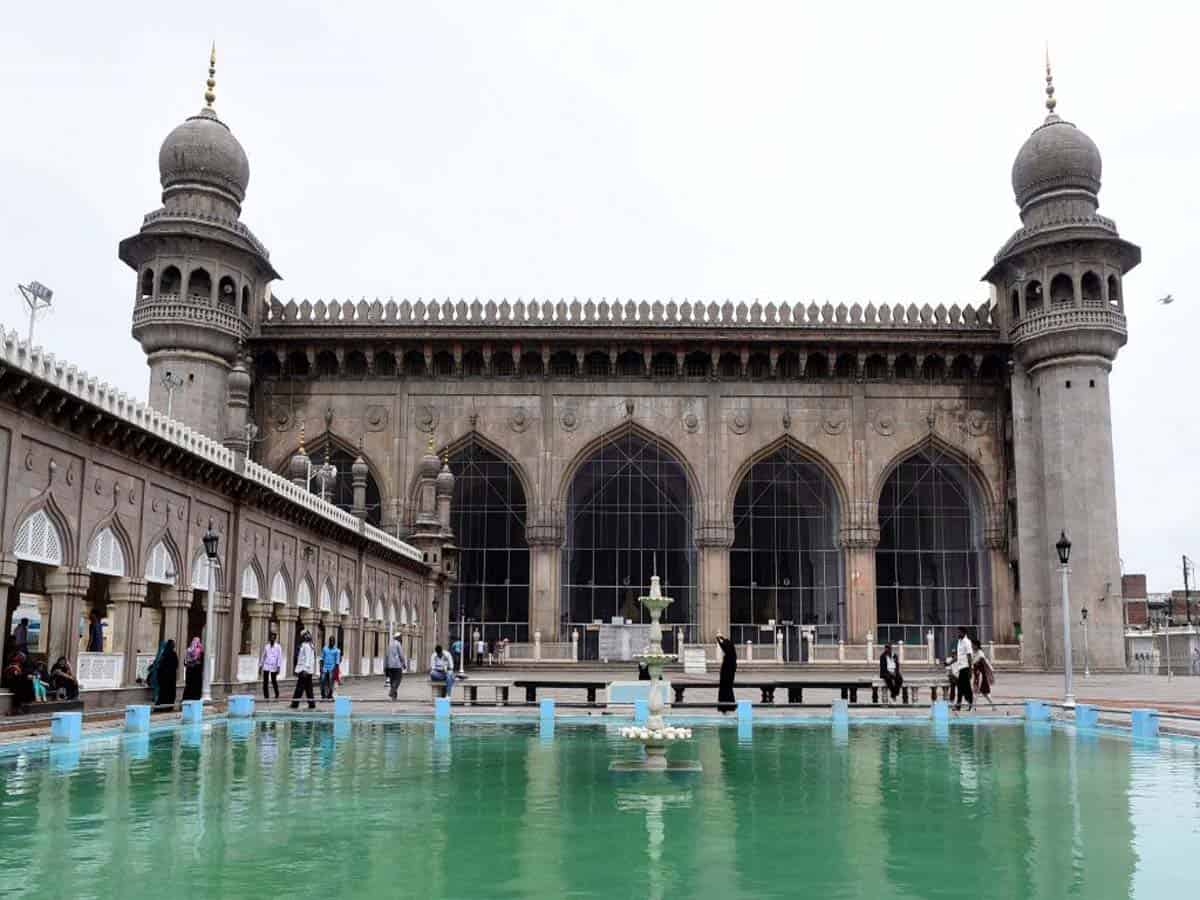 Hyderabad: While the state government had resources to increase the salaries of lakhs of government employees and extended their retirement age by three years, it has no budget to regularize services of just 30 employees of the two historical mosques in the city.

It is decided to outsource the services of 30 regular employees of Makka Masjid and Shahi Masjid after March 31.  The state government’s decision is causing great consternation not only among the employees and their families but among the Muslim community as well.

While the TRS government had no problem in sanctioning Rs.1800 cr to promote Yadadri Mandir and paying government equivalent salaries to Pujaris, it finds a mere 30 employees of the two mosques including Khatib, Imams andMuazzins as a burden.

The higher officials of the Minorities Welfare Department too seem to have no interest in the employees of the two historic mosques.  This is in spite of the assertions made by the Chief Minister regarding his respect for all religions and his interest in maintaining the mosques.

After March 31, the 30 employees of both the mosques shall be treated as outsourced employees of any company and paid their salaries accordingly.

The state government’s decision to outsource the regular services of the employees indicates the government’s apathy towards the mosques.

In the case of outsourcing, the contractor shall have the right to change employees every year.  The positions of Khatib, Imams, and Muazzins are venerable and hence it is unacceptable to treat them as outsourced staff.