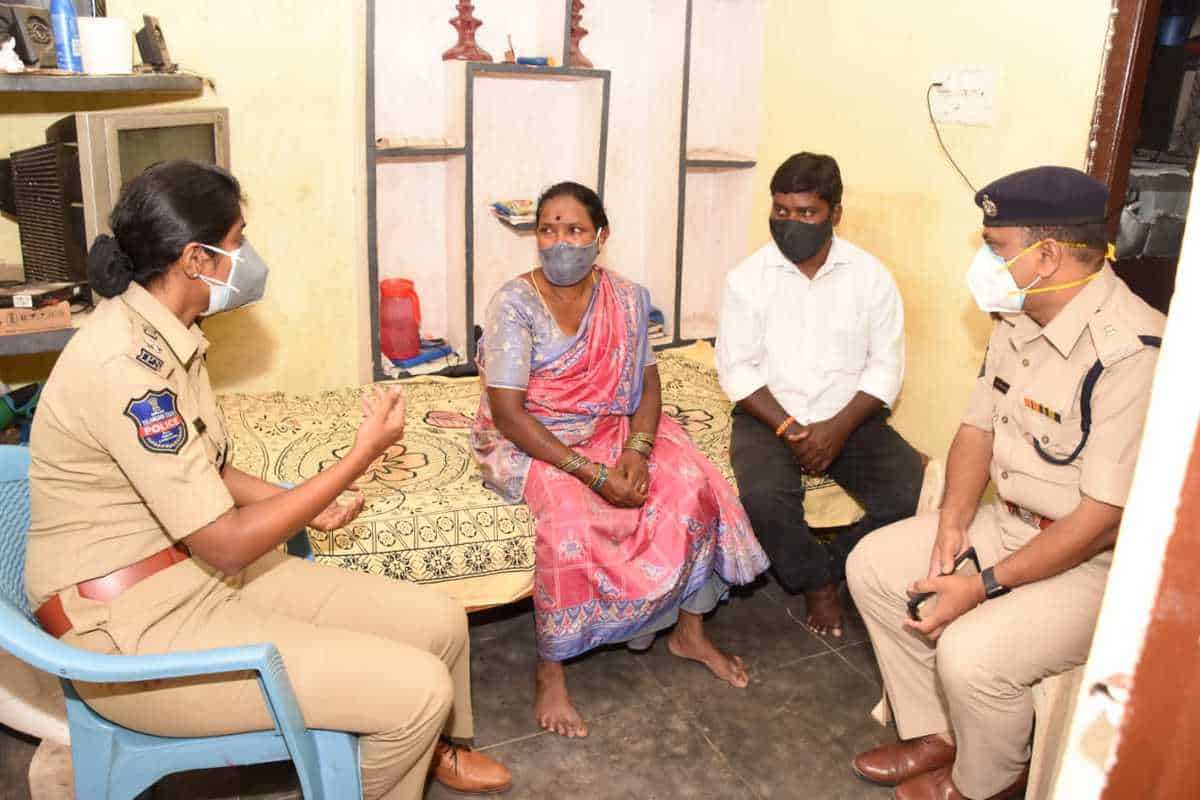 Hyderabad: Rachakonda police officials here appealed to two Maoists, Alwal Chandrahas and Pallepati Radha, to surrender and leave the banned Communist Party of India-Maoist organisation. Deputy commissioner of police Rakshitha K. Murthy and other officials met families of both persons and spoke with them, promising rehabilitation if they decide to surrender.

The underground CPI (Maoist) cadres, whose families the police met, have been working for the CPI-Maoist party for many years, and are natives who stay within the Jawaharnagar police station (under Rachakonda commissionerate) limits, which is in the Medchal Malkajgiri district.

On Saturday, DCP Rakshitha K Murthy and Shivakumar, additional DCP (Kushaiguda division) went to the homes of Chandrahas and interacted with his elder sister Alwal Parvathi and his brother-in-law Alwal Narsingh Rao at their residence at Yapral. They enquired about their health and other things. Similarly, they also went to the house of Pallepati Radha’s father Pallepati Balaiah.

Both families of the CPI-Maoist cadres were given groceries and were requested to appeal their wards to quite the CPI-Maoist party. “Nothing can be gained through violence. Leave the forest and come into public life. We will provide all care and medical treatment in case of an ailments. Do not lose lives unnecessarily in the pandemic period. Rehabilitation will be provided on surrender,” DCP Raksitha told the families, said a press release from the Rachakonda police.