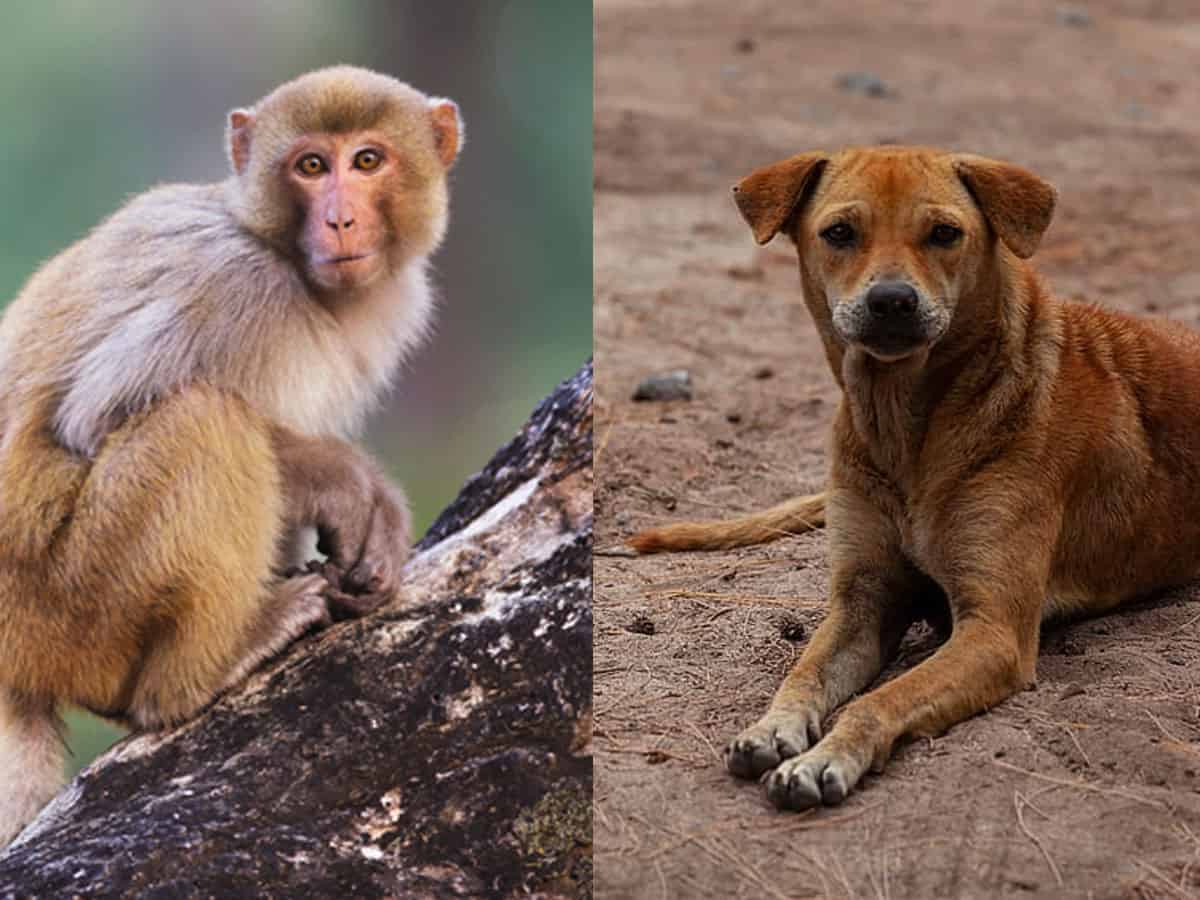 But, no less than 300 stray dogs are estimated to have been killed by poisoning in a small village in Andhra Pradesh around a fortnight ago. And, around the same time, in neighbouring Karnataka, at least 60 monkeys were found in gunny bags strewn along a country road one fine morning. Found dead or dazed, the simians are believed to have been drugged before their capture.

Predictably, the grisly incidents provoked a hue and cry in several quarters. Animal rights activists took up the matter in Andhra Pradesh, and local police reluctantly filed a case in the matter, finally. In Karnataka, the High Court taking suo motu cognisance, ordered an enquiry into the killings of the monkey.

While a few persons, belonging to traditional animal-trapper communities, have been arrested in Karnataka for the monkey murders, in Andhra Pradesh, the perpetrators have been identified as tribals who are animal hunters.

Both cases show certain disturbing similarities. In Andhra Pradesh, the animal rights activists have pointed their fingers at the village panchayat officials for ordering the disposal of the stray dogs which were overrunning the village.

In Karnataka, the monkeys were trapped and being transported away, allegedly at the behest of villagers fed up with the monkey menace to their crops.

While instances of cruelty meted out to animals regularly make their way to news headlines, these have generally been isolated cases involving individuals or small groups. In contrast, the recent incidents in Andhra Pradesh and Karnataka are a ‘commissioned’ crime. The one, by concerned village officials, and the other by irate villagers.

The scale and planning involved in these ‘organised’ pogroms, raises concerns and questions. The man-animal conflict over dwindling habitats is no longer about ‘wild’ animals like leopards, tigers, and elephants alone, but has expanded to include domesticated species and species that have acclimatised to urban surroundings, which are home to humans.

The above figures may just be the proverbial volcano’s tip, and not exactly reflect the ground realities because it is a given that every case of animal cruelty is not recorded. Secondly, these are just a number of cases filed, and do not detail the numbers of animals subjected to cruelty. Take for instance, the case of the 300 dogs killed in Andhra Pradesh, or that of the 60 monkeys in Karnataka.

A sharp rise in such incidents can be noticed over the last two years, which incidentally corresponds to the emergence of the covid pandemic. Of late, a number of animal cruelty cases have been initiated on the basis of videos trending on social media. It raises the question of whether remaining cooped up indefinitely in homes, is taking a silent toll on human sensitivities, leading to acts of cruelty on innocent animals. While it certainly does not justify such inhumane acts, the Covid fallout is definitely not to be ignored.

The abysmally low penalties and punishments laid out in the law, are also a factor fuelling acts of cruelty against animals. For instance, a Rs 50 fine is the highest penalty for a first offence under The Prevention of Cruelty to Animals Act, 1960.

“Dogs are poisoned, cows have been burned with acid, and countless other animals across India are abused every day — and the current penalties are often not enough to deter people who want to harm them,” states PETA India in its online campaign that demands a relook at the outdated deterrents for cruelty against animals.

A population explosion caused by lack of systematic birth control mechanisms for these species, is cited as the major factor behind this emerging problem. In India, kill rather than birth control, is the convenient mantra for civic officials tasked with maintaining hygiene in our villages, towns, and cities. For them, the costs of finishing off the problem works out cheaper than sterilisation the dumb animals. Animal rights’ activists on the other hand call for sterilisation programmes for these creatures as the solution, in the long run.

For now, even as the ball keeps getting lobbed from one quarter to the other, there’s no doubt that the problem has to be resolved — sooner rather than later. For all the problems that semi-domestic stray animals like dogs, cats and even monkeys cause, they do come with some benefits. For instance stray dogs and cats, play an important role as natural scavengers that keep rodents and disease at bay.

Eliminating them totally means inviting new problems, apart from the ethical issues involved in such flagrant vigilante responses. The man-animal conflict certainly seems to have come closer home, possibly, a bit too close for comfort.