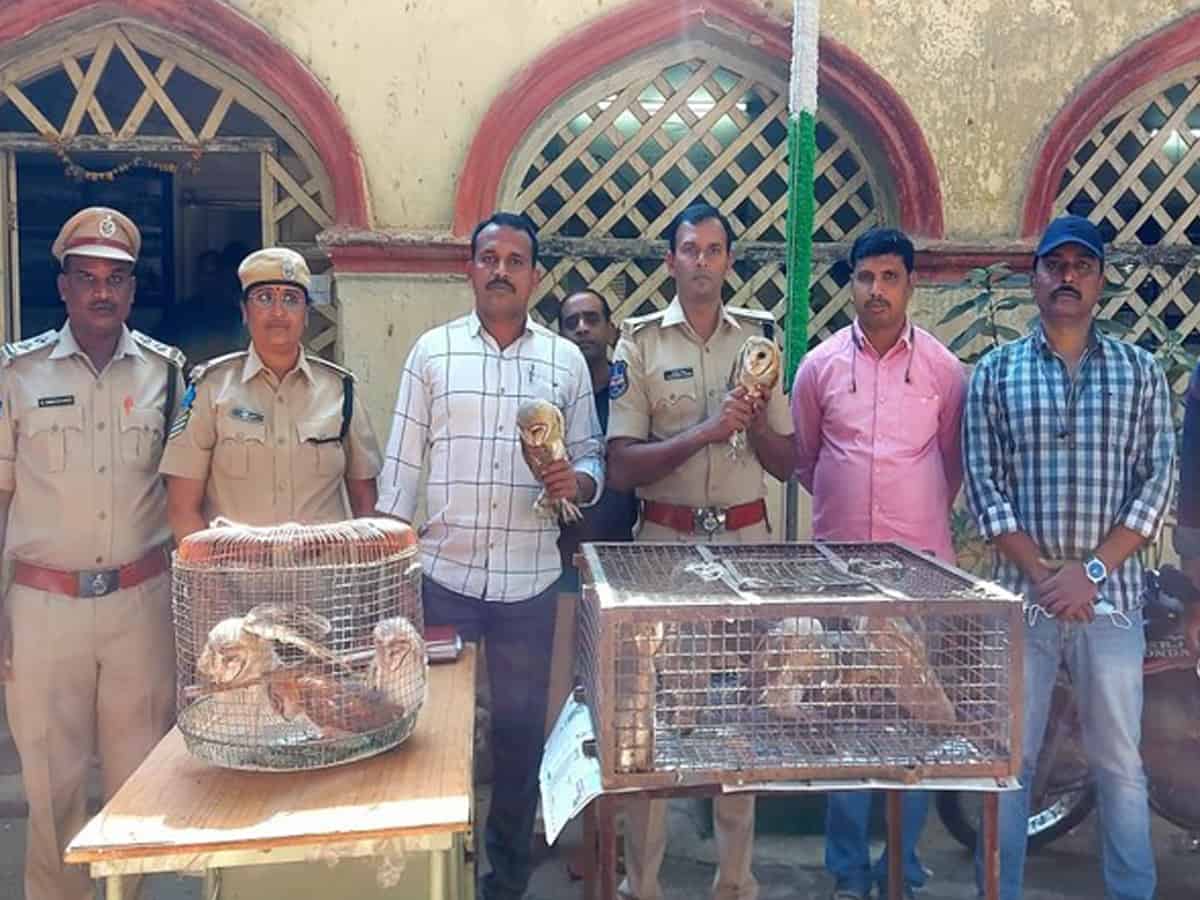 Hyderabad: Acting on a tip-off, the Commissioner’s Task Force, South Zone Team, along with the Forest Department on Wednesday apprehended a resident of Falaknuma and rescued 15 barn owls from his possession here.

As per a statement, the accused, identified as Kamran Ali Farooqui, had been selling the birds for the last five years at Mugri Chowk in the Hussaini Alam area.

According to police, Farooqui used to travel to Srishylam forest and surrounding villages daily. He targeted the dilapidated water tanks there where these owls stay.

The accused, along with the 15 rescued birds, have been handed over to the Forest Department for further investigation.