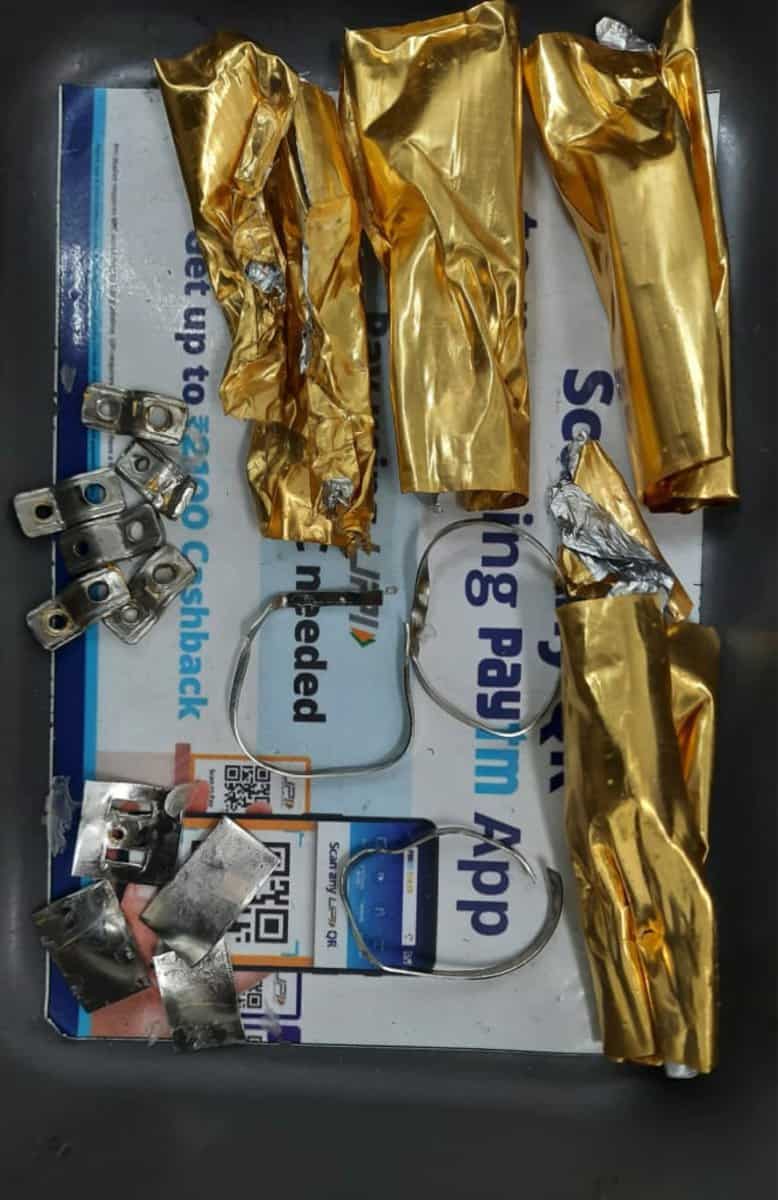 Hyderabad: The means to smuggle gold to the country has interestingly become pretty creative these days. A man was arrested by the Hyderabad customs authority at Rajiv Gandhi International Airport (RGIA) in Hyderabad for smuggling gold hidden in deodorant bottles, portable electronic scales, toy vehicles, and alarm clocks.

The customs officials were suspicious of the passenger’s actions who arrived at RGIA on November 25, from Dubai through an Air India flight (AI 952). The officials stopped him at the security checkpoint and searched his luggage, and seized 320 grams of gold from him. Thin gold foils were removed from different things carried by the passenger.

According to Customs officers, a complaint about gold smuggling was filed against the individual, and 320 grams of gold worth Rs.15.75 lakh was confiscated from him.

Similarly, on November 13, the customs officials detained a male passenger for smuggling gold concealed inside a hand pressure juicer.

He smuggled gold of 671.9 grams. He flew in a flight AI952 from Dubai to Hyderabad and the gold extracted from the juicer was worth Rs 34 lakh.

According to customs officials, based on a tip, officials intercepted the passenger and questioned him. Later during the search, they found a juicer in his baggage. On further questioning, he admitted to smuggling gold, which was later extracted by cutting the machine.