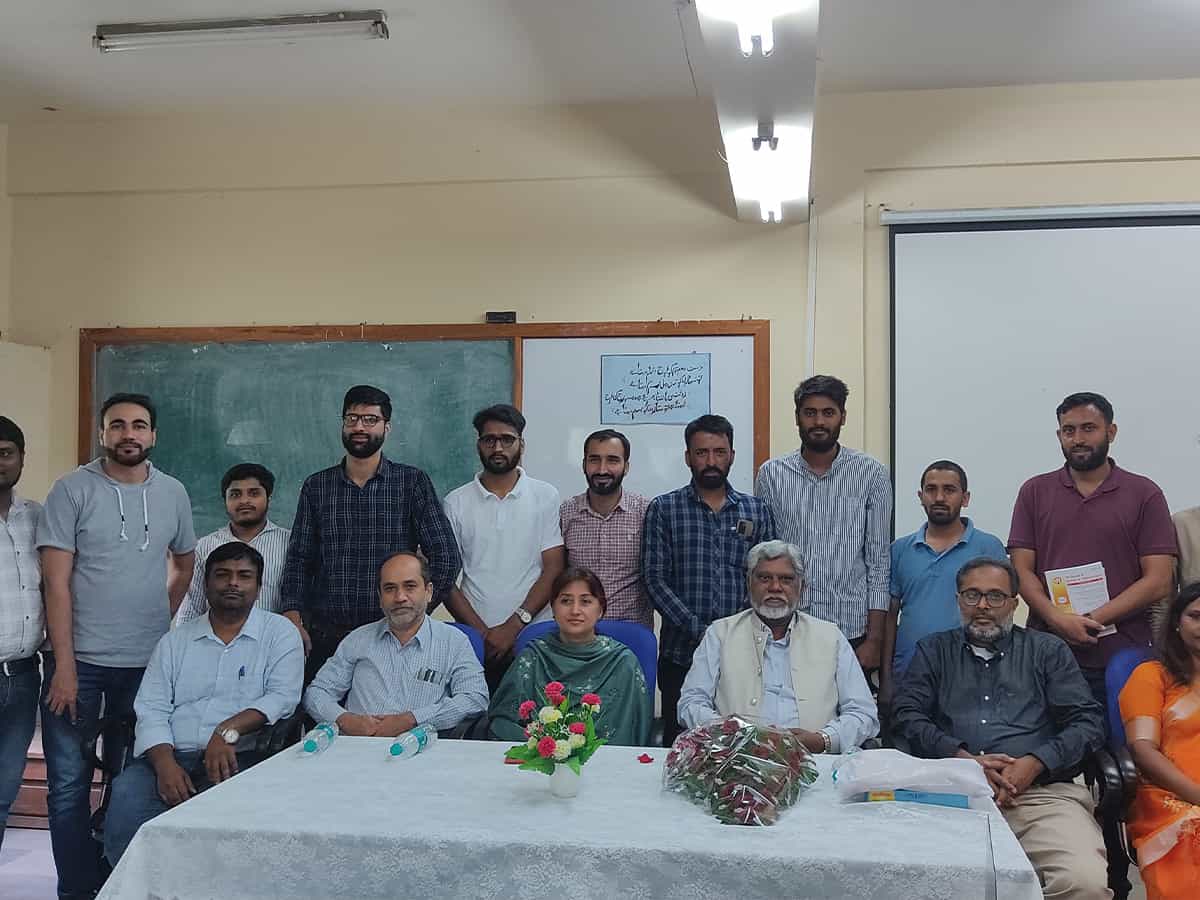 Hyderabad: The Department of Public Administration, Maulana Azad National Urdu University organised a farewell function for Prof S M Rahmatullah, Professor in Public Administration and former Pro Vice- Chancellor of  the University on 18th August. Prof Rahmatullah is retiring from the services on superannuation later this month. The function was presided over by Dr Kaneez Zehra, Head of the Department. The staff and the students of the department paid rich tributes to Prof Rahmatullah for his services.

Speaking on the occasion, Kaneez Zehra, recollected her association with Prof Rahmatullah from the time when she was studying in Osmania University. She acknowledged his contribution to the Department of Public Administration as its first Head and also as the Dean of School of Arts and Social Sciences. She said that Prof. Rahmatullah is a very sincere, hard working, dedicated and an excellent administrator who had handled different positions like the Registrar, Pro Vice-Chancellor and In-charge Vice Chancellor and contributed immensely to the development of the University.

Dr. Ishtiaq Ahmed, Assistant Professor, Directorate of Distance Education recalled the hard work put in by Rahmatullah to reach the highest position in his career. He instilled in the students the importance of hard work in order to excel in their respective fields.

Dr Syed Najiullah, Assistant Professor, Department of Public Administration, said that Rahmatullah, in his career spanning 15 years at MANUU, had held various positions and rendered service to the University. He also served as Vice-Chancellor of Sri Krishna Devaraya University, Anantapur, Andhra Pradesh for a brief period.

A good number of students and Research Scholars participated in the programme.

Najiullah conducted the programme and Ahmed Raza, proposed the vote of thanks