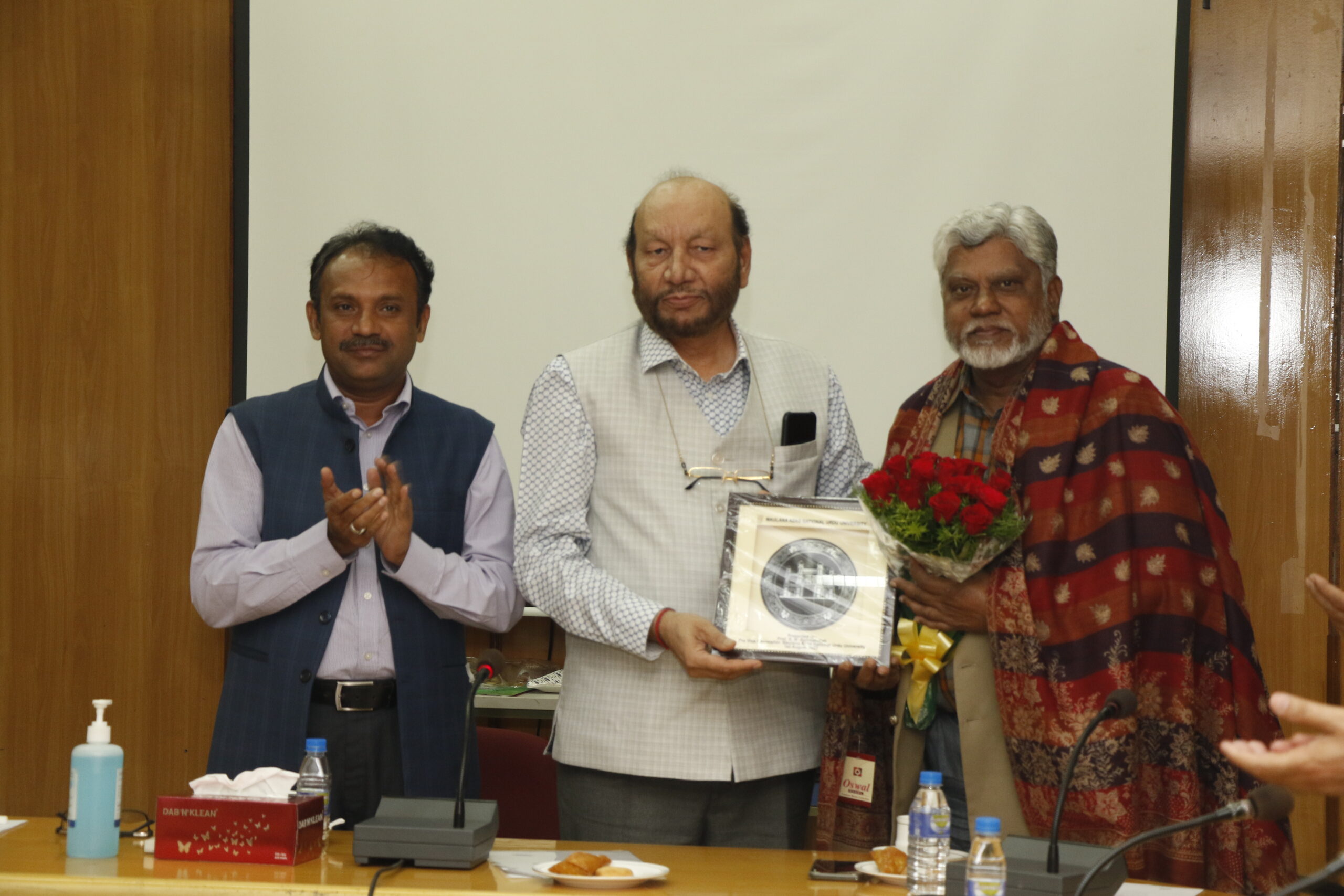 Hyderabad: Maulana Azad National Urdu University (MANUU) organized a farewell in honour of Prof Vice-Chancellor, Prof. S M Rahmatullah who will be retiring as a Professor of Public Administration on August 31.

Prof. S. K. Ishtiaque Ahmed, Registrar along with Deans, Directors and officials attended the function and appreciated his services to the University and described him a very humble, hardworking and honest official.

Prof. Rahmatullah who served the university in various positions in the last years said his achievements were possible because of the support he received from his colleagues.