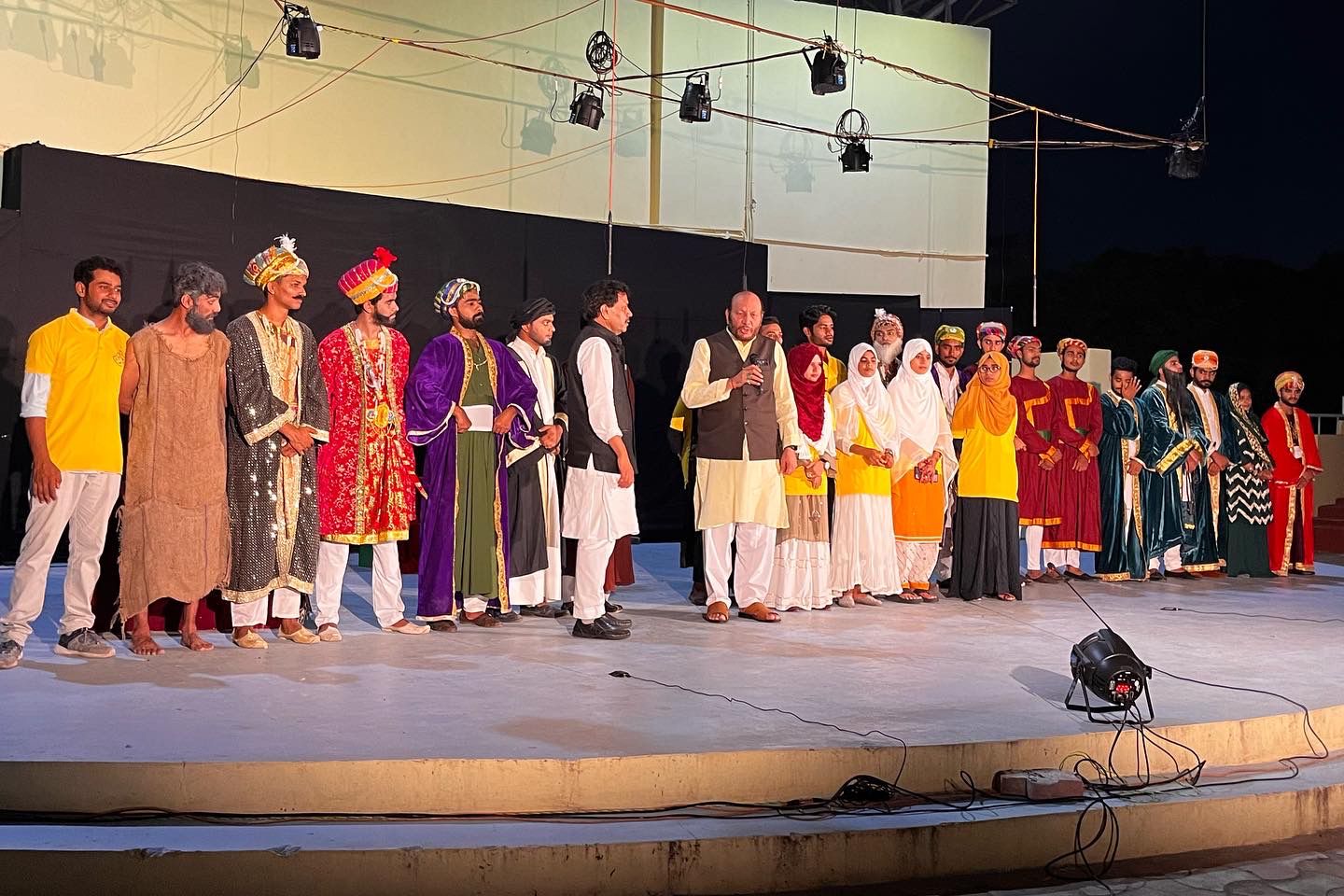 Hyderabad: The Drama Club of Maulana Azad National Urdu University (MANUU), staged a play on the life and sacrifices of the legendary Dara Shikoh, the eldest son of Shahjahan as part of the cultural night of the International Conference on “Dara Shikoh: The Harbinger of Peace”, organised by the Department of Persian and & Central Asian Studies  (DP&CAS).

The play  focused on the peace messages from Dara and Sarmad and tried to clarify the misinformation about both the characters and had a huge cast with nineteen people on stage and fifteen crew members backstage.

Ms. Musheera conducted the programme and costume was designed and prepared by Zainab Ghazali and Heena Perween, the set was conceived by Afia Perween and Husna Perween and the makeup was done by Perbin Naaj.
It was for the first time that the Club had done a complete in-house production.