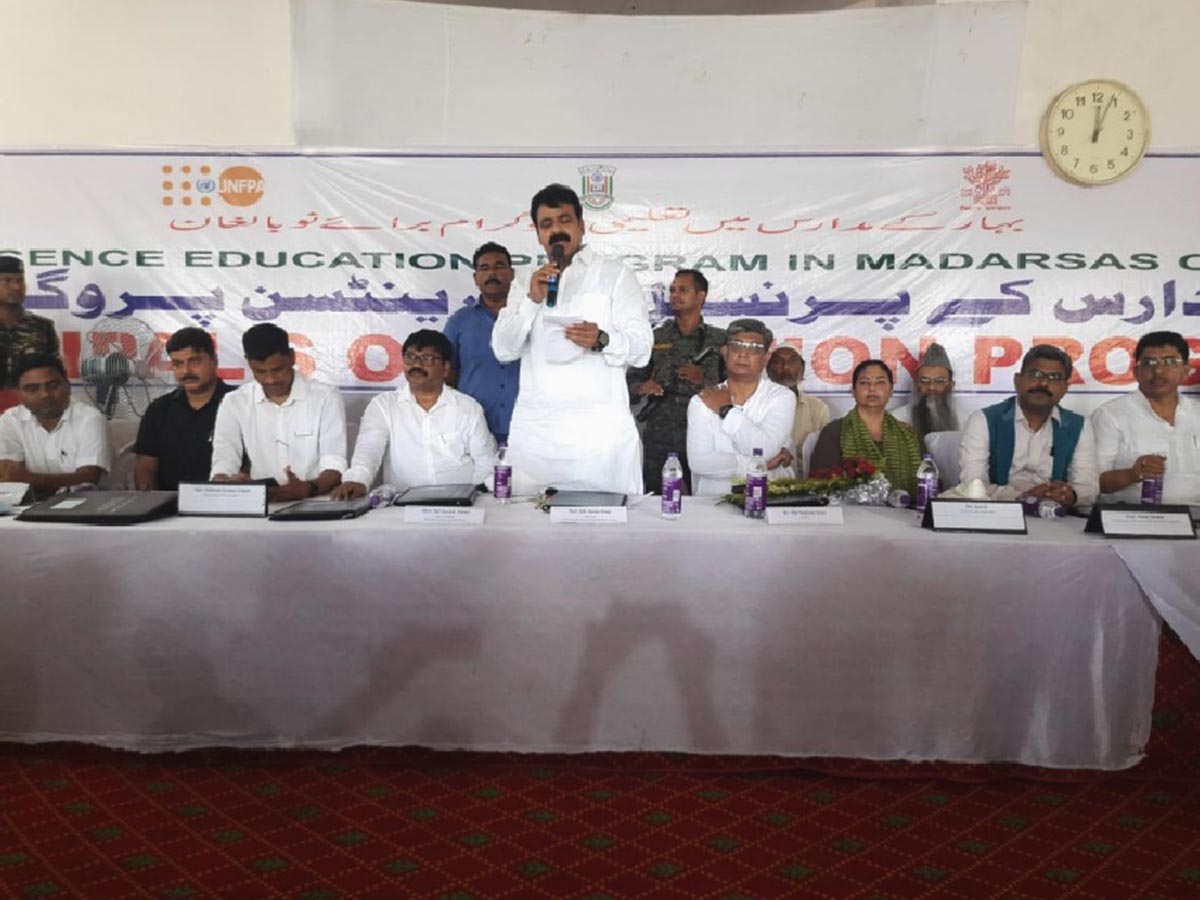 A press release from MANUU headquarters in Hyderabad said that Muhammad Zama Khan, Minister of Minority Welfare in Bihar, described AEP as a milestone in the development of Bihar. Every Madrassa Principal will put efforts in ensuring that AEP percolates to all Madrassa students. He appreciated the efforts of MANUU in the effective implementation of the programme.

Prof. Mohd Shahid, Project Director MANUU, said there is an overwhelming support from Madrassas as they have experienced the changing environment. Principals are happy with the active engagement of teachers and increasing strength of students in madrassas. Students are highly motivated with their participation in life skill transactions, conducting assembly, organizing weekly anjuman and creative expression activities. Madrassas are catering to the most marginalised sections of society which is required for the holistic development of the state, he added.

Manoj Kumar, IAS, who is Director Secondary Education, Govt. of Bihar and Chairman (I/C) Bihar State Madrassa Education Board, Syed Ansari, Secretary, Bihar State Madrassa Education Board, Ameer Afaq Ahmad Faizi, Joint Secretary, Minority Welfare also spoke on the occasion .
Nadeem Noor, UNFPA said the project  aims at making madrassas as centres of transformative learning. It will also strengthen the systems and processes in madrassas and develop creative and critical thinking. Its intent is to give impetus to creative expressions and aspirations of the students.
Prof. Faiz Ahmad, Project Coordinator while assuring all possible efforts for the effective implementation of the project by MANUU informed that till date 26 marakiz (centres) are in place and in coming months 24 marakiz shall be established in Seemanchal region.
Ms Keerti, UNFPA Bihar, District Education Officer, Kishanganj, District Minority Welfare Officer and MANUU project team were present on the occasion.