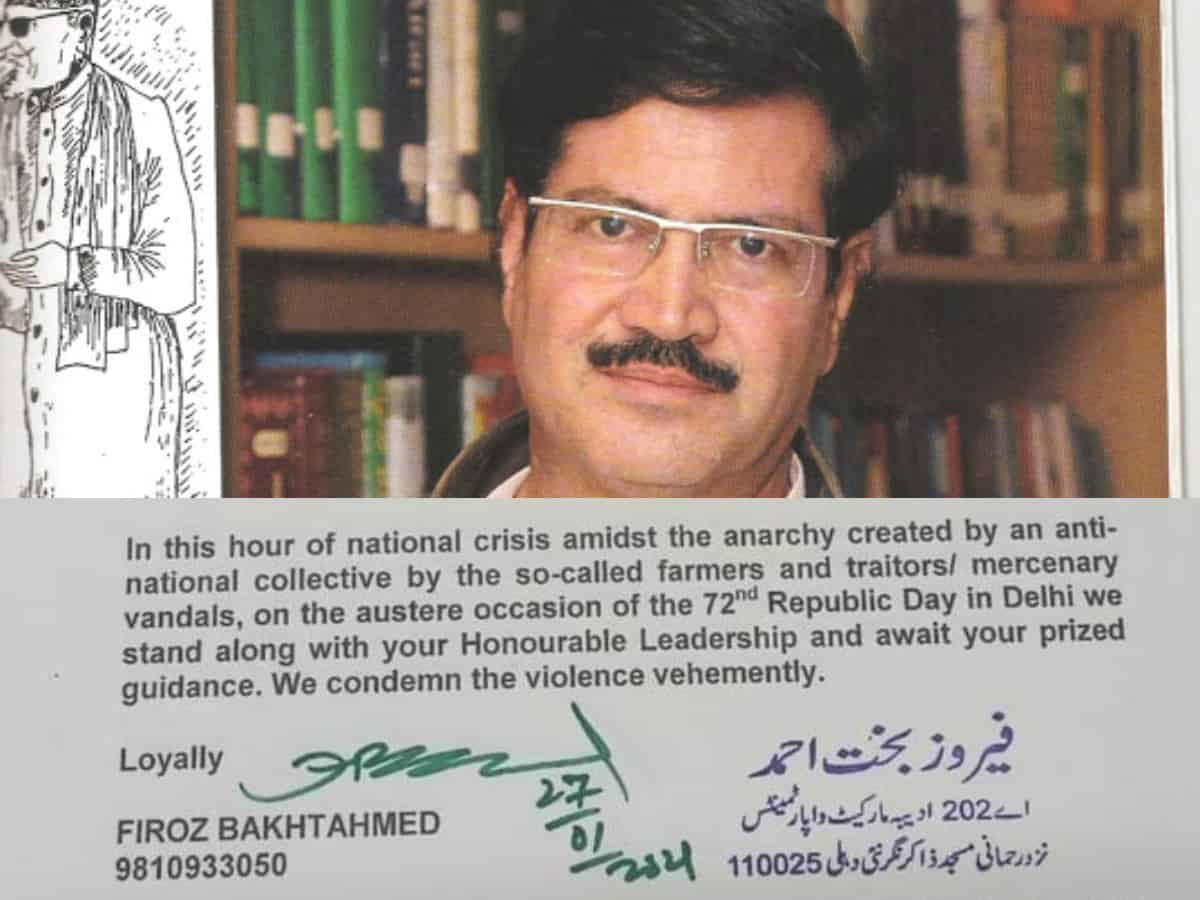 Undersigning as ‘chowkidar’ (watchman) chancellor of the university, Firoz Bakht Ahmed in his letter wrote that he would stand by the prime minister “in this hour of national crisis.”

Condemning the violence vehemently, Bakht wrote: “In this hour of national crisis amidst the anarchy created by an anti-national collective by the so-called farmers and traitors/ mercenary vandals, on the austere occasion of the 72nd Republic Day in Delhi we stand along with your Honourable Leadership and await your prized guidance.”

Last week, in a letter, addressed to the chairman of Ram Janmabhoomi Trust, he urged the Muslim community to make donations towards the construction of the Ram temple in Ayodhya in order to strengthen “interfaith bonding’.

Apart from that, he had also appealed to the Muslim community in favour of CAA-NRC, saying that ‘Modi is your well-wisher as his slogan for Muslims has been—”Ek haath mein Quran/Ek haath mein computer“.

He also sought the framing of a uniform civil code from the central government.