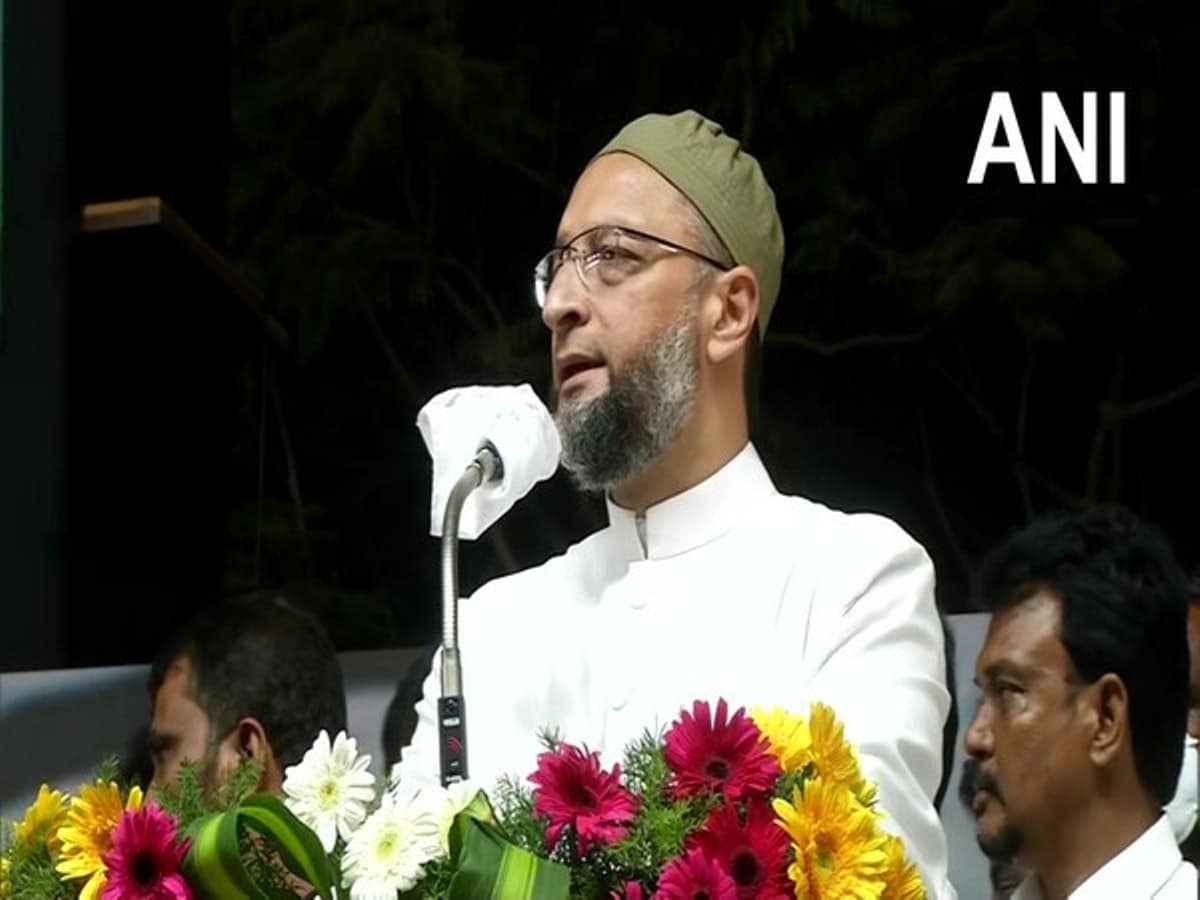 Hyderabad: All India Majlis-e-Ittehadul Muslimeen chief and Hyderabad MP Asaduddin Owaisi has said that many women have been victims of domestic violence during the lockdown.

Hyderabad City Police on Sunday laid a foundation of a ‘Bharosa Center’ at Zehranagar. The foundation stone has been laid by Mohammed Mahmood Ali, Minister for Home, Prisons and Fire Services of Telangana state in presence of Asaduddin Owaisi and Anjani Kumar IPS Commissioner of Police, Hyderabad city.

While addressing the crowd at the occasion, Owaisi said that women face a lot of violence against them and moreover during the lockdown, most of the women have been victims of domestic violence.

“Women always face a lot of violence and during the lockdown, they have been victims of domestic violence. Crime against women must stop and it is only possible when they are given equal position with men,” he said.

He said, “These Bharosa Centres are to stop the crimes against women and it is a fact that women have been subjected to violence and to stop this, everyone must come forward.”

Anjani Kumar, Hyderabad City Police Commissioner speaking at the occasion said the percentage of working women is increasing every day therefore it becomes necessity to provide safety and security to women.

“The percentage of working women has been growing day by day not just in India but across the globe. The Government of India has time and again introduced various laws for the protection of women like Prevention of sexual harassment at workplace act and many others.” He further said that it is due on part of the police to bring awareness among people regarding this law.

He said that Telangana especially Hyderabad City is growing in each and every field. “Looking at the growth of this Hyderabad City many companies are coming forward with investments creating jobs for the people of Telangana. This is very useful for the upcoming generations,” he said.

Hyderabad is safest city for woman to work

He further added that compared to any other city in the country Hyderabad city is the safest city for women to work.

He said, “After the establishment of Bharosa Centres, 76 convictions have been made under crime against women out of these 10 cases have been sentenced to life imprisonment. Moreover, 150 victims of various cases have received compensation from the Government.”

He further said that these Bharosa Centres will help in reducing crime against women and make the city, even more, safer for working women.

Mahmood Ali, the Home Minister for Telangana State said it’s happy to see that a Bharosa Centre is being opened in the Old City of Hyderabad. “When Telangana state has been formed, everyone pointed at Telangana regarding the establishment of law and order in the state. But now the state has grown to a position where no other state has such good law and order. ‘SHE- Team’ police have been initiated in Hyderabad.”

He said, “Bharosa Centres are very important to control the crime against women in the state. Women must be given equal importance like men are given and that is why nearly about 50 per cent of Corporators in Telangana are women, the mayor and deputy mayor of Hyderabad City are women and now TRS MLC is a woman.”