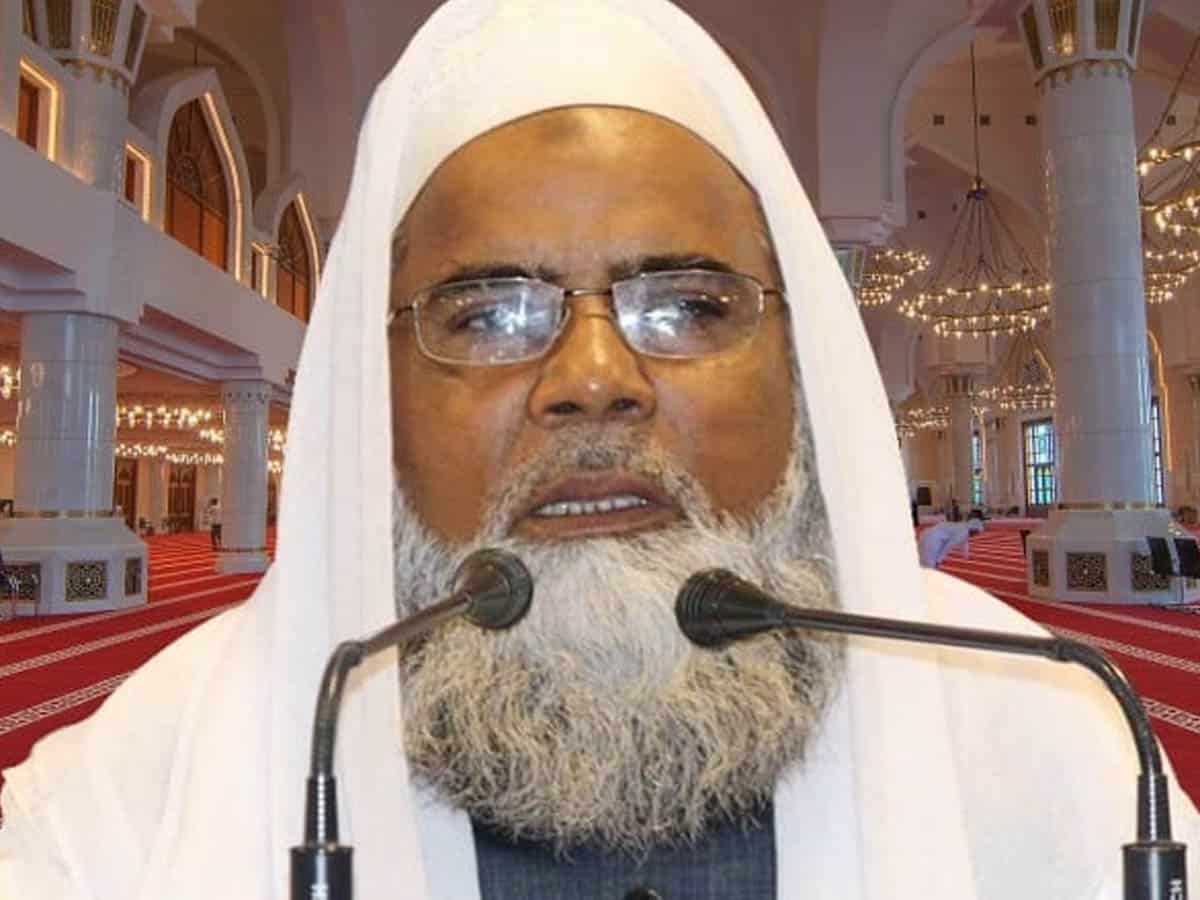 Hyderabad: After facing a storm of criticism for his Twitter thread suggesting certain restrictions on the use of loudspeakers for giving the azaan, All India Personal Law Board General Secretary Maulana Khalid Saifullah Rahmani on Friday has issued an apology.

In a statement released on Twitter on Friday, Maulana Khalid said that he had expressed his opinion in his personal capacity which was driven by certain expediencies. In response to several persons on Twitter and other platforms wondering whether the comments reflect the stand of the AIMPLB, he said that the opinions are his own and do not reflect those of the Board.

On Friday, he said that the azaan, the call for prayers, in its essence, is an announcement that should reach several people. In this regard, it is imperative to use loudspeakers and, as a matter of fact, their use is permitted by the shariat or the Islam law. While pointing out that to claim that the azaan is a cause for sound pollution, Maulana Khalid said that he had written an article on April 9th in which he stood by his stand, that there is nothing wrong in using loudspeakers to give the azaan. In certain cases, however, he had identified that the azaan should be given without loudspeakers.

“Firstly, this is a suggestion the bases of which are certain exigencies. This is neither an order of the shariat, nor it is the stand of the All India Muslim Personal Law Board or any other organisation.

Secondly, informed and sincere persons have brought to light that in the circumstances prevailing in the country this suggestion can prove to be problematic. Therefore, I am withdrawing this statement, and apologetic about it,” Maulana Khalid said in a statement.

It was previously reported on siasat.com that Maulana Khalid had tweeted his opinion.

Use loudspeakers for Azan from one mosque in a mohalla, says cleric

Soon after he made his opinion public, the Islamic scholar had to face severe backlash. Some individuals used filthy language against the Maulana who has been one of the persons of note at the forefront of the All India Muslim Personal Law Board’s activities ever since its inception. Maulana Khalid was the Secretary of the Board, and is now serving as its General Secretary. He is the author of several books of fiqh (Islamic jurisprudence) and the seerat (biography of Prophet Muhammad PBUH).