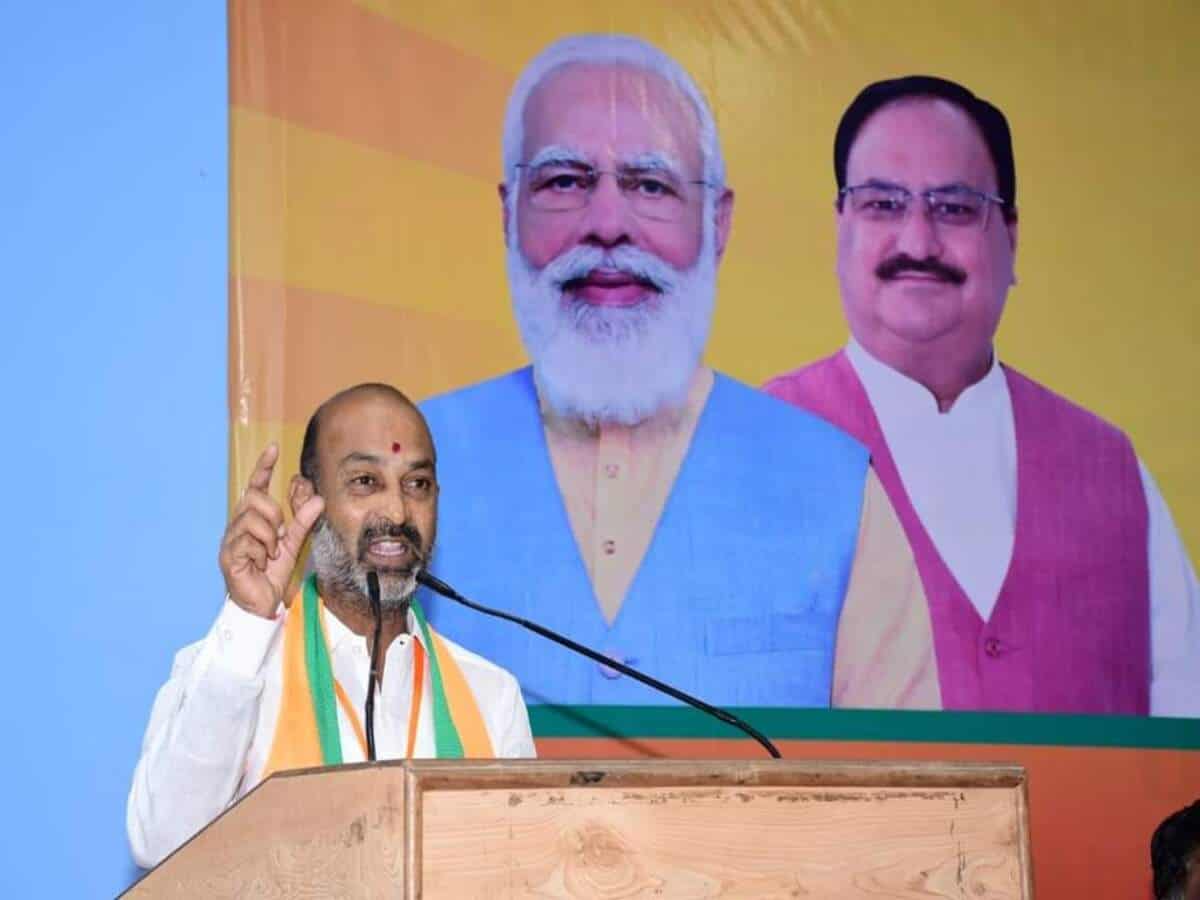 He claimed that no action was taken knowing that the accused belonged to Telangana Rashtra Samithi (TRS) and All India Majlis-E-Ittehadul Muslimeen (AIMIM).

He found fault with the TRS government for failing in bringing the accused to book, even five days after the incident.

“There is no protection for women in the state under the TRS regime. The accused in the rape of a minor girl have not been arrested even after five days of the incident,” claimed Bandi Sanjay.

Questioning why the names of the accused have not been disclosed and an FIR has been registered so far, Bandi Sanjay noted rumours that there could be TRS and AIMIM leaders in the car in which the girl was abducted.

He asked why they have not been prosecuted based on the CCTV footage and instead are being protected. “All this is indicating that whoever belongs to TRS and MIM is safe and is making people lose faith in the police system,” Sanjay added.

An incident came to light on Friday, wherein a 17-year-old girl was allegedly gang-raped under the Jubilee Hills police station limits. While the police are yet to make arrests, BJP has alleged that of the five perpetrators, one is the son of an AIMIM MLA and another one is a minority chairman’s son.