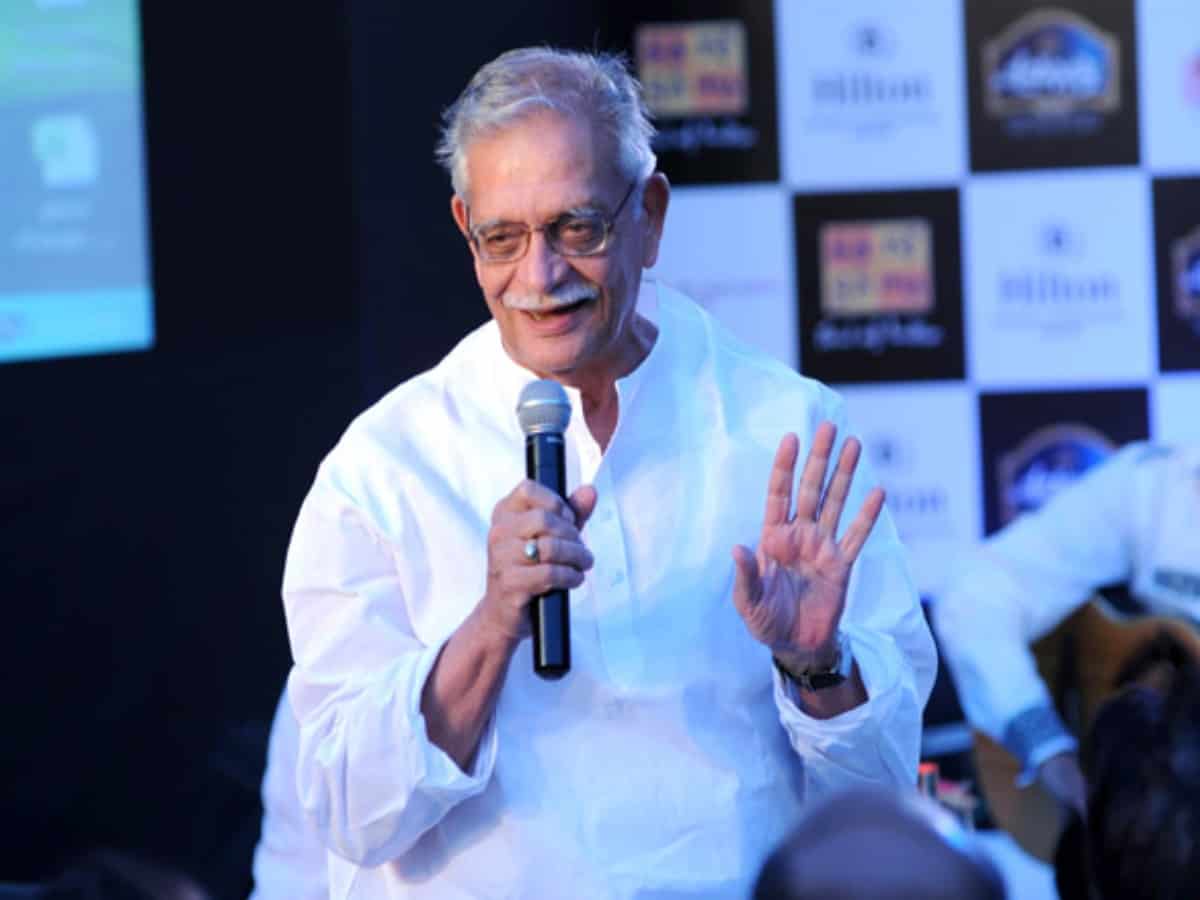 Hyderabad: The entire face of Indian poetry and literature cannot be judged or drawn with just one language, said eminent poet and lyricist Gulzar on Friday. Gulzar was speaking at the first session of the eleventh edition of Hyderabad Literature Fest.

“If you don’t listen and understand literature in different Indian languages, you cannot draw the face of Indian literature,” he said. Gulzar’s session at the festival’s ‘Kavya Dhaara’ was about his recent publication “A Poem a Day: 365 Contemporary Poems 34 Languages 279 Poets”.

Gulzar’s book, as the title indicates, involved translating works of 279 poets in 34 different languages into Hindustani. Saying that it took him eight years to compile it, he said that he tried to keep the imagery of the original poet intact while taking liberty in expressing it. “I use the word ‘transcreation’ because I took that liberty to change a few notes of expression, of course with permission,” Gulzar said. “I tried not to destroy their original poem and thought,” he added.

The book has a wide range of contemporary subjects, starting from 1947–the year which saw the bloody partition of India and Pakistan. “Poems like Subah-e-Azaadi by Faiz Ahmed Faiz, Ajj Aakhaan Waaris Shah Nu by Amrita Pritam are profoundly impactful,” he said. When periodically arranged, these poems across languages shows that he said, “our heart beats similarly, but the imagery and how it is expressed is different in each language.”

In the inaugural session where Gulzar was the chief guest, he said that he misses the feel of being in Hyderabad, the land of Quli Qutb Shah–including a visit to Charminar and Lad Bazaar, the taste of Biryani and the language of Dakhni.

HLF is being conducted from January 22-24 virtually owing to the Covid-19 pandemic. An annual event, HLF celebrates creativity and literature in all forms. Popular invitees in the previous editions include Javed Akhtar, Shabana Azmi, Jayram Ramesh, Adoor Gopalakrishnan, Rajdeep Sardesai, Sagarika Ghose among others.