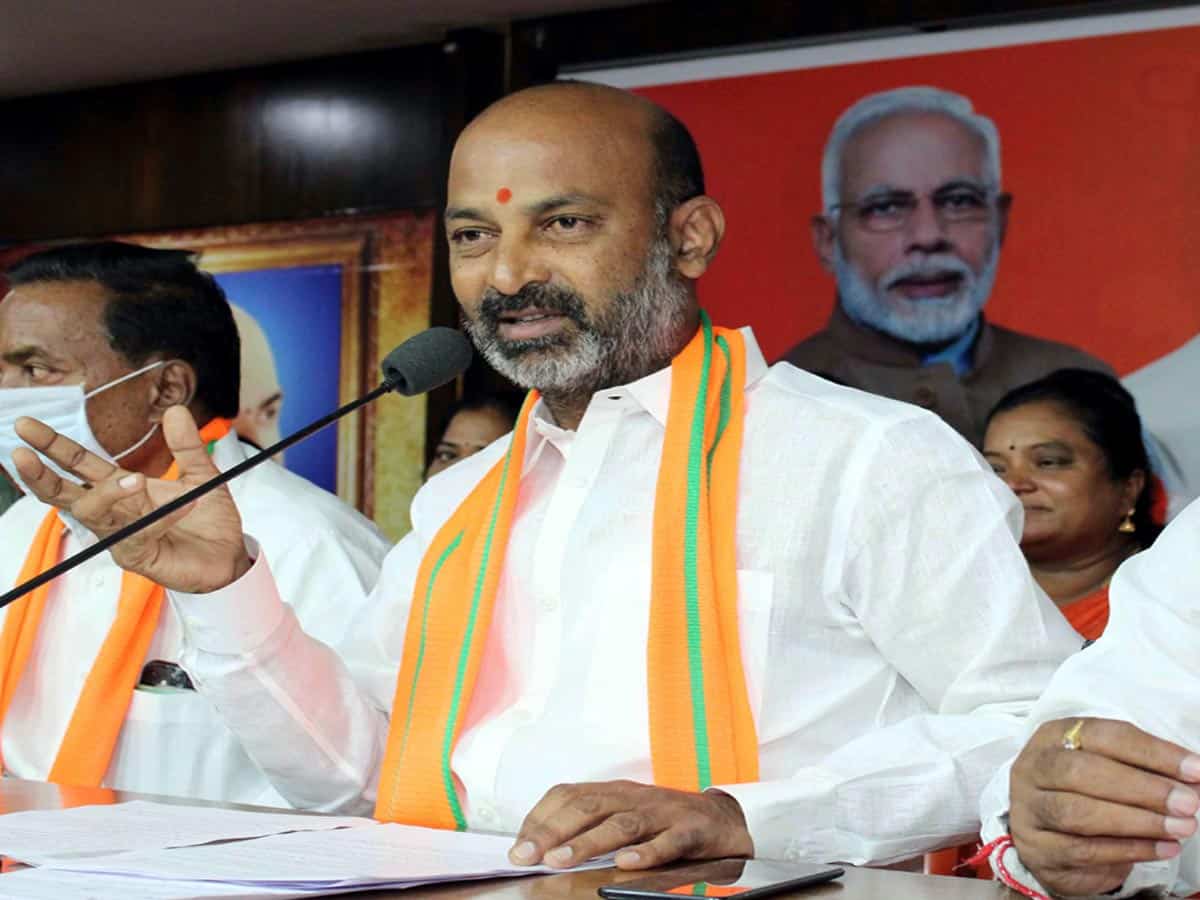 Speaking to media persons, he said that the BJP had registered a Moral victory in the elections. He said that the people of the state were aware of the reasons behind the victory of the ruling party.

Claiming that the party’s percentage of votes has increased in the elections, he said that the increase in the vote percentage had led to fears among the ruling party leaders. He alleged that some political parties had worked to ensure the defeat of the BJP .

He alleged that CM KCR had distributed huge amount of money to win the elections. He asked the CM as to why he did not give the PRC to the employees in the year 2018.

He alleged that the CM had also threatened the employees union leaders that he would remove all employees unions like he did in the case of RTC employees if they didn’t vote for his party.

He made it clear that they would not forget the Gurram Podu and Bhainsa incidents. Commenting on the upcoming by-elections at Nagarjuna Sagar assembly constituency he said that the party would certainly win in the by-elections as it would contest it with the party symbol lotus.

He said that they would go ahead in the elections with self confidence but not with over confidence. Responding to the question on the usage of foul language by him against the CM, he said the CM was his teacher in the issue.