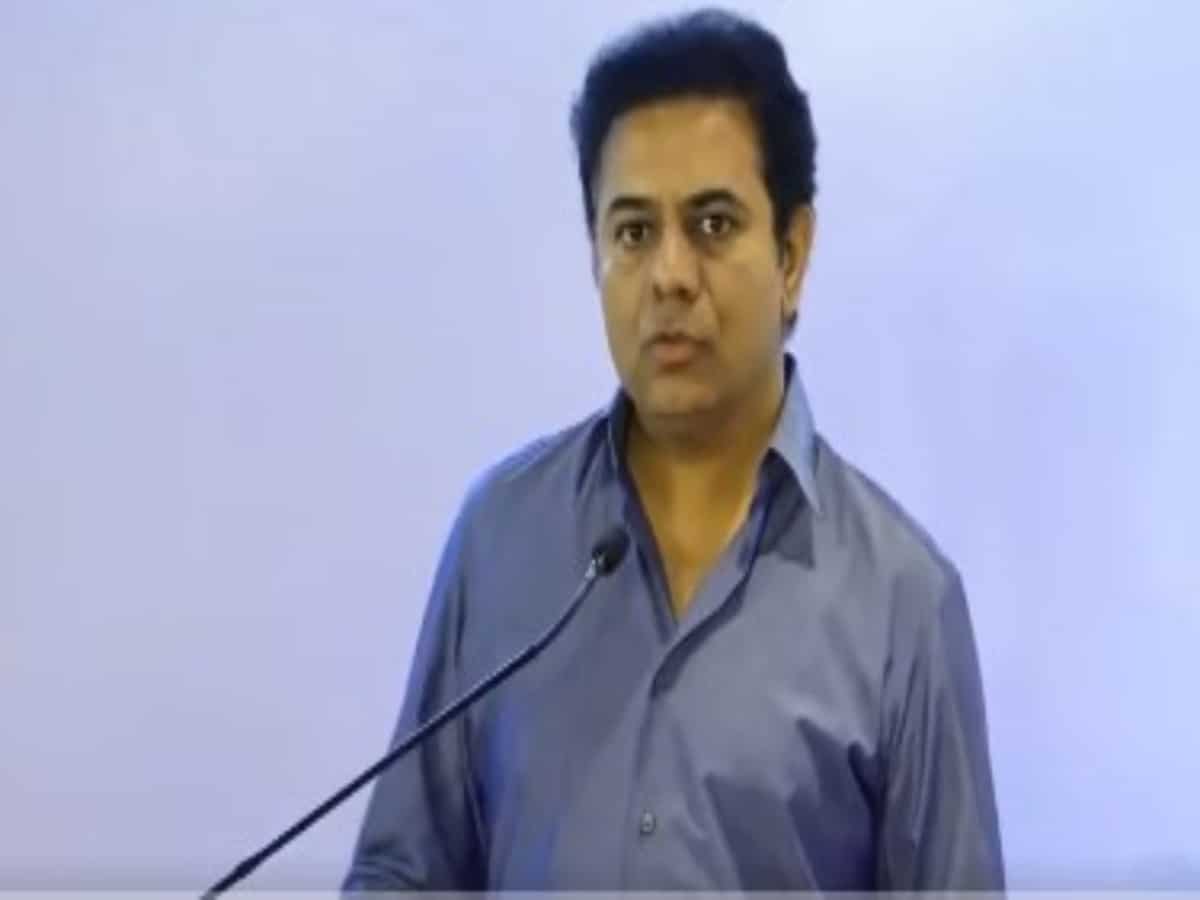 Hyderabad: Minister for IT and Industries KT Rama Rao alleged that the country was ruined under the leadership of Prime Minister Narendra Modi and no section was happy with the administration of BJP government at the Centre.

Addressing a public meeting after inaugurating the Kaithlapur RoB here on Tuesday, KTR said the Prime Minister had utterly failed to meet the aspirations of the people and had done nothing for the progress of the country during the last eight years, except spreading lies, hatred and creating divisions among people in the name of religion.

He alleged that the BJP government had shuttered the dreams of youth aspirants to join the defence forces by introducing Agnipath scheme and made mockery of the armed forces.

Citing a Union minister’s statement that Agnipath ensured a bright future for youngsters by training them as barbers, washermen, drivers and electricians, KTR asked whether the youth actually join the armed forces for these jobs.

Listing out Narendra Modi’s election promises, including depositing Rs.15 lakh in bank accounts and eradicating black money within 50 days with demonetization and his failures to control the prices of diesel, petrol and cooking gas, the TRS working president said the common man was nothing benefited under the BJP government and the injustice was meted out to the Telangana.

He also ridiculed the BJP’s plan to bring all its top leaders, including the Prime Minister and Union Ministers to Hyderabad in the next few days and sought to know what they would do here when no help or support was given by the Centre to Telangana.

” All BJP leaders, including Narendra Modi should give answer to the people what they have done to the Telangana and how many projects have been sanctioned to the State,” KTR asked.