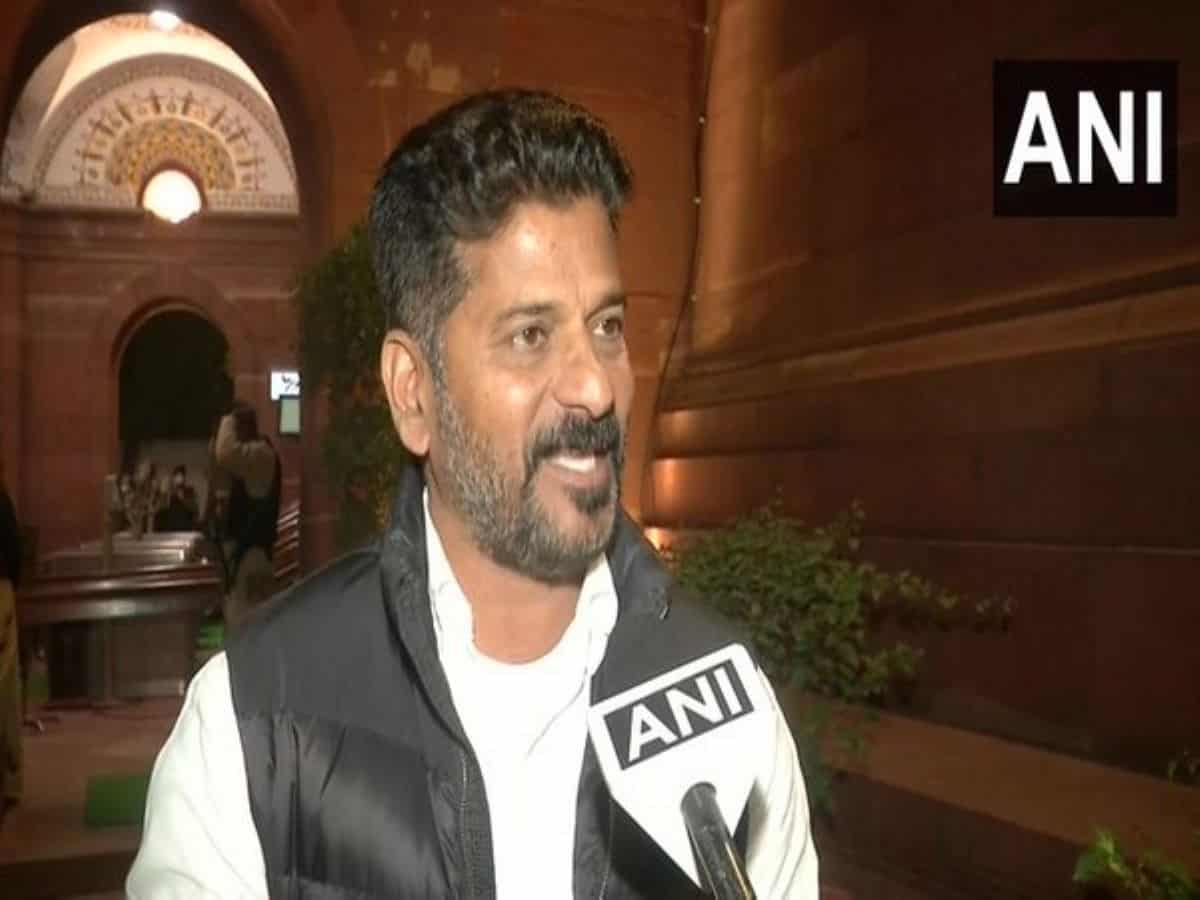 Hyderabad: Telangana Pradesh Congress Committee (TPCC) Chief A. Revanth Reddy on Sunday alleged that Prime Minister Narendra Modi and Telangana Chief Minister K Chandrasekhar Rao were hand in glove in Telangana state. He also alleged that the two leaders were secret friends and added that they support each other whenever there is a need. He said that the main aim of CM KCR was to destroy UPA and claimed that the CM was indirectly helping rival BJP as part of an agreement with PM Narendra Modi.

He alleged that the TRS and the BJP were supporting each other to ensure that Modi become the PM of the country and KCR become the CM of Telangana again. He cited recent communal riots in the state to support his claims and added that ordinary people of the state were sustaining losses in the political games of the TRS and the BJP. Warning that there was a great threat to the state from the TRS and the BJP, he said that there was a need to chase away the two political parties from Telangana. Revanth made these remarks while interacting with the Munogodu assembly constituency ticket aspirants, who could not get the ticket eventually. The ticket aspirants, Palle Ravi Kumar, Kailash Neta and Ch. Krishna Reddy met with the TPCC president at his residence in Jubilee Hills.

Speaking on the occasion, he told the ticket aspirants that the party high command decided to field Palvai Sravanthi from the Munugodu assembly constituency under some special circumstances. He said that he was very happy that the three leaders had not only respected the decision of the party high command but also pledged to support Sravanthi in the election campaign. He promised to provide suitable opportunities to the three leaders in the party in the future.

Targeting rival BJP, he alleged that the BJP had adopted a divide and rule policy, which was the policy of the British rulers, to rule the country. He warned that the country was going towards a perilicious situation under the leadership of PM Narendra Modi. He made it clear that the upcoming by-elections in Munugodu is very important for the Congress party to expose the lies and frauds of state and central governments. He said that all the party leaders had promised to work hard for the victory of the party candidate in Munugodu.

Meanwhile, Revanth demanded the state government to immediately hold discussions with the VRAs of the state and solve their problems. He said that several VRAs were committing suicides as the promises made by CM KCR to them in the state assembly were not fulfilled till now. He said that 28 VRAs died in the state in the last 50 days. He alleged that CM KCR became responsible for the deaths of TSRTC workers in the past.