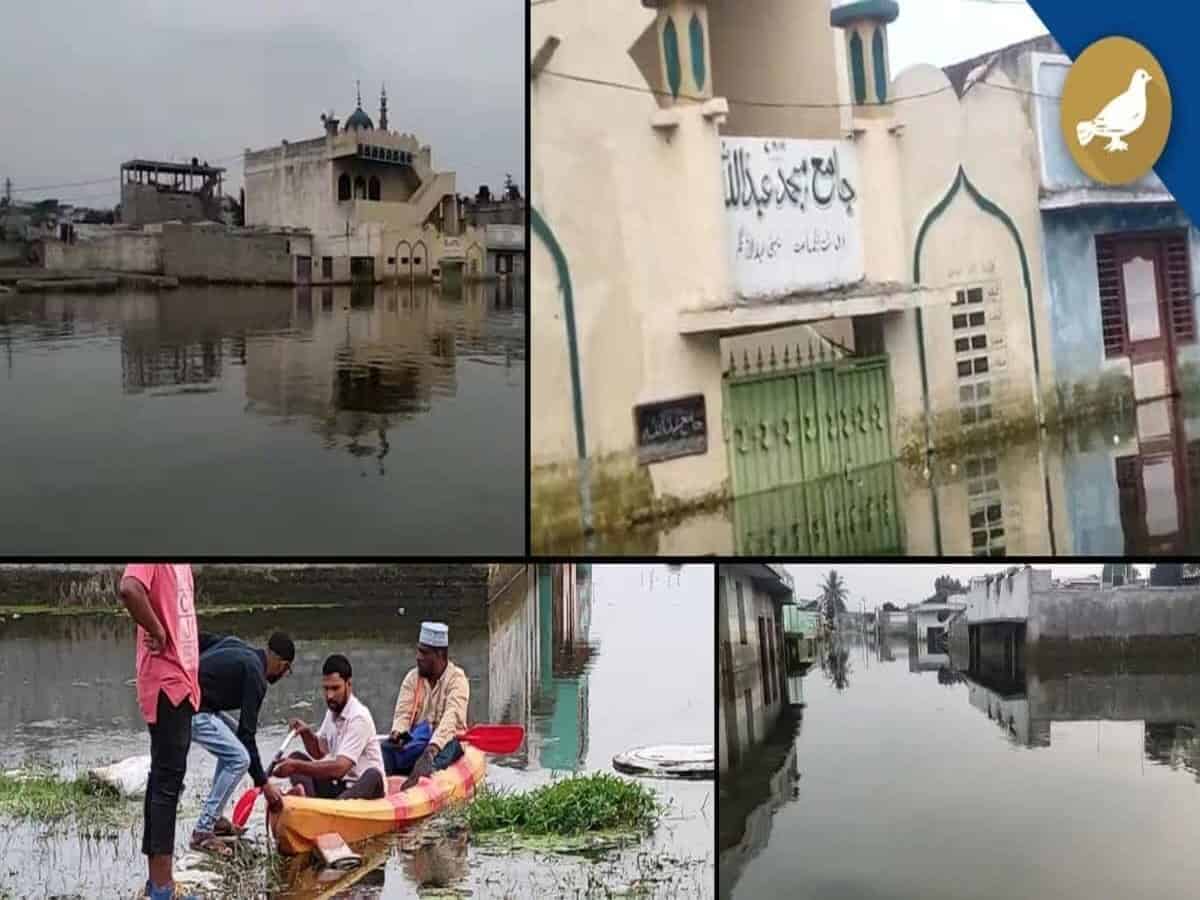 Hyderabad: With monsoon around the corner, the residents of areas around Jalpally particularly those residing in Osman Nagar are living under a threat of flooding all over again. These areas have been facing flooding ever since the year 2000.

The Nallah work project was launched to provide relief to people of areas like Osman Nagar, Arafath Colony, Mariyam Colony, Mawazeer Colony, Amreen Colony, and Nabil Colony, which face flooding during the rainy season every year.

Though the Strategic Nallah Development Project (SNDP) Nalla work was planned from Kummarikunta to Gurram Cheruvu last year to drain out rainwater from the affected areas during the rainy season, a large portion of the work is still to be completed.

According to Municipal officials, a proposal to construct a Nallah from Kummarikunta to Gurram Cheruvu was approved in April 2021 at an estimated cost of Rs.10.66 crore under Phase-I.

The work commenced only in March this year, almost a year after sanctioning a total length of 2,000 meters, merely 640 meters of work was started so far and only  280 meters of length was completed till now.

The people in the above colonies are living under a constant fear of flooding due to the non-completion of Nalla works.

In March this year approval for the second phase for a length of 900 meters was given with a budget of Rs.27.26 crore.