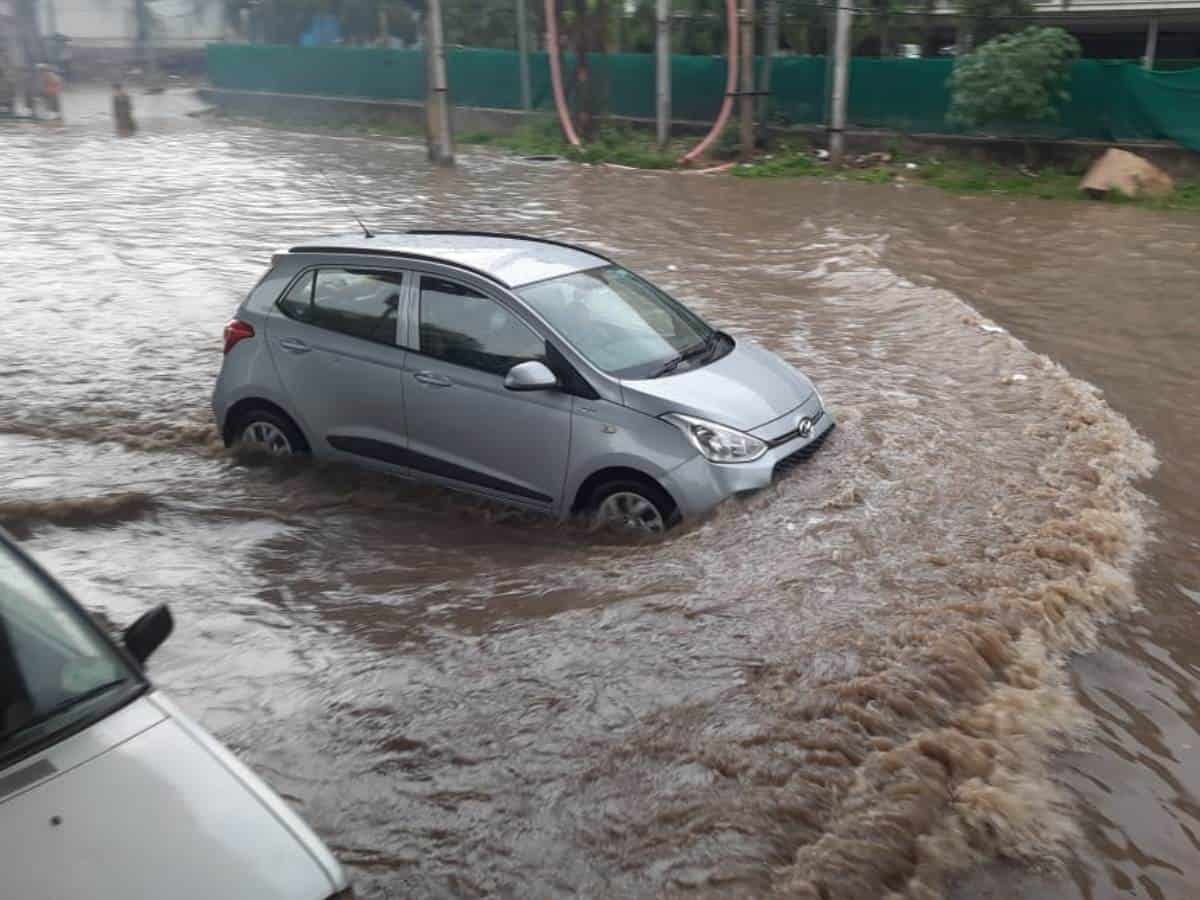 Hyderabad: With the onset of the rainy season the draining of rainwater has become a critical problem for the residents of the twin cities.

Before the onset of the monsoon, GHMC officials routinely claim to prepare for dealing with waterlogging in city areas.   The rain during the last two days betrayed the false claims of the civic authorities.  The waterlogging in different parts of the city had caused immense damage to homes and shops,

The  Greater Hyderabad municipal corporation (GHMC) had identified 89 waterlogging-prone areas where the rainwater could accumulate in case of heavy rain.

The GHMC officials claimed to prepare for draining out the rainwater. The officials of the engineering wing have divided the 30 areas into different categories.   Under the category “A” there is a likelihood of severe water logging while 6 places may face minor issues.   Under “B” category 32 and under “C” category 27 areas were identified.

According to the civic officials, about 52 percent of areas were increased where waterlogging may occur during the rainy season where the officials have decided to drain out the water through pumps. The emergency teams were provided the necessary equipment for draining out the rainwater.

Last year 189 areas were identified which include  44 with grave situations.  According to the official, 12 engineers including Superintendent engineers and executive engineers were entrusted with the responsibility to drain out the rainwater.