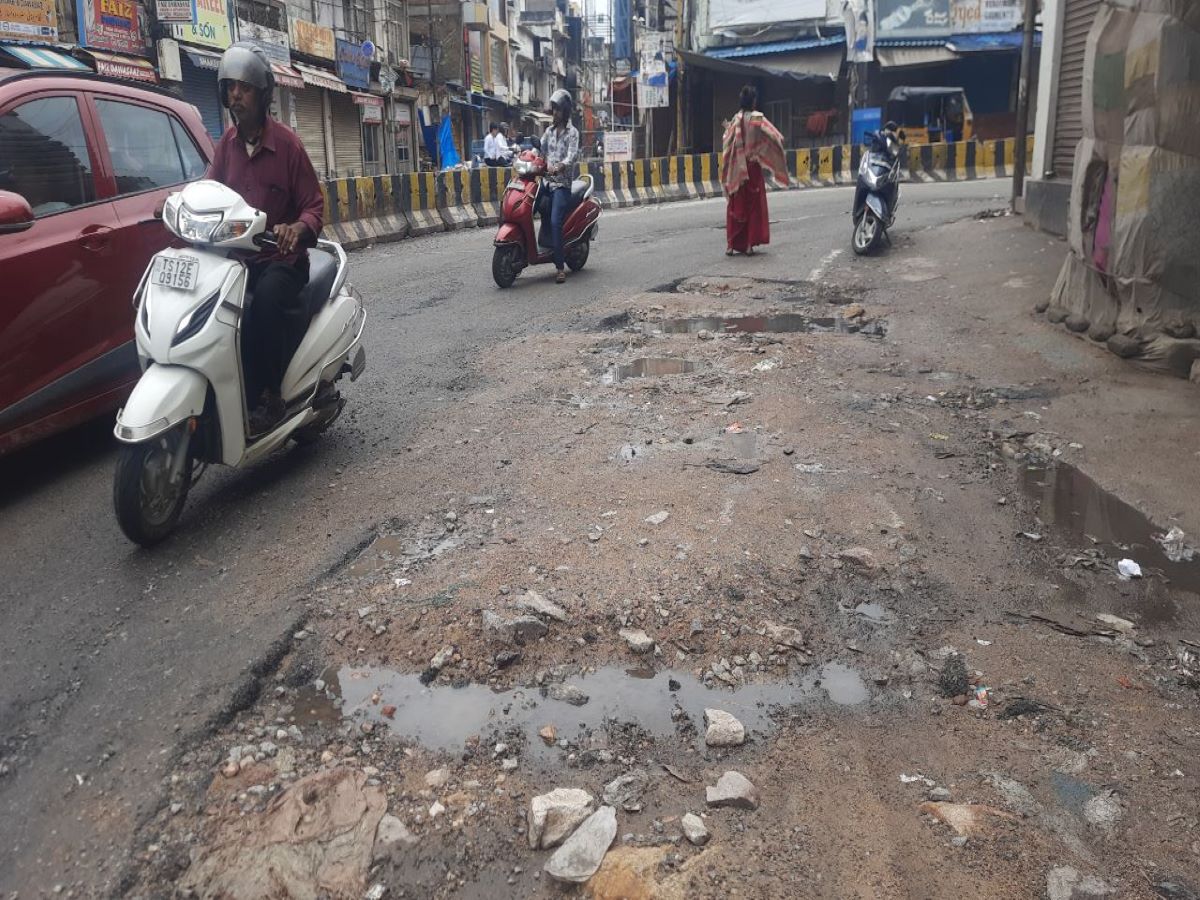 Hyderabad: For the past one week, Hyderabad is witnessing rainfall. The rainfall resulted in potholes on the city roads. The officials have identified more than 3000 potholes that came up during the 6 days of rain which is causing extreme inconvenience to the traffickers and leading to accidents in some cases.

These potholes are being filled temporarily with gravel and earth. The officials are reviewing the construction of BT mixing roads once the rain stops.  According to the officials, the temporary repairs require Rs. 1 crore.

In Vikarabad,  officials have identified damage to 18 km of roads.  Similarly, the transport system in Ranga Reddy suburbs have been badly affected.

The rain has also caused potholes on Outer Ring Road.