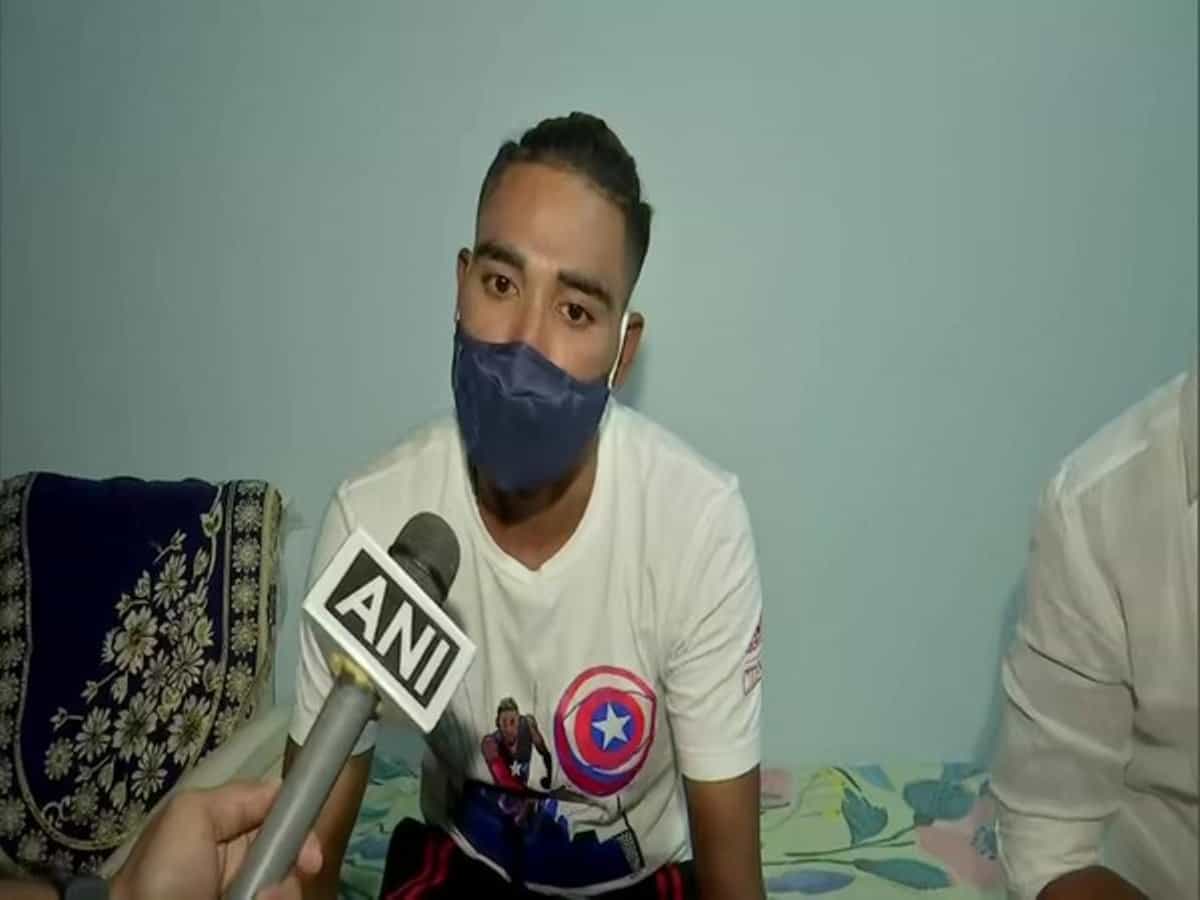 Hyderabad: India pacer Mohammed Siraj, who had a dream tour against Australia, after returning to the country said that his mother gave him the confidence to stay with the team and fulfill his father’s dream.

Before the series against Australia started, Siraj had lost his father. But the pacer decided to stay back in Australia to fulfill his father’s dream of seeing him play Test cricket. The pacer on Thursday paid tribute to his late father Mohammed Ghaus.

“I played in Ranji, India A and IPL that helped me to play for India. My family gave me confidence which motived me. Mom used to say to stay back in Australia and fulfill dad’s dream. I think my career has just begun. I don’t want to relax now. I want to improve my performance,” Siraj told ANI.

Siraj’s hard work paid off on the fourth day of the fourth Test against Australia at the Gabba as he went on to register his maiden five-wicket haul. After the close of play on day four of the Gabba Test, Siraj revealed that it has been very tough for him, but a phone call from his mother gave the pacer much-needed confidence to go out and express himself.

The Indian pacer played three Test matches on this tour of Australia and has returned 13 wickets. Siraj made his debut for India during the MCG Test against Australia. He had made his way into the side as spearhead Mohammed Shami got injured in the first Test at Adelaide.

On Tuesday, Australia’s fortress — The Gabba — was finally breached. It took 32 years and two months, but the unthinkable was achieved as an injury-ravaged young Indian team beat Australia by three wickets against all odds to take the series 2-1.

The last time a visiting team came out triumphant from the Brisbane Cricket Ground was back in November 1988 when the mighty West Indian outfit under the leadership of Viv Richards thrashed Allan Border’s team by 9 wickets.