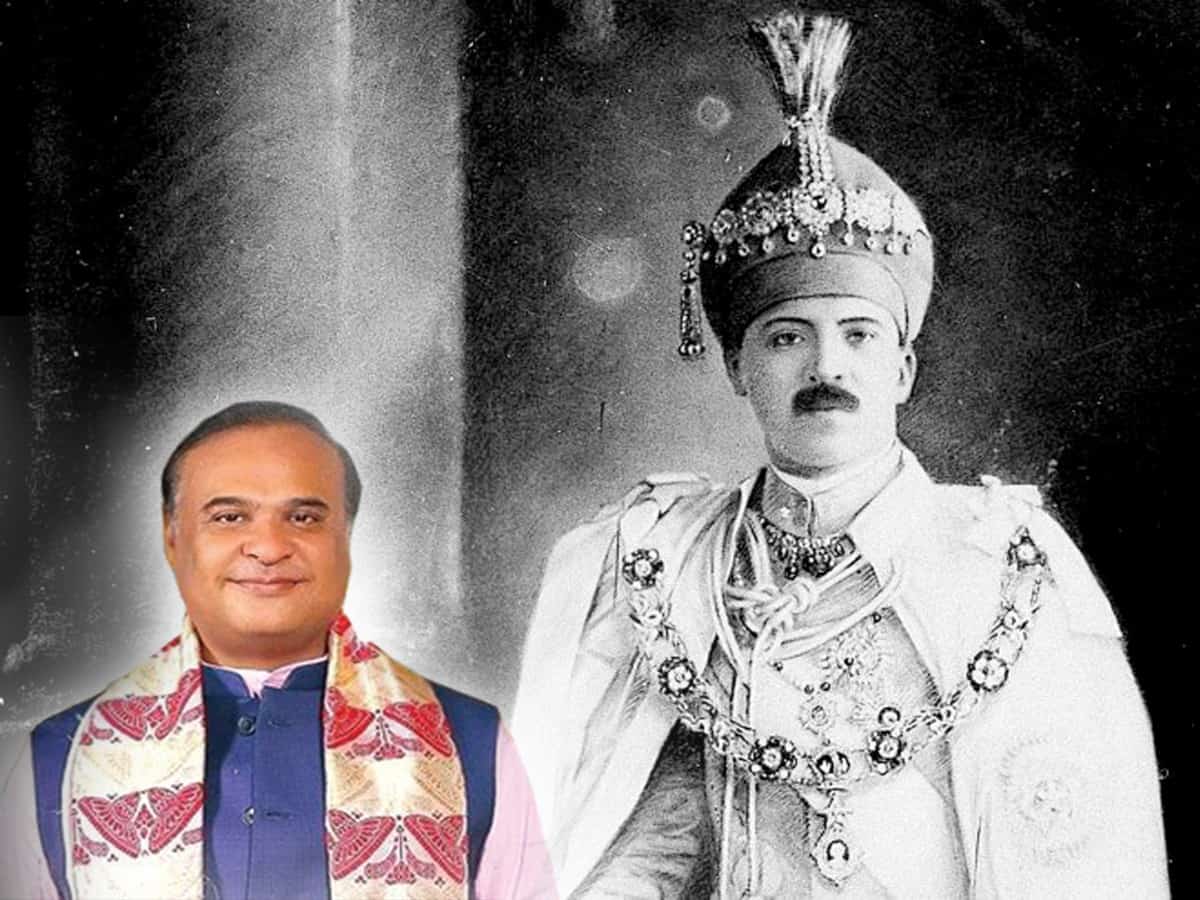 Hyderabad: It has become a fashion these days to attack anything and everything that is connected to Muslims, which is why our city, also founded by Muslims, is always a target for Bharatiya Janata Party (BJP) leaders to attack.

And joining the bandwagon this time was Assam chief minister Himanta Biswa Sarma, who spew venom on Muslims at a public meeting where he said that the BJP will “end” Owaisi and the legacy of Nizams from Hyderabad. What the chief minister meant, he only knows.

While attacking the All India Majilis-e-Ittehadul Muslimeen (AIMIM) and its president Asaduddin Owaisi is all a part and parcel of politics, but saying that one will “end” the Nizam from Hyderabad is downright ridiculous, given that the erstwhile rulers of the Hyderabad-Deccan state (1724-1948) in fact built modern Hyderabad, making it one of India’s most developed cities in the first half of the 20th century.

Public transport is one of the most important parts of any modern city. And the railways in India have been the lifeline for most people, especially the middle-class and the poor, for travel. Hyderabad’s first station came to life in the 1870s during the reign of Mahbub Ali Pasha, the sixth monarch (1869-1911).

Initially called the Nizams Guaranteed State Railway, it eventually became part of a much larger network of the railways connecting princely states and British India. The Secunderabad station was a major hub until the Kachiguda railway station was eventually built around 1916 (it is still one of the main stations of the South Central Railway).

A major contribution to Hyderabad by the Nizams, specifically the last one Mir Osman Ali Khan (1911-1948), was in the form of Osmania University. Not only did it serve as one of the oldest and best Urdu medium universities, it continued to be place where many illustrious personalities studied even after independence.

OU came into existence after Osman Ali Khan promulgated a farman (order) in 1917. While the varsity initially functioned at a difference place, the Arts college, which OU is synonymous with, was eventually built and constructed in 1939 by the Nizam. Moreover, the Hyderabad state government even searched for and brought a Belgian architect named Monsieur Jasper to design OU’s Arts college!

Public healthcare is one of the most important aspects of governance, and Hyderabad’s last Nizam Osman Ali Khan can take full credit for building robust infrastructure for the same. Both Osmania General Hospital and the Unani Hospital (1929) were both built during his reign around the same period, and still continue to serve the public.

In fact, Osmania General Hospital is one of Hyderabad’s main public healthcare centres in the city where many poor people go even today.

In 1908, Hyderabad witnessed its most devastating flood in our recorded history. The city was ravaged due to what was possibly worst natural calamity recorded in its history. The great Musi river floods not only damaged over 50,000 homes, but also led to the death of reportedly over 15,000 people.

It took place during the reign of Mahbub Ali Khan, the sixth Nizam. Today, anything over 100 millimetres of rain floods the city and is considered to be heavy. But in 1908, the recorded rainfall touched close to a staggering 19 inches of rain by 29 September, 1908.

Afterwards, Mahbub Ali Pasha called for one of India’s most well-known engineers M. Visweswaraya as he wanted an engineer to examine and suggest measures to flood-proof Hyderabad. Visveswaraya eventually joined as a Special Consulting Engineer for the Hyderabad state’s government. However, the sixth Nizam died in 1911, after which one of his sons and the last Nizam Osman Ali Khan took over.

Osman Ali Khan’s effort to modernise and flood-proof Hyderabad in fact revamped the city’s infrastructure, perhaps in a fundamental way since the city was founded by Mohammed Quli Qutb Shah in 1591. For Hyderabad to be immune from the Musi River’s flooding, he suggested storage reservoirs to be built for “temporarily impounding all floods in excess of what the river channel could carry”.

Like other modern buildings, the High Court here was also set up during the reign of Hyderabad’s seventh Nizam Mir Osman Ali Khan. It was set up in 1919 with six judges, after which the number rose to 12 after the state of Andhra Pradesh was formed in 1956.

The High Court here, like other structures such as OGH and the Unani Hospital, was designed by the European architect Vincent Esch. The heritage buildings are outstanding examples of Indo-Sarcenic architecture from the first half of the 20th century in Hyderabad.

As one can see, aside from politics and the feudal structure of the Hyderabad state (which was essentially common throughout India in all the princely states), it is beyond doubt that the Nizams here built and nurtured Hyderabad.

Of course, one can argue about other related issues and go into the details of our history to study things closely for debate. In this case, will the BJP and its leaders stop going to these places since those were built by the Nizams of the Asaf Jahi dynasty? Or do they think they can build something grander?

Not everything is about temples or mosques. Cities need vision, not communal agendas. Perhaps, Mr. Sarma, talking about “ending” the Nizams from Hyderabad can be done when one has achieved even greater things than them.

Hyderabad’s rulers throughout its 430 years built the city, which we today have inherited. And to use words such as ‘ending’ their legacy is a disservice to our rich past. The city was founded in 1591 by Mohd. Quli Qutb Shah, the fifth ruler of the Golconda dynasty (1518-1687).

Ironically, the Mughals (1526-1857) are used as a blanket term for Muslim rule, but ironically, they were essentially enemies of the Golconda dynasty, which was eventually finished after Aurangzeb conquered and destroyed Hyderabad in 1687 (Nizams, who were governors under the Mughals, took over afterwards).