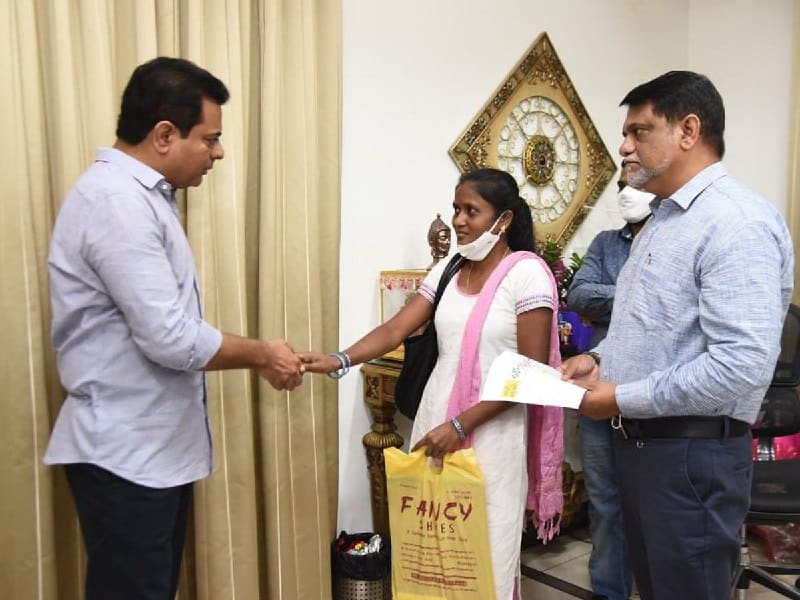 Rajani hails from Warangal district. Although her parents were farm laborers, she studied hard without giving up, Rajani passed the MSc first division in organic chemistry. After completing her post-graduate in 2013, she qualified for a PhD from Central University, Hyderabad.

At the same year in 2013, she got married and couldn’t continue her studies.Rajani tried for a job by writing competitive exams while looking after the family.

Later her husband, who is not even 30-years-old, had a heart attack and had triple heart bypass operation. Due to this he lost his job. While taking care of her two daughters, aunt and husband, she then joined GHMC as a sweeper for Rs 10,000.

Knowing this, the Hyderabad based media reports published an article today and many came forward to help her. “I will leave this job, if I get a job that fits my qualification,” Rajani told media reporter. The Telangana government has given her a job in response to Rajani’s statement.

“On hearing the plight of Rajni, who’s MSc (organic Chemistry), has 2 daughter & working as sweeper on daily wages, minister @KTRTRS met her today & offered to employ her as Assistant Entomologist on O/S basis in @GHMCOnline,” he tweeted.

Arvind Kumar further adds, “Orders have been issued after verifying her credentials.”

KTR also tweeted, saying that it was the best moment of his hectic day, and wished Rajani all the best in her new role.