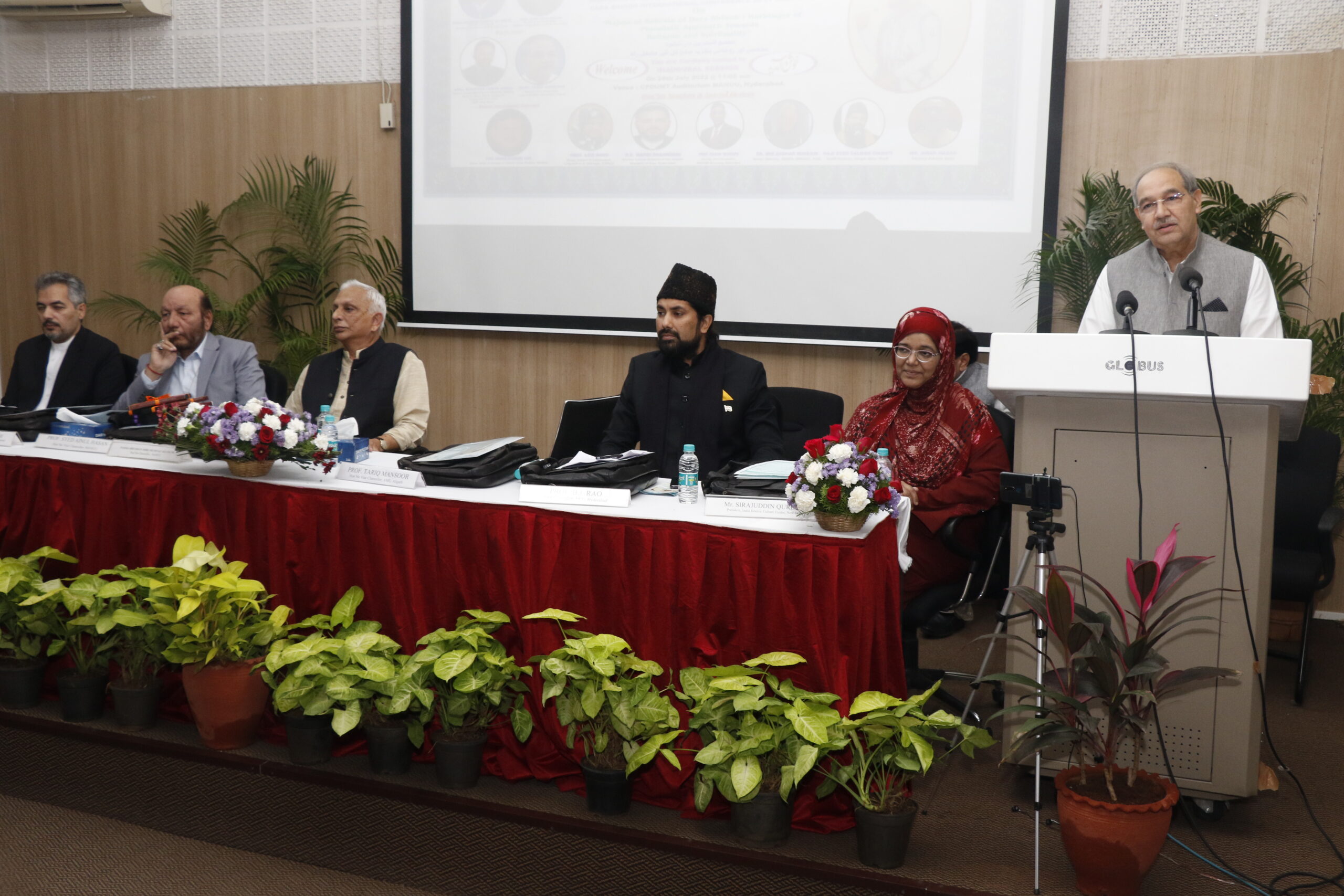 Hyderabad: Dara Shikoh, the Mughal Prince and Son of Emperor Shahjahan, is credited to have introduced interfaith dialogue in India. He invited Hindu Scholars from Banaras, Mirzapur to his court and himself went to Banaras to learn Sanskrit. He also invited Muslim and Christian scholars to initiate interfaith dialogue. Prof. Tariq Mansoor, Vice-Chancellor, Aligarh Muslim University, said on Tuesday at the inaugural of two-day International Conference on Majma-ul-Bahrain of Dara Shikoh—A Harbinger of Pluralistic Approach towards Religion and Spirituality organized by Department of Persian & Central Asian Studies  (DP&CAS), Maulana Azad National Urdu University (MANUU) to mark Silver Jubilee year of the university. The conference is supported by National Council for Promotion of Urdu Language (NCPUL). Majma-ul-Bahrain (Confluence of two cceans) is a path breaking book written by Dara Shikoh).

Prof. Mansoor said that the translation of Upanishad from Sanskrit to Persian by Dara Shikoh had a great impact not only in India but also in Europe. The religious thoughts of India were exposed to Europe for the first time. Dara Shikoh was also a philosopher, who manifested his thought in the book Majma-ul-Bahrain which is being discussed today, he added. Dara Shikoh who was made crown prince by Emperor Shah Jahan, never occupied the throne but he has left his footprints on various aspects of Indian Civilization such as thought, philosophy, tolerance etc. Dara Shikoh has a multi-faceted personality and his thoughts are immensely relevant today.

Mumtaz Ali reminded that Dara Shikoh called himself a ‘Fakir’ (mendicant) in his biography. He lived without paraphernalia of royalty. His mind was always that of a mendicant. There are various other books written by Dara Shikoh but with his translation of Upanishad the Western world by and large came to realise about a hitherto unheard culture of India. Dara Shikoh either saw or met people who are said to have the truth it is from them that he became aware that ‘the truth’ infinite. This great understanding comes only when one has spiritual depth.  Coming together of Two Oceans is worth looking into. “We have to live together in this country where it was declared 1000 years ago that truth is one and we called it by different names. Let us practice what we say and what we preach,” Ali who is popularly known as Shri M.

Prof. Ainul Hasan said, “Dara Shikoh taught us so many things like language appreciation. His ancestral language was Turkish, his language of expression was Persian, the religious zeal of Arabic cannot be over looked, Sanskrit, on the other hand is the language of his ideas.”

The Vice-Chancellor described Dara Shikoh as a universal man who loves all and hates none. Often it is believed that had Dara Shikoh been the successor of Shahjahan, the socio-cultural, socio-religious chemistry of India would have been different. Had he been alive for another 20 to 30 years he might have become a Mahatma (super soul) for the benefit of humanity.

Book, comprising letters of and addressed to Dara Shikoh, translated for the first time into Urdu by the Department of Persian, MANUU and a documentary were also released on the occasion.