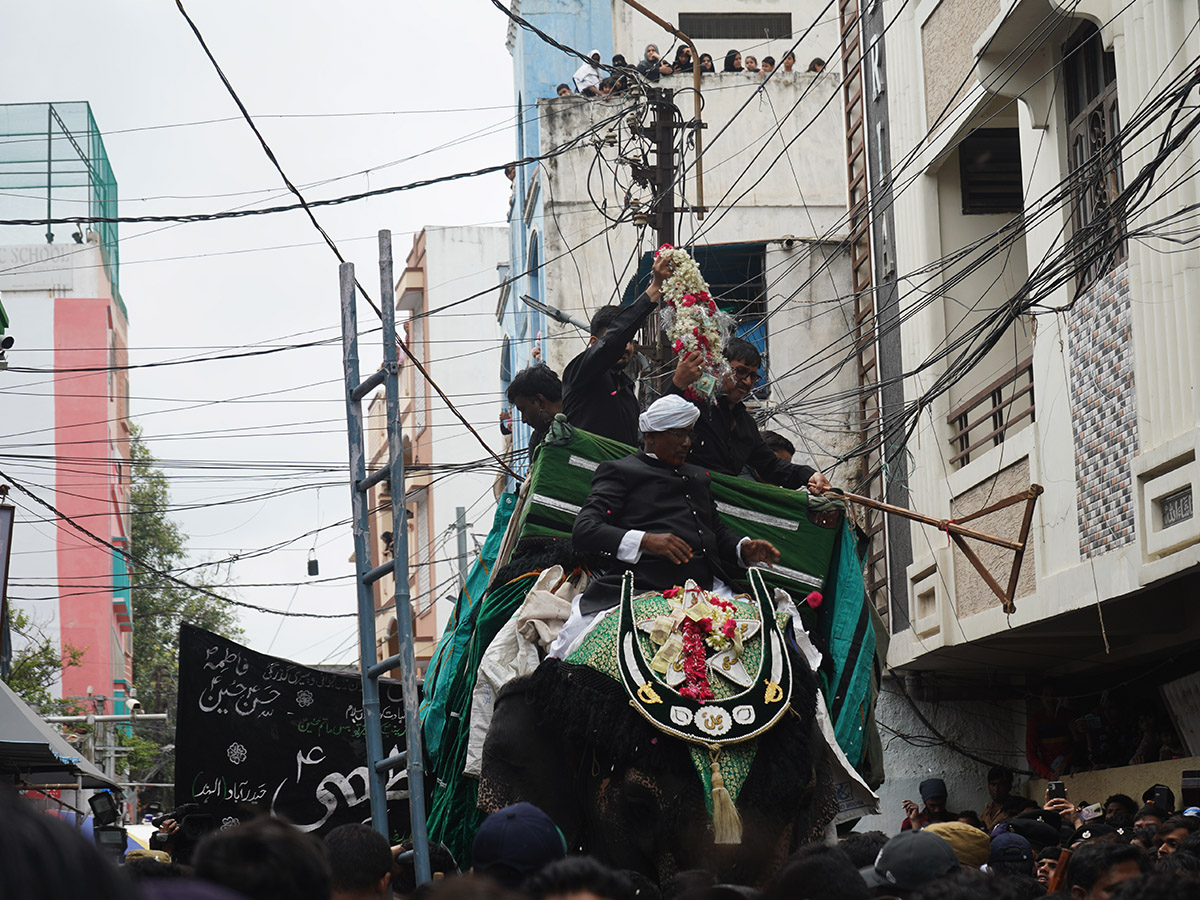 Hyderabad: The historic Bibi ka Alam was taken out in a procession in the old city of on ‘Ashura’, or the 10th day of Muharram on Tuesday. Thousands of Shia mourners participated in the procession of Muharram, the first month in the Islamic calendar.

At 1.30 p.m, the Muharram, procession began from the Bibi ka Alawa located the Dabeerpura – three kilometers away from Charminar – and one kilometer from the Salar Jung Museum.

The Alam (standard/shrine) dating back to the Qutb Shahi period was taken on the elephant Madhuri. The animal was brought for the procession from Sholapur in Maharashtra for the Muharram procession.

Along the procession thousands of Shia mourners marched flagellating themselves with sharp objects like blades, daggers and swords. People lined up on the route to have a glimpse of the procession and offer dhatti to the Bibi ka Alam.

At several points food camps were held and meals served to commoners. Drinking water camps and cool drinks camps were set up and distributed to people. This is something members of the Shia Muslim community do throughout Muharram in Hyderabad, especially in the old city.

The Bibi ka Alam and its procession in Muharram dates back to the Qutb Shahi period (1518-1687) when Hayath Bakshi Begum, the wife of Muhammad Qutb Shah (5th ruler, 1611-26) installed an alam in the memory of Bibi Fatima at Golconda. Later, during the Nizam era (1724-1948), the Alam was moved over to Bibi ka Alawa at Dabeerpura specially built for the purpose.

The alam contains a piece of the wooden plank on which Bibi Fatima was given her final ablution before burial. The relic is believed to have reached Golconda all the way from Karbala in Iraq during the reign of Golconda king Abdullah Qutub Shah, according to historians.