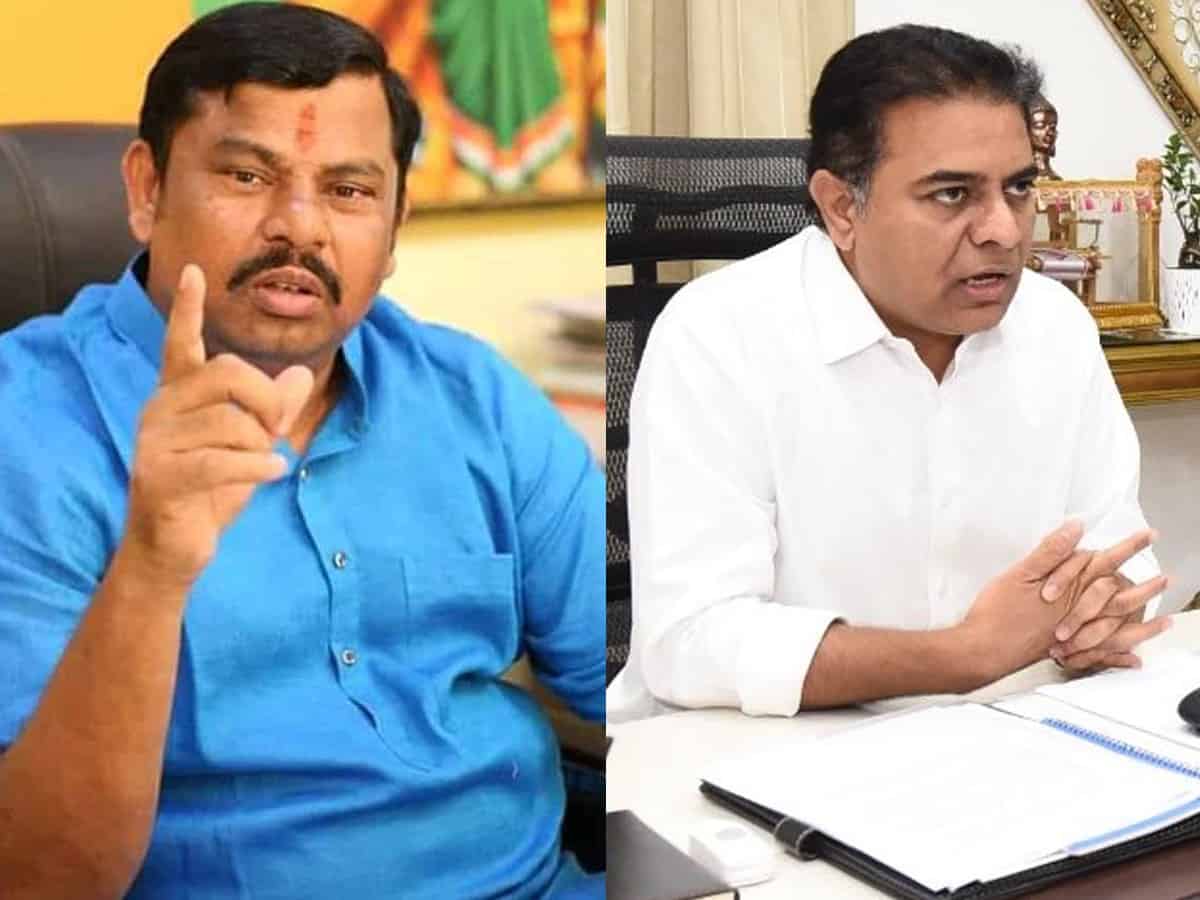 Hyderabad: Last December, Telangana IT minister KT Rama Rao (KTR) invited standup comic Munawar Faurqui to perform in the city. The invitation was extended to comedian Kunal Kamra as well. Both the artists had their shows cancelled in Bengaluru prior to that. KTR offered them an invitation, adding that here their shows “will not be cancelled”, taking a dig at the BJP.

Eight months later, Munawar Faruqi took up his offer and the date was set for August 21. As expected there was trouble from the right wing. BJP MLA Raja Singh not only threatened to stop the show but also said he would ‘burn down’ the set at the venue. A day before Faruqui was set to perform, his show in Bengaluru was cancelled, allegedly due to lack of permission.

Things looked dicey. Many, who purchased tickets were left wondering if they would see Munawar Faruqui perform. (Right-wing groups and Raja Singh have been targeting the comic for allegedly making fun of Hindu gods. Faruqui was even arrested last year during a show in Indore and was subsequently jailed for a month. He was released after getting bail from the Supreme Court).

Raja Singh and right-wing workers could have easily disrupted or even attacked Faruqui or those who went to his show. After all, violence is their leitmotif. However, this time around, KTR took this up as an “ego” issue, given that he had himself invited Munawar. Moreover, the ruling Telangana Rashtra Samithi (TRS) here has also been on the offensive against the BJP off-late.

Not only was there a heavy police presence to keep the venue safe, but the Hyderabad cops also kept Raja Singh under house arrest. Right-wing workers were arrested and Shilpakala Vedika, the venue, was packed. For once, in the now common news cycle of violence by right-wing groups, the fringe had lost. Raja Singh could not help but dispel expletives against Faruqui and the cops.

The whole incident ended with TRS and KTR having the last laugh, while Raja Singh was defeated. The BJP MLA has been furious given what happened. The ruling party and the IT minister will now get attacked more by the saffron party over this incident. “The show was held very clearly to make a point politically by KTR,” said a TRS functionary.

If there is political will, Hindutva groups can be stopped

What one can perhaps can away from this entire Munawar Faruqui episode is the fact that if there is political will, bigotry can be stopped. Whether Munawar really made of Hindu gods or not, the court will decide, but there is a big takeaway here. If opposition parties want to, they can counter bigotry and the Hindutva fringe, which today everyone fears.

The best example is Karnataka, where law and order have descended into chaos as Hindutva groups pretty much dictate everything. From the hijab ban in educational institutions to everyday communalism, Karnataka has been witnessing a spate of anti-Muslim violence. Other states in India also witnessed violence against Muslims during Ram Navami this year.

Violence during Ram Navami against Muslims

KTR, albeit inadvertently, proved a point: That if opposition parties in India don’t bend and succumb to Hindutva’s agenda, it might just work. Even until a decade ago, violence or threats of such, were condemned and even abhorrent, unlike today.

“KTR also wanted to make it a point to the BJP that they are being opposed on every front be it political or cultural. But did they achieve their goal? Hyderabad was never the hub for such protests, so BJP also achieved its objective. For someone who is brainwashed to be anti-Muslim or to believe Hindutva is under threat, they will ask why this government supported the show,” said political analyst Palwai Raghavendra Reddy.