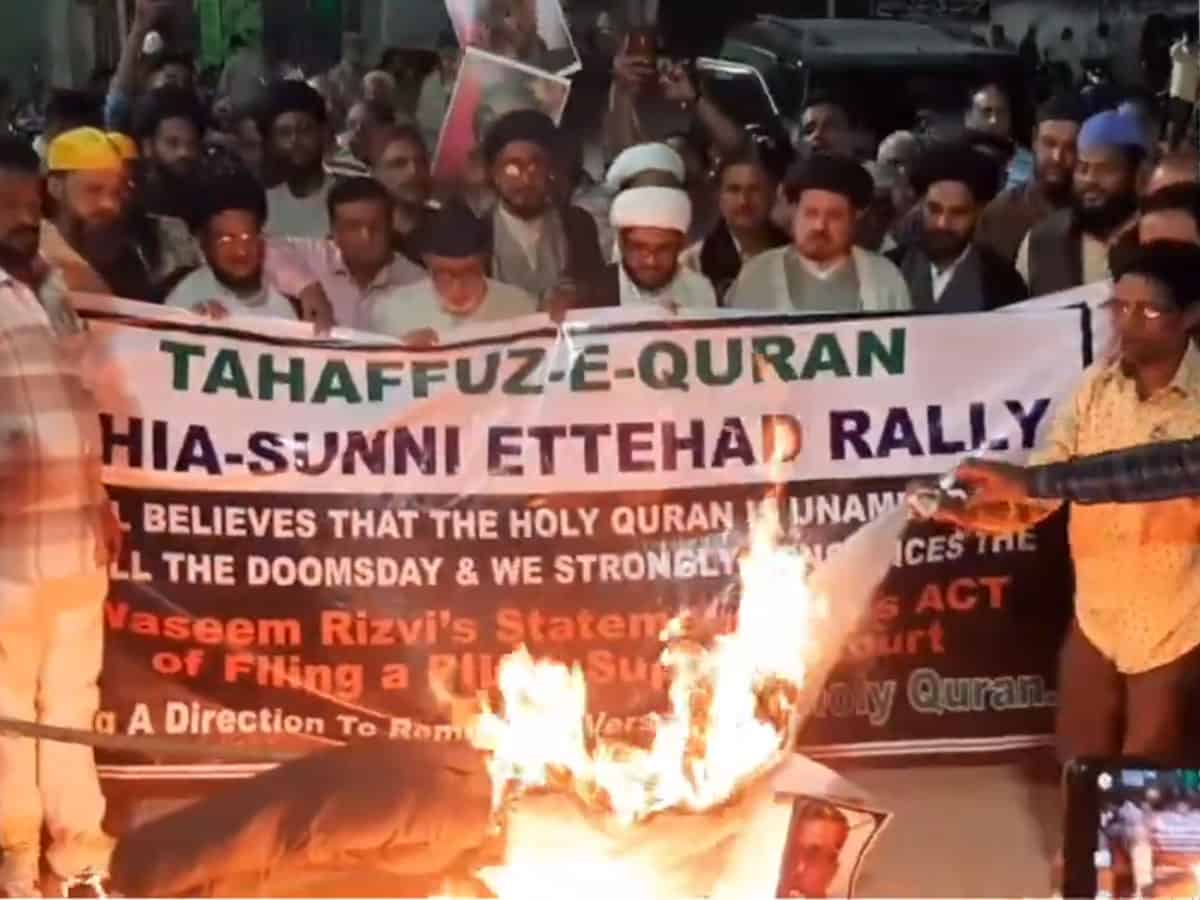 Hyderabad: Various Muslim organisations on Tuesday held a rally to protest against former Uttar Pradesh Shia Central Waqf Board chairman Wasim Rizvi over his petition filed in the Supreme Court wherein he has sought the removal of 26 verses from the Quran.

A “Tahaffuz-e-Quran and Shia Sunni Itehaad” rally was organised at Maidan-e-Ghadeer Darul-Shifa in the state capital to condemn the petition filed by Rizvi. Religious leaders from both Shia and Sunni Community participated in the rally.

Not related to him anymore, Waseem Rizvi’s brother disowns him

Both Shia and Sunni religious leaders have condemned “the attack of Waseem Rizvi on the sanctity of the Quran” and said that “it will not be tolerated and we will never endorse such statements”.

Earlier in the day, the National Commission for Minorities (NCM) issued a notice to Rizvi for moving the apex court with a plea seeking the removal of verses from the Quran, claiming they promote violence.

The commission has asked Rizvi to withdraw his comments and tender an unconditional apology within three weeks, failing which it will hold a hearing and direct authorities to take appropriate legal action against Rizvi.
The NCM observed that the commission is of the view that the remarks made by Rizvi appear to be a “well-thought conspiracy” to disturb the communal harmony of the country.