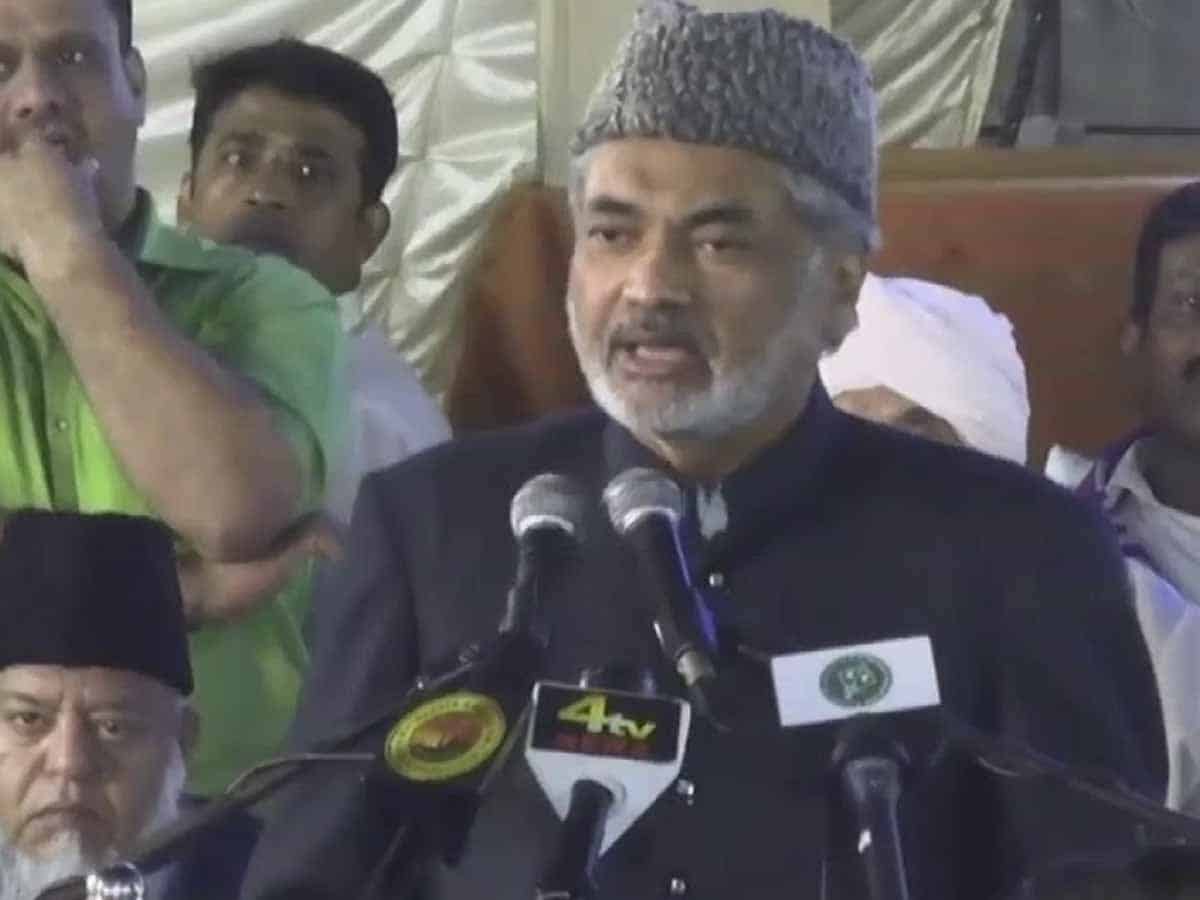 Hyderabad: The All India Majlis Tamir Millat (AIMTM) Ziauddin Nayyar has termed the RSS head Mohan Bhagwat’s statement in Mumbai as “juggling of words” and that he has not clarified his new stand about the Muslims. Bhagwat is harping on the same old narrative that everyone who is staying in India is Hindu.

Bhagwat’s claim that the ancestors of all those who stay in India are same is unacceptable.

If all the population of 135 crore are Hindus then why it is shown 80% Hindu and 20% Muslims in the country’s census. If every citizen is Hindu then Hindu should be written in place of Indian in the nationality column. And in religion’s column Brahmin, Kshatriya, Vaishya, Sikh Christian, Parsi or Muslim must be mentioned.

Nayyar said, “The RSS must clarify the difference between Hindu and Bharti. They must advise the 80% Hindu population that they should stop the persecution of 20% Muslim population of the country and stop threats, mob lynchings, and the social boycott.”

Mohan Bhagwat meeting in Mumbai took place in the background of recent changes in Afghanistan.

Bhagwat claimed, “The ancestors of all citizens of this country are same and that Islam came in this country through invaders which is a fact and which should be presented as such.”

In the meeting, Bhagwat also appealed to the sane leaders of the Muslim community to expose fundamentalism and oppose religious extremism.

The President of Tamir Millat said that the Muslims in India are fighting to preserve their identity and strive to lead a respectable life and earn their livelihood.

“Muslims do not talk about dominance and in this secular country, they oppose the dominance of any community. Muslims speak about equal rights for all. This is the stand of Muslims which is not against the country or the society and hence it must be respected.