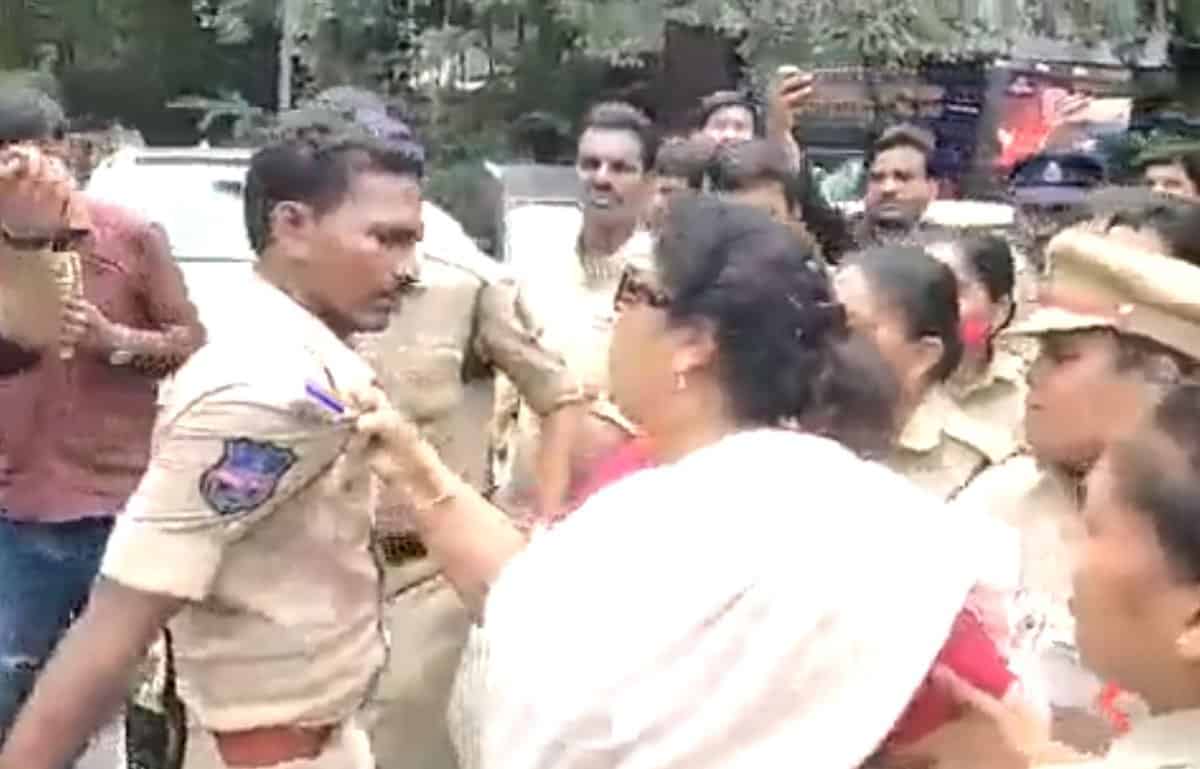 Hyderabad: Congress‘ senior leader Renuka Chowdhury on Thursday explained that she has great respect for the police, and it was not her intention to humiliate a policeman by grabbing his collar. “I was losing my balance and reached to hold his shoulder. My hand slipped and I held on to his collar,” she said.

She was caught on camera grabbing a policeman’s collar amidst being carried away during the protests in the city.

She further stated that the attention is being diverted from the main issue of the central government abusing its agencies to take revenge on opposition political parties. “The police must also learn to respect women. You can see in the videos that I was being manhandled and pushed,” she added.

Renuka Chowdhary had previously expressed her displeasure with the city police’s treatment of Congress activists during the protests.