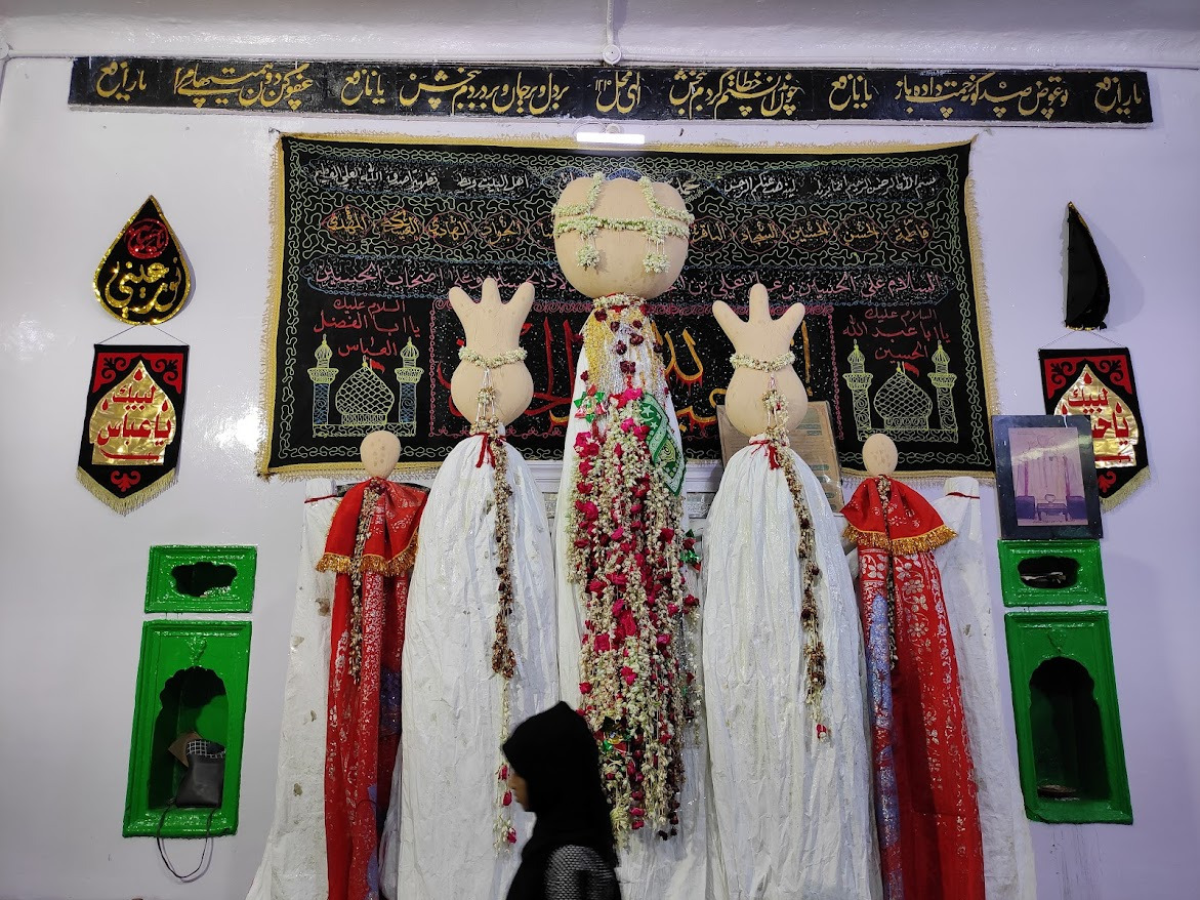 Hyderabad: One of the city’s oldest Ashurkhanas is something that largely passes under the radar of most heritage enthusiasts. The ‘Naal-e-Mubarak’ at Pathergatti, a remnant of the Golconda or Qutb Shah period (1518-1687), is in fact a beehive of activity in Muharram.

Two days ago on July 31, the first month of the Islamic calendar (Hijri) – Muharram – began. An Ashurkhana is where Shia Muslims mourn during Ashura, the 10th day of Muharram. Spaces like the Naal-e-Mubarak are dedicated to Imam Hussain, a grandson of prophet Mohammed who was killed in the battle of Karbala (Iraq).

Imam Hussain was the son of Imam Ali, the prophet’s son-in-law (and cousin). Shia Muslims are followers of his. Hyderabad was founded by the Shia Muslim Qutub Shahi dynasty in 1591. Hence the city has a large number of Ashurkhanas like the Naal-e-Mubarak.

Ashurkhana built by a Persian

The Naal-e-Mubarak was set up during the Qutb Shahi rule. The Alam or relic inside the Ashurkhana is a remnant from the reign of Sultan Quli, the founding king of the Golconda dynasty. It is believed to have brought here by an Iranian cleric Ali Shah.

The Naal-e-Mubarak It contains the small moon and star usually affixed to the helmet of warriors. The helmet is believed to have been worn by Hazrath Imam Hussain.

According to the caretakers of the Ashurkhana, the relic of Hazrat Imam Hussain was initially brought by Shah Ali from Iran to Bijapur during the reign of Yusuf Adil Shah (1450-1511 CE).  Afterwards, it was brought to Golconda during the reign of Sultan Quli (1518-43).

The cleric, to support the genuineness of the relic brought along ‘asnaads’ (an Arabic word translated as ‘Trust’) usually referred for documents in English. He said that the Alam of the Naal-e-Mubarak was first kept in the Golconda fort and shifted to Hyderabad when it was founded.

“However, the current Alam was brought in during 1222 Hijri, during time Nizam period under the second monarch Nizam Ali Khan. Naal-e-Mubarak was originally part of the Elahi Mahal, built by Mohd Quli Qutb Shah,” said Md. Sibhgatullah Khan, who runs Deccan Archive and writes about Hyderabad.

Historical records explain the Naal-e-Mubarak was first kept in Ilahi Mahal, a royal palace. it was situated near Gulzar House, during the reign of Mohammad Quli Qutub Shah (1580-1611), the founder of Hyderabad. The Naal-e-Mubarak was shifted to its current place at Pathergatti later and has continued to be installed there since.

During the first ten days of the Moharram month, the Alam at Naal-e-Mubarak is kept open for the public.  On the ninth day of Muharram, it is taken around the city with a circuit of around nine kilometres. In the Nizam era (1724-1948), Maharaja Kishan Pershad, a former Prime Minister of the erstwhile state, used to offer Nazrana (presentation) to the Alam at his residence. He would walk barefoot in the procession, historians say.

Thousands of people participate in the procession taken out from the Naal-e-Mubarak Ashurkhana on the ninth day of Moharram. The procession passes through Pathergatti, Gulzar Houz, Charminar, Shahalibanda, Daira Mir Momin, Sultan Shahi, and Tallabkatta and beyond.