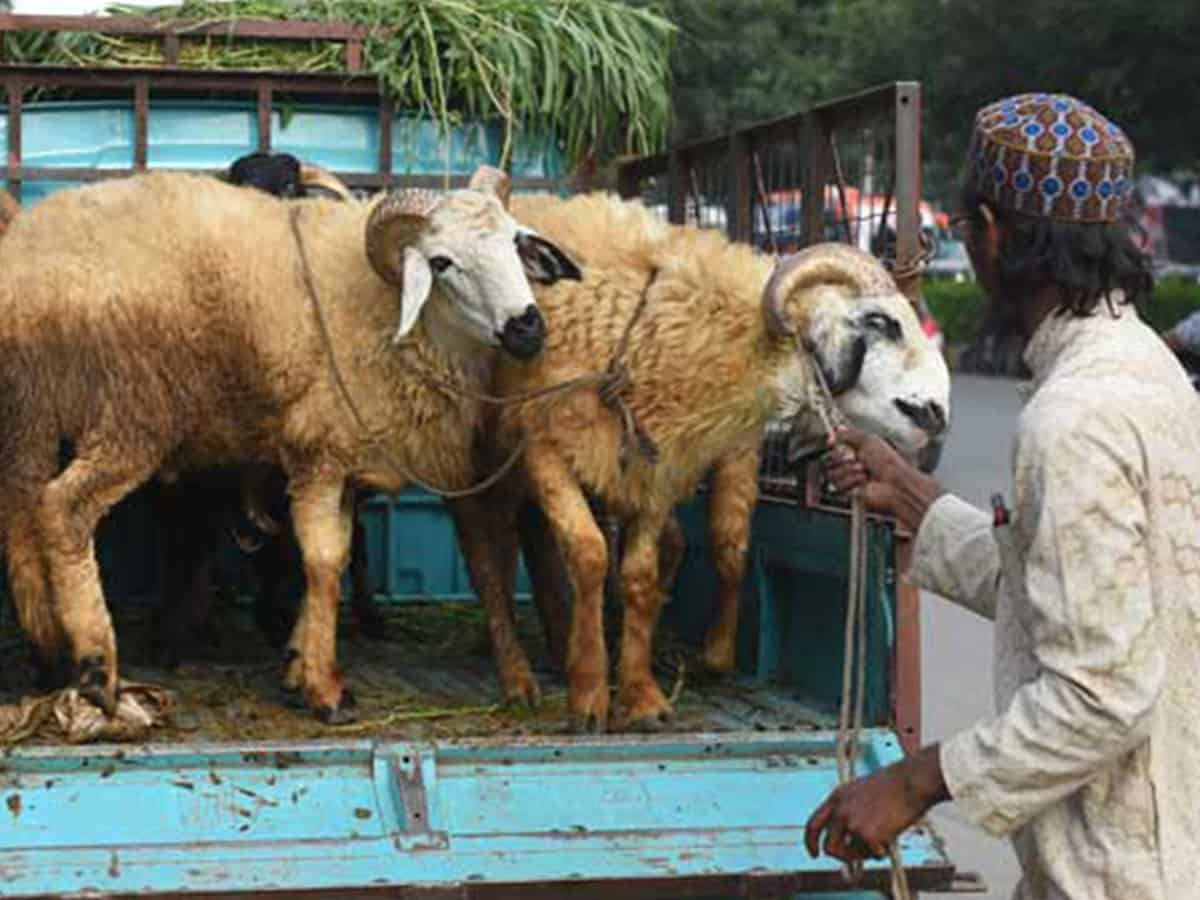 Hyderabad: The demand for rams, sheep, and goats in the city has increases as Eid-ul-Adha approaches. Nearly 2 lakh sheep are sold in the city over the course of the three-day festival beginning on Sunday.

The Islamic calendar month of Dhul Hijjah, which is also the final month of the year, is observed by celebrating Bakrid on the tenth day of the month. This year, July 10 will be celebrated as Bakrid.

Sheep traders from various Telangana districts as well as neighbouring Andhra Pradesh, Maharashtra, and Karnataka sell their livestock in Hyderabad.

Tajuddin Ahmed, a commission agent at Jiyaguda sheep market was quoted by Telangana Today saying, “A sheep yielding around 12 kg of meat is sold for Rs 10,000 in the market. Usually people purchase a sheep weighing between 11 kg and 14 kg for Qurbani.”