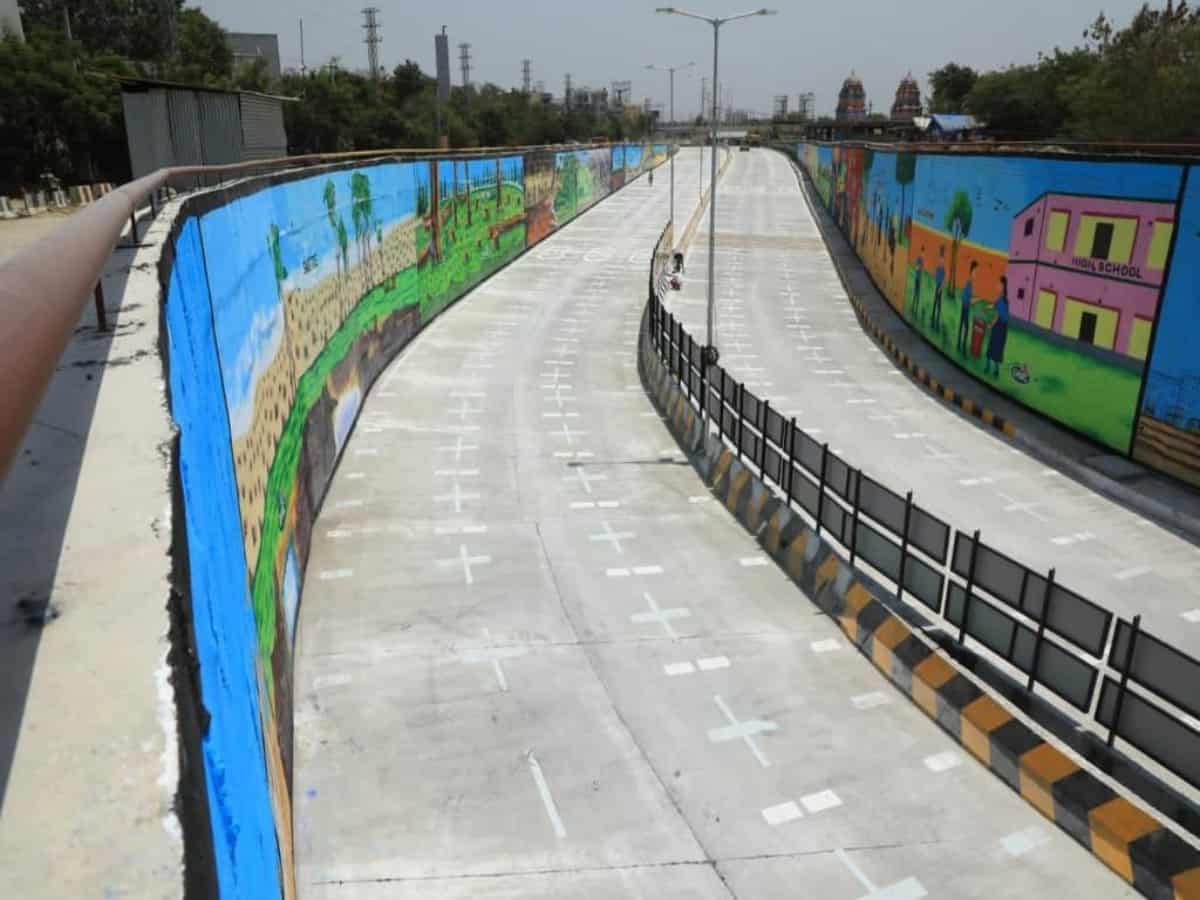 Constructed at a cost of 66.59 crore by the Greater Hyderabad Municipal Corporation (GHMC), the new RUB near Hitec City railway station is 410 meters in length and 20.6 meters in width. It also comes with a 9-metre bi-directional carriageway including that of approaches.

This is expected to facilitate the free flow of traffic from Hitec City to Kukatpally, the busiest route of the IT corridor.

“Various flyovers and underpasses constructed and opened to traffic under SRDP Phase one in places like Bio Diversity, Mind Space, Ayyappa Society and Rajiv Gandhi junctions have given fruitful results by significantly easing traffic in this corridor,” KTR said, speaking at the occasion.

As many as 18 SRDP projects of worth Rs 1,010 crore have reached its completion so far.