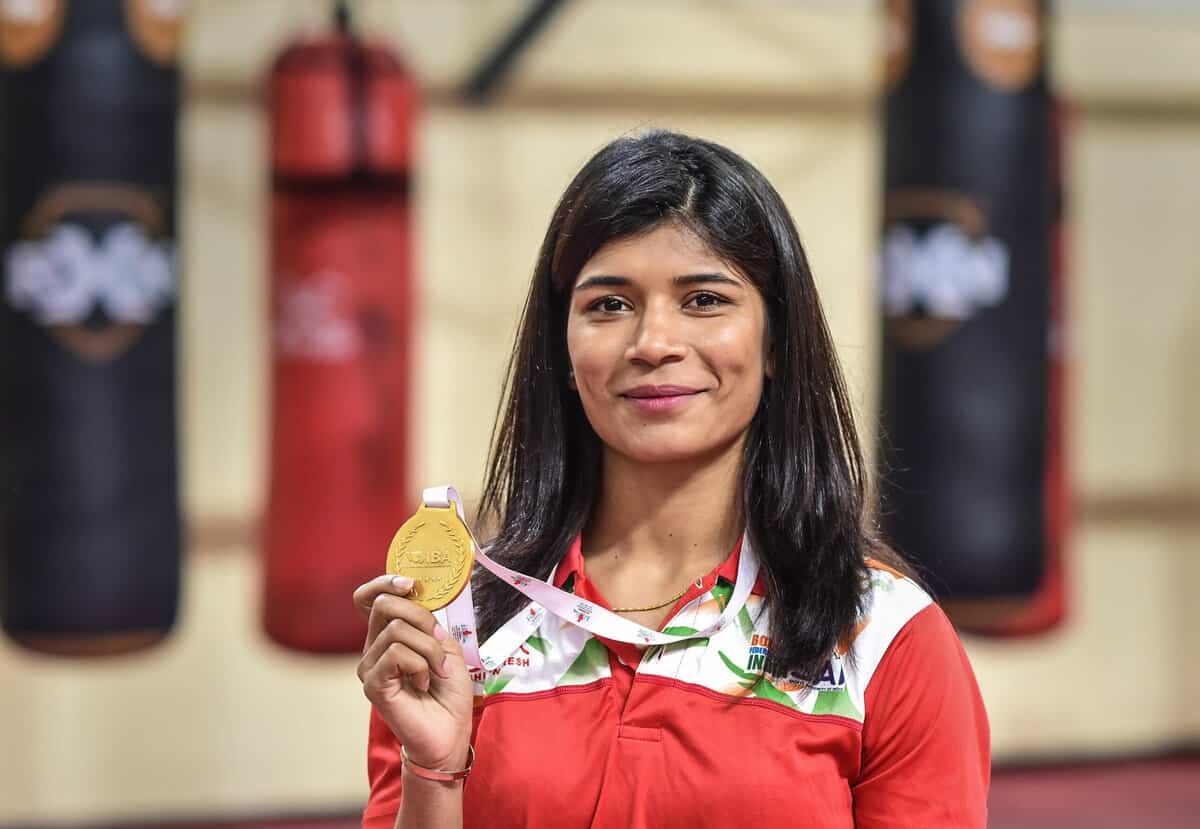 Hyderabad: Bank of India, Telangana Zone, felicitated its officer and World Boxing Champion Nikhat Zareen, on Monday at Bank’s Zonal Office in PTI Building. On her maiden visit to the Zonal Office after winning Gold Medal in World Boxing Tournament in Turkey, all staff members received her with a warm welcome.

Nikhat Zareen attended her felicitation ceremony where she was greeted by Vivekanand Dubey, General Manager, NBG South II & Suvendu Kumar Behera, Zonal Manager, Telangana Zone. The ceremony was to commemorate the Indian Boxer’s medal that she earned at the World Boxing Tournament in Turkey.

All staff members bestowed their kind words to her and Nikhat also reciprocated expressing her gratitude to the organization for supporting her in the journey since the day she was appointed in the Bank in May 2021. She thanked everyone for standing by her side in the ups and downs of her professional career.

The Bank celebrated her success at the Zonal office and wished her to win medals in upcoming boxing events such as Commonwealth, Asian Games, and Olympic Games. It was really an iconic moment for the Bank of India as its own officer has won a Gold Medal for the country in boxing for the first time in the history.

In the recent past, the Bank has recruited a good number of sportspersons and has been encouraging them to excel in their own sphere of athletes. The Bank officials have stated that besides, Nikhat, Archer Akula Ravali has also been posted in Telangana Zone.

Speaking about her future goal, Zareen had said that she aims for an Olympic medal at the Paris Olympics.

The summer Olympics 2024 which is a multi-sport event is scheduled to take place from July 26 to August 11, 2024. It will be held in Paris, France.

However, four additional sports have been added to the event. These sports are

Apart from it, gender equality will be followed at Paris Olympics. Out of the total participants, 50 percent will be female.