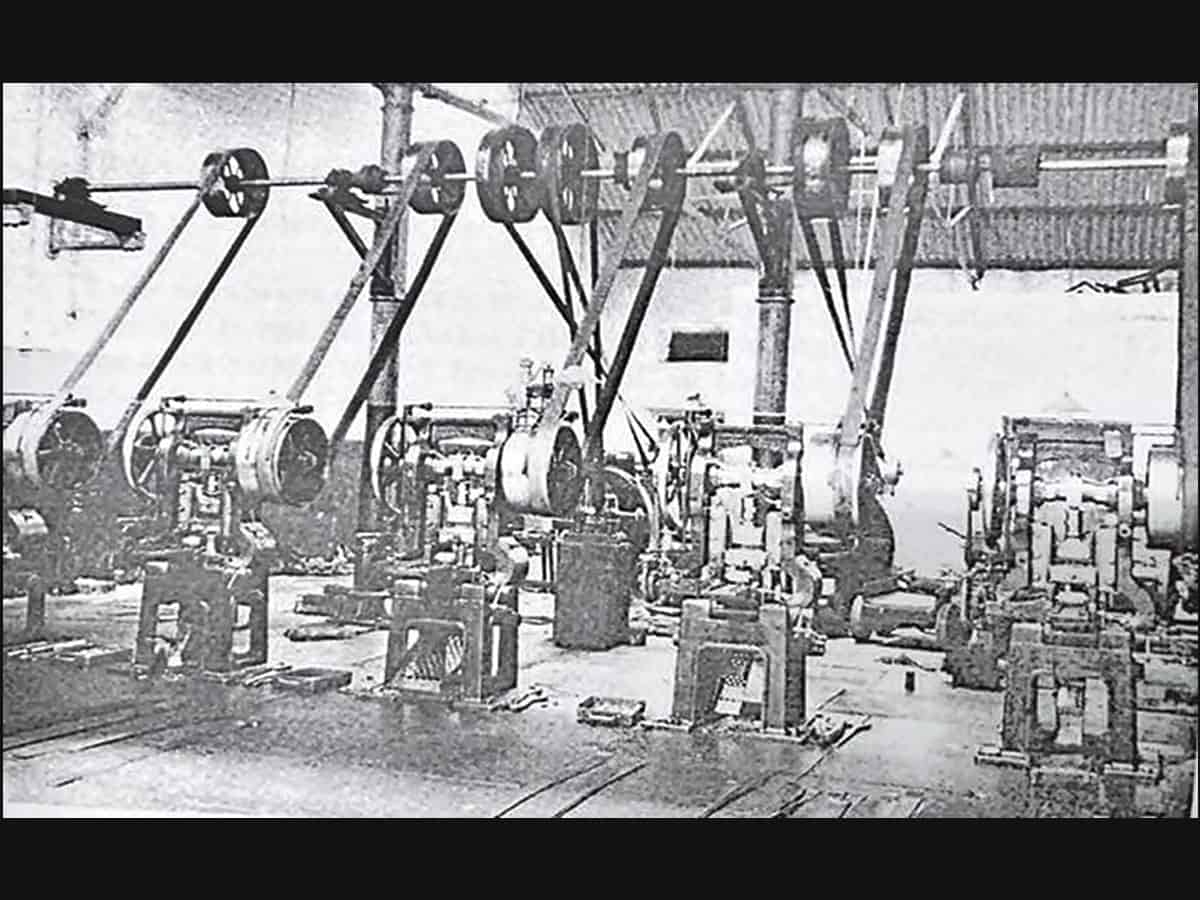 Hyderabad: After long-standing demands by heritage and numismatic enthusiasts to convert the Royal Mint here into a museum, things seem to be moving in that direction. Security Printing and Minting Corporation of India Limited (SPMCIL) run by the Central government has decided to open up the Nizam Royal mint for a week from December 6.

The mint compound, as it is known here, is being thrown open to the public as part of the ‘Azadi Ka Amrit Mahotsav’ programme of the Centre, which is being undertaken to celebrate and commemorate 75 years of India’s independence.

The mint is located at Saifabad and was used during the Asaf Jahi or Nizam era (1724-1948) to first mint coins but later in time produced not only paper currency, but also objects like medals, badges, traffic lights etc.

The Hyderabad state under the Nizams started leaning on paper currency due to the extreme shortage of metal during the first world war. The last Nizam, Osman Ali Khan, got paper notes produced in England but to make sure that the notes don’t fall into wrong hands, got the England mint to produce notes omitting the mandatory signature of the finance member.

Once these notes reached Hyderabad, the notes were transported to the above-mentioned Royal mint and the Central press at Malakpet so that this mandatory signature was printed before releasing them into the market.

The Government of India took over the mint in 1950, two years after the Hyderabad state was annexed to India on September 17, 1948. The mint actively produced currency until 1997 but was shifted to Cherlapally, its current location in August of the same year. The building that housed the mint is more than a century old.

The process of revival of the machinery that manufactured currency back in those times is actively taking place in order to be displayed for people during the one-week exhibition. Mints have always been known to be secretly run by ruling establishments across history amidst tight security and this exhibit is one of those rare events where such a place is being thrown open for the public.