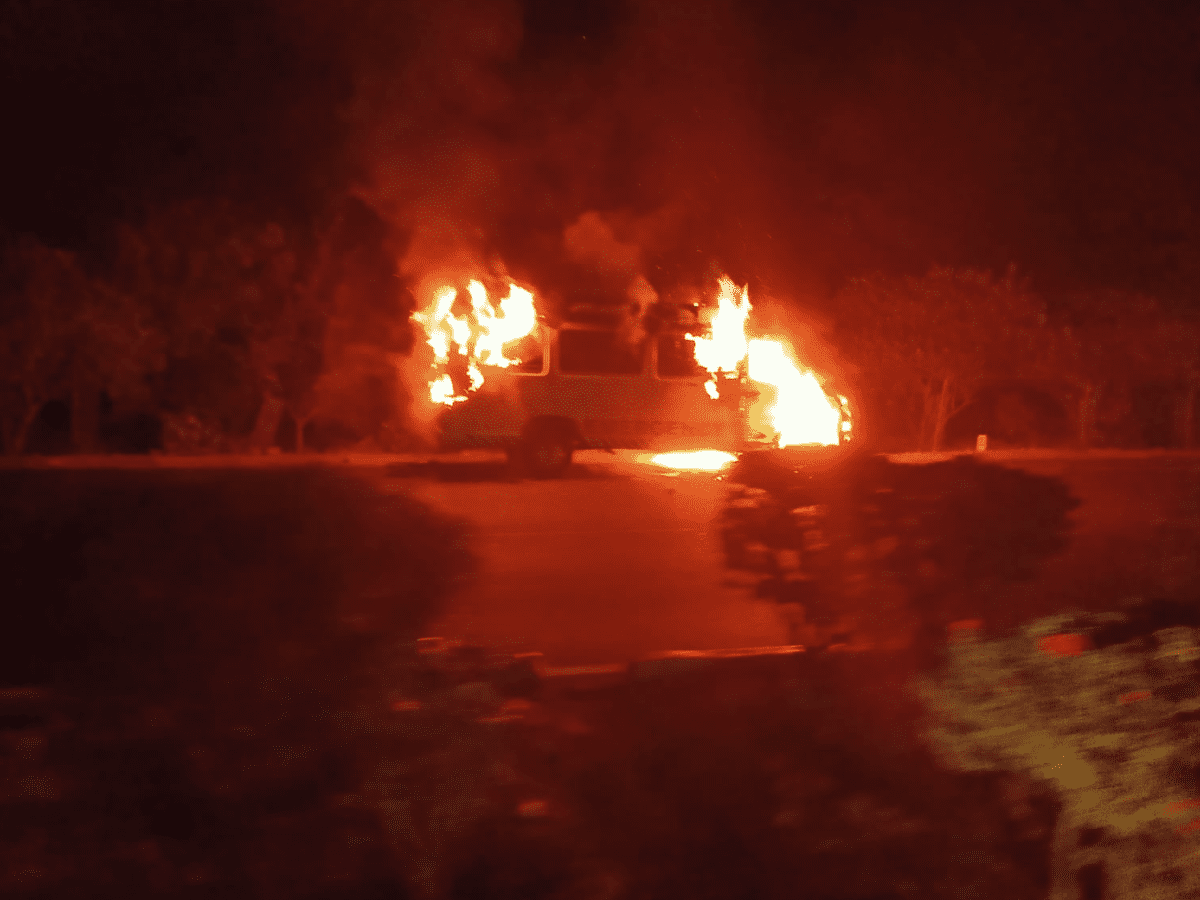 Hyderabad: Cattle that was illegally transported in a vehicle resembling an ambulance were charred to death on Saturday night in Telangana’s Nizamabad district when the vehicle caught fire. The truck was on its way to Hyderabad from Nizamabad when it caught fire on National Highway 44 in the night.

The state BJP took notice of the accident and alleged that the animals were cows and were being transported to a slaughterhouse.

“Yesterday night, 10 cows were transported to Slaughterhouse in ‘Ambulance’ from Nizamabad to Hyderabad, 8 cows were burnt alive in the ambulance and the driver is on the run.

@TelanganaDGP should immediately act against the people behind this,” Goshamal MLA and BJP leader Raja Singh tweeted on Sunday.

Siasat.com spoke to Nizamabad Commissioner of Police K R Nagaraj on the accident and he said that the animals that were being transported were 13 bulls and a veterinary doctor conducted the postmortem of the charred bodies to confirm the same.

He further said that the driver has been taken into custody for interrogation.

Asked why were the animals being transported illegally, the senior police officer speculated that the Ramzan festival was one of the reasons. “We are yet to conduct a full interrogation of the driver but it is possible that the bulls were been taken for Ramzan feasts,” he said.