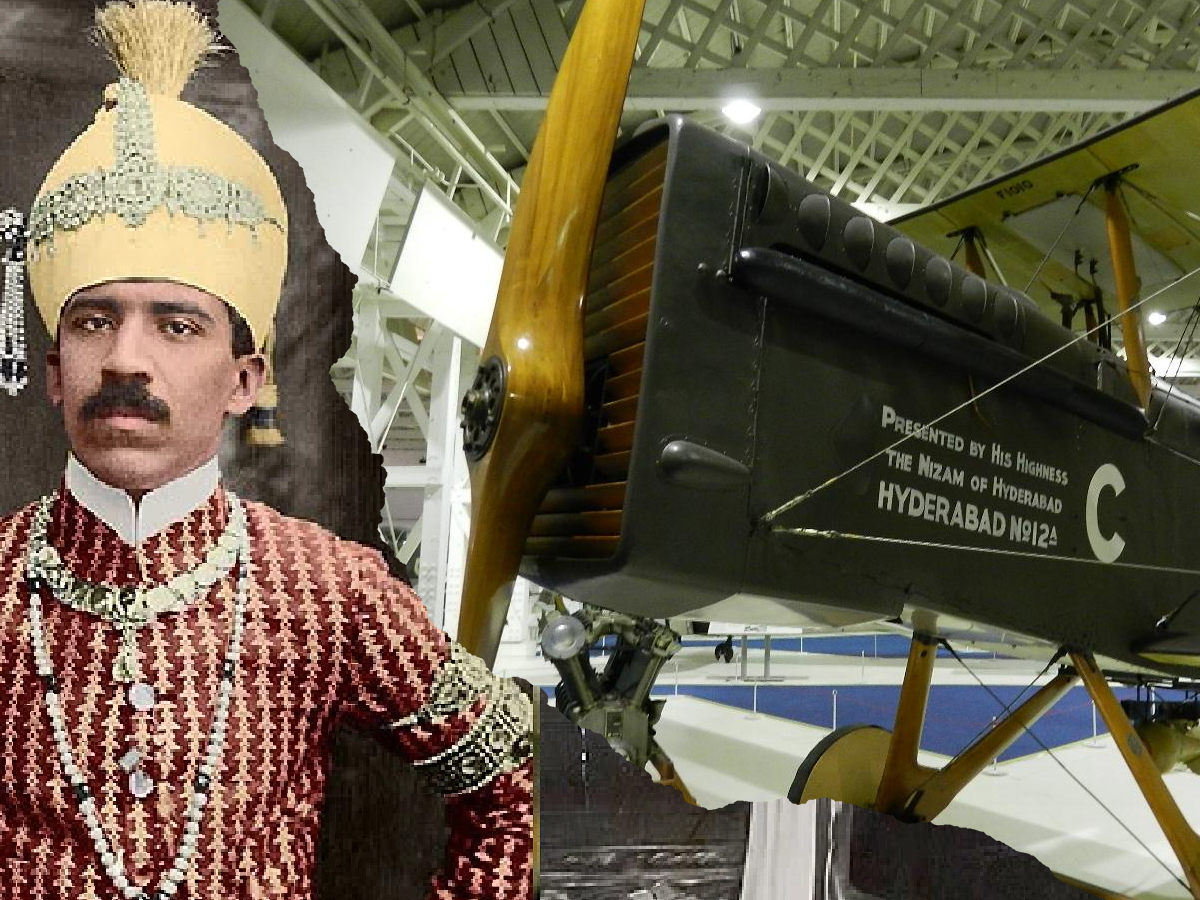 In July 1940, one of the most crucial battles of World War 2 called the Battle of Britain began. The conflict saw the Royal Air Force (RAF) of Great Britain defending its country against a series of large-scale attacks by Nazi Germany’s air force (the Luftwaffe). It has been described as the first major military campaign fought entirely by the air forces of two hostile countries. The heavily outnumbered RAF pilots fought bravely and flew their aircraft beyond the limits of endurance to finally overcome the superior forces of the Luftwaffe after several months of intense warfare.

What is not very well known, however, is that the Nizam of Hyderabad had donated large sums to Great Britain for the purpose of manufacturing aero planes and these planes played an important role in the battle. The Nizam had donated the aero planes and a large sum of money to Britain during the First World War itself. The planes funded by the Nizam were divided into three units numbered Squadrons 110, 152 and 253. Since the Nizam was the patron, these were called the Hyderabad Squadrons and the pilots who served under the banner became famous for their valour and sacrifices in battle.

The 110 Hyderabad Squadron was formed during the First World War as a bomber squadron. The planes were the gift of the Nizam of Hyderabad and each aircraft bore an inscription to that effect. The unit became known as the first Hyderabad Squadron in the Royal Air Force. It was reorganised during the Second World War initially as a Transport squadron then as a bomber squadron and later as a helicopter squadron, before being disbanded in 1971. During the Second World War, the squadron was mainly involved in anti-shipping strikes during the early part of the war.

Each squadron had its own badge. The badge of 152 squadron showed the crown of the British Monarch as well as the head gear of the Nizam of Hyderabad in the centre. The motto inscribed on the badge is “Faithful Ally.”

According to a serving officer of 152 Hyderabad Squadron, the unit was disbanded shortly after the end of World War 1. But it was assembled again on October 1st, 1939, at Acklington airfield (UK) as a fighter squadron. The aircraft of this squadron could easily be distinguished because they had on their sides the insignia of a roundel with a black panther leaping over it. The pilots who flew these planes were nicknamed Black Panthers and their aircraft too were referred to as Panthers.

In December 1943, under the command of Squadron Leader Mervyn Ingram, the 152 Squadron moved to Burma and supported the British army with aerial strikes during its final conquest of Burma in 1945.

The 253 Hyderabad Squadron took part in the Battle of France and the Battle of Britain before it engaged the enemy in the Mediterranean theatre of the war. A squadron badge was created which showed the heraldic form of the back of an arm wearing Mughal armour and holding an Indian battle-axe in its hand. The Moto underneath read: “Come One, Come All.”

This emblem was suggested and approved by the Nizam himself.

More than 500 brave young pilots sacrificed their lives in the Battle of Britain and several of them were from the Hyderabad Squadrons. Speaking about the lionhearted pilots who fought in the Battle of Britain, the British Prime Minister Sir Winston Churchill said: “Never in the field of human conflict, was so much owed by so many to so few.” Truly it was an epic battle of historical importance which lasted from July, 1940 till May 1941. The planes funded by the Nizam of Hyderabad played an important role in one of the most famous battles of the Second World War
Only one of the aircraft that had been donated by the Nizam survives today. It is on display at the Royal Air Force’s Museum in the UK. It would have been wonderful if one of the aero planes gifted by the Nizam to Britain had also been put on display in Hyderabad. The present generation would have known about it, their general knowledge would have increased, they would have heard about the intrepid pilots who flew those planes, their victory and honour would have been known to the citizens of Hyderabad. Unfortunately, that did not happen and all that information remains unknown.

According to a report in the Times of India which was published a few years ago, the efforts of aviation enthusiasts to build an aviation museum in Hyderabad to mark the contribution of the city to civil and military aviation in India have been unsuccessful. Hyderabad had aviation training academies in Begumpet and Hakimpet many years before other Indian cities. But the initial impetus that this sector had witnessed later declined and Hyderabad’s potential to become a leading aviation centre of India remained unfulfilled.