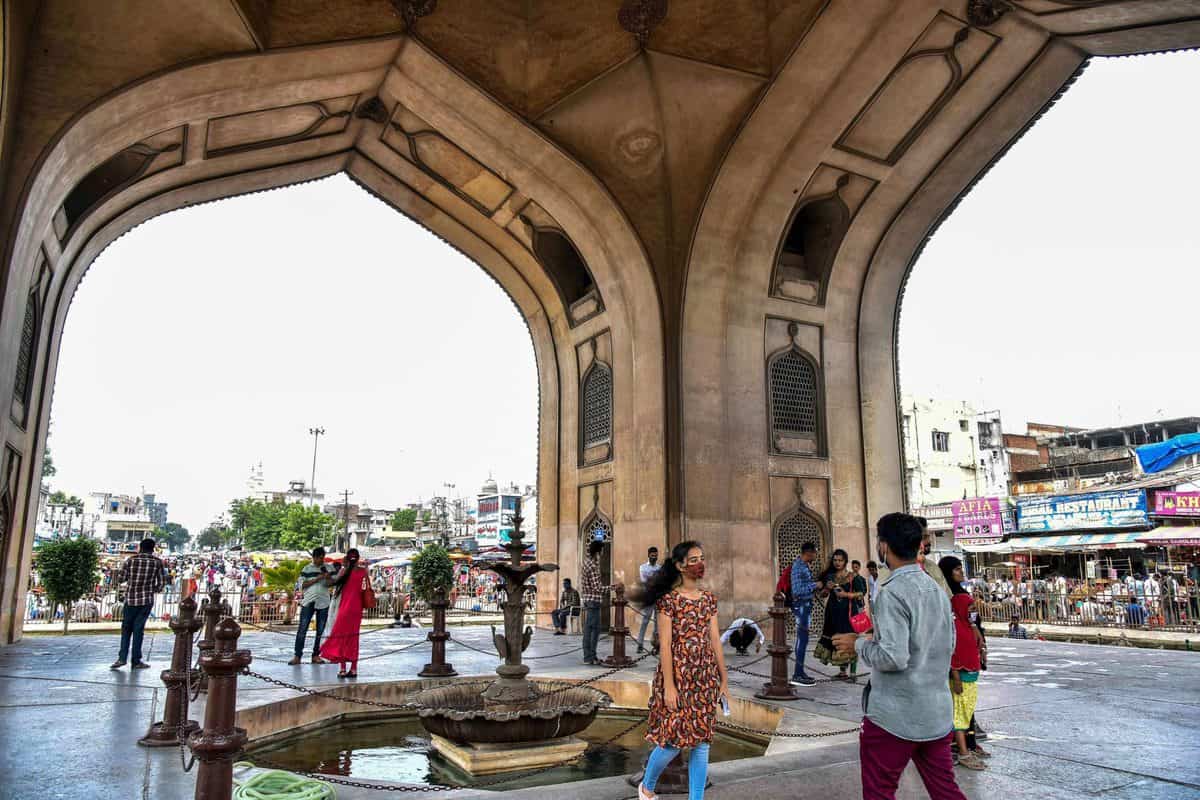 Hyderabad: In a tight slap on the face for Hindutva groups, the Archaeological Survey of India, (ASI), Hyderabad circle, said that there is no evidence of ancient mosques under its jurisdiction in Telangana having been built on Hindu religious sites. BJP chief Bandi Sanjay recently also exhorted his followers to ”dig up mosques” and search for Shiva Lingas.

The information on this issue was sought by Right to Information (RTI) activist RobinZaccheus, who filed a query with the ASI under the RTI Act seeking evidence ”pertaining to the Ancient Mosques” that were supposedly built on Hindu religious sites, or temples. The response came from the ASI’s Hyderabad circle, under which Telangana falls under.

In Telangana, the ASI has about eight monuments under it, including the Charminar and the Golconda fort. In its reply, the ASI stated, ”None of the monuments/sites under the jurisdiction of Archaeological Survey of India, Hyderabad circle in the Telangana state have any evidence of ancient mosques been built on Hindu religious sites.”

In Telangana, while Warangal was the old capital of the Kakatiya dynasty (until it collapsed in the early 14th century), the Golconda fort and Hyderabad were founded and built by the Qutb Shahi dynasty (1518-1687). The Nizams, or the Asaf Jahi rulers, came much later (1724-1948).

Last month, Telangana BJP chief (and Karimnagar Lok Sabha MP) Bandi Sanjay challenged AIMIM president (and Hyderabad Lok Sabha MP) Asaduddin Owaisi and “pseudo-secularists” to a ‘mosque dig-up contest’ in the state to ascertain if mosques in the state were built over the ruins of Hindu temples.

The fort has 87 bastions, and eight gates, of which a few are not accessible to the general public as they are under army control. It is one of the Deccan’s most impregnable forts, and had kept Mughal emperor Aurangzeb’s army at bay for eight months when he laid siege to Hyderabad in 1687. Aurangzeb succeeded and ended the Qutb Shahi reign that year and took Abul Hassan Tana Shah, the last Golconda king, captive.

The Charminar is Hyderabad’s foundational monument. Built in 1591, it was constructed to mark the city’s establishment by Mohammed Quli Qutb Shah, the fourth ruler of the Qutb Shahi (or Golconda) dynasty. Prior to the Charminar being built, the Golconda fort (in Telangana) was a walled city, from where the first three kings Qutb Shahi kings had ruled.

After Hyderabad was founded, the fort was eventually turned into a military barrack. However, the fort was also the place from where the final Qutb Shahi-Mughal war was also fought in 1687, after Aurangzeb attacked the Golconda kingdom. He succeeded after an eight month long battle, after which the entire Golconda (comprising Telangana and AP mainly) was brought under Mughal territory.

The Nizams (Asaf Jahi dynasty), who ruled next, were high-ranking Mughal commanders originally. The first Nizam, Mir Qamruddin Khan, attained the position in 1724 and ruled from Aurangabad, which was the capital of the Deccan (Nizam territory). His father and grandfather were part of the Mughal armies that destroyed Hyderabad in the final war between the Golconda and Mughal dynasties in 1687.