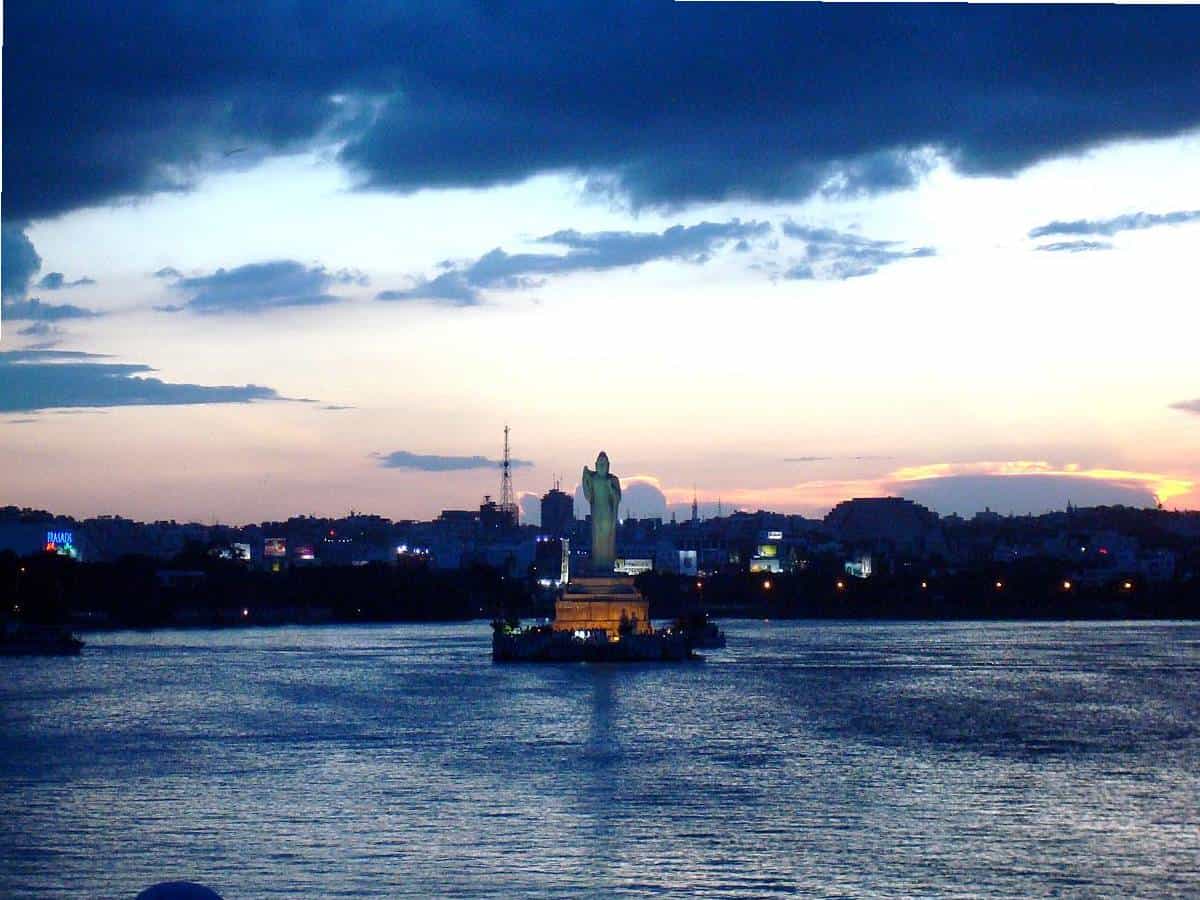 Hyderabad: Telangana State Pollution Control Board (TSPCB) has claimed that the pollution level in Hyderabad’s Hussain Sagar lake has not increased this year due to immersion of Ganesh idols when compared to the previous year.

The board attributed this to the heavy rains received in Hyderabad after immersion.

This year too it monitored the water quality of the lake as per Central Pollution Control Board’s revised guidelines for idol immersion of 2020.

The festival, which began on September 10, ended on September 19. Like every year, thousands of Ganesh idols from various parts of twin cities of Hyderabad and Secunderabad and outskirts were immersed in the lake during the festival.

According to joint chief environmental scientist of TSPCB, the water quality was monitored before, during and after immersion of idols.

Four samples were collected during immersion and one each before and after immersion.

The samples were collected at platform number one and 2 at NTR Park, near Lumbini Park, at Necklace Road, near Lepakshi Handicrafts (near immersion point) and near Buddha Status (midstream) control point.

At all the locations, dissolved oxygen (DO) has shown a decreasing trend during idol immersion, said the board.

Total Dissolved Solids (TDS) has shown an increasing trend during idol immersion and specially at Necklace Road TDS has increased drastically during immersion.

At all the locations heavy metals were below detectable limits either before, during or after immersion of idols, says the report.

According to the TSPCB, the reasons for this trend include heavy to very heavy rainfall received in Telangana between September 7 and 29 that coincided with the period of Ganesh festival.

“Even the city of Hyderabad witnessed a heavy rainfall on September 27. Due to heavy rainfall Hussain Sagar received storm water from all parts of the city. This resulted in dilution and flooding of waters thereby restoring the lake condition to the normal state, that is clearly reflected in parameters i.e DO, COD and TDS at all locations,” the report said.

When compared to previous year, this year the TDS, COD and BOD have shown a minimal increase before, during and after immersion at all locations.

This year dissolved oxygen has shown an overall improvement than the previous year at all monitoring locations.