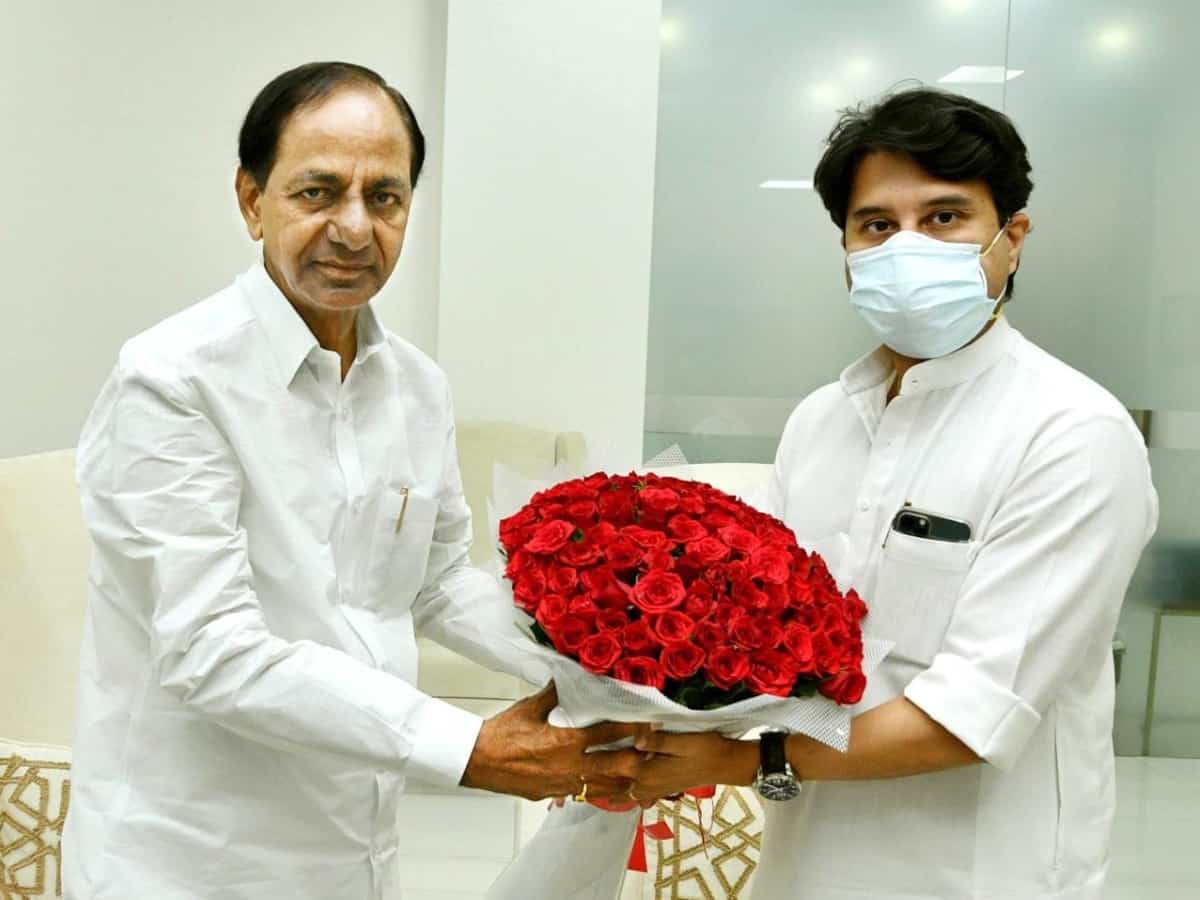 Hyderabad: The union minister for Civil Aviation Jyotiraditya Scindia on Friday remarked that the ruling TRS party in Telangana need not be afraid of the Central agencies such as the Enforcement Directorate (ED) or the Central Bureau of Investigation (CBI) if they are clean off corruption.

Scindia said that there is a need to know where and how the funds allotted by the Central government have been spent by Telangana’s ruling TRS party.

‘I dare you…’: KTR challenges Scindia to a face-off

“When the ground underneath you starts slipping, you will know. Numbers don’t lie, the fact is that it was the Modi government that increased the devolution of taxes to States from 32% to 42%. The question is whether it is being put to good use or bad,” Scindia addressed the media as part of his Lok Sabha Pravas Yatra held in the city on Friday.

Scindia also accused IT minister K T Rama Rao of ‘spreading lies’ about the funds issued by the Centre for the state. The union minister claimed that the central government has issued ‘maximum funds’ in the last eight years.

Scindia also expressed confidence in the BJP’s win in the upcoming Assembly election which is due to take place by the end of the year.

Earlier in the day, the minister tweeted a photo of the flooded roads in Telangana, as he visits the state on two-day tour.

“Disappointed to see the condition of roads on Hyderabad tour today. It takes 30 minutes to cover a distance of 10 minutes,” said Scindia. He added that his photo clearly shows the poor state of the 1000 km road sanctioned by the central government at a cost of Rs 10,000 crores.

The tweet and criticism by the union minister were met with a tough reply from KTR who challenged Scindia to a faceoff between the latter’s state Madhya Pradesh and Telangana.

Scindia arrived in the city on a two-day trip as part of the Lok Sabha Pravas Yojana to support the BJP in the Hyderabad parliament constituency.