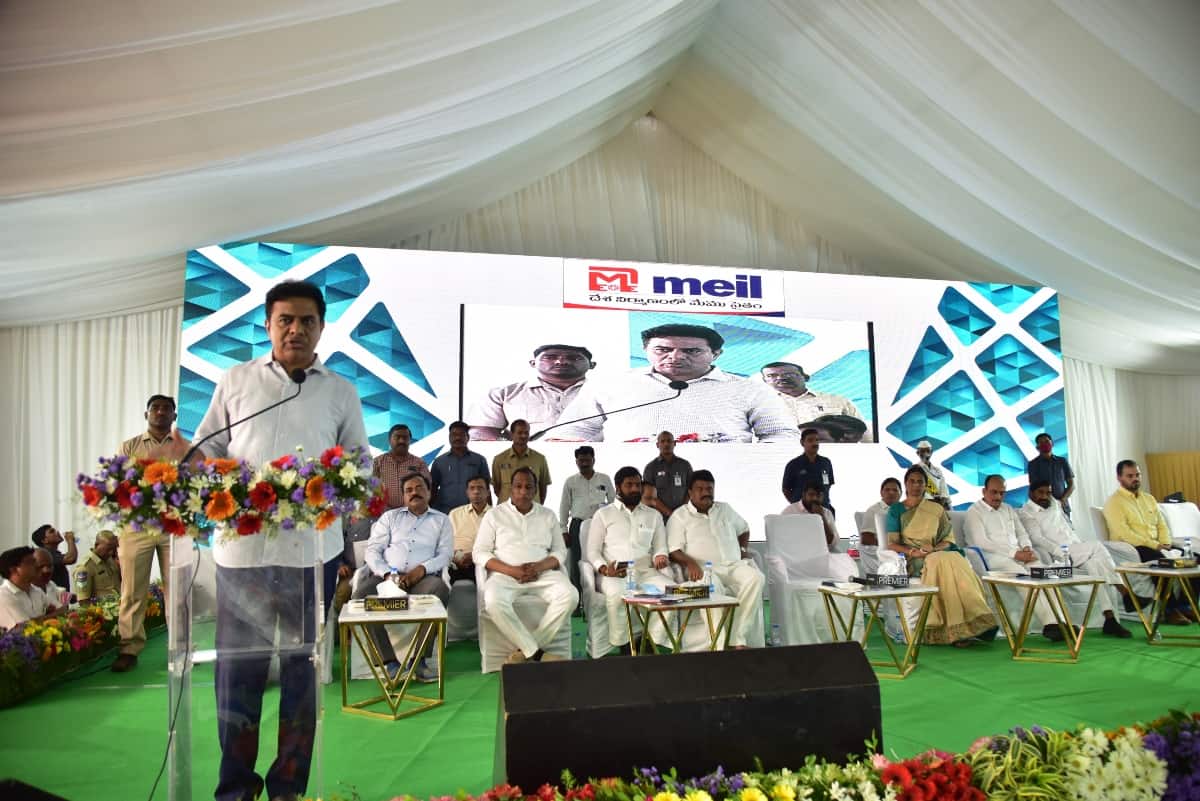 Hyderabad: Telangana minister for municipal administration and urban development KT Rama Rao (KTR) on Saturday said that there will be no shortage of water in Hyderabad even during times of drought in the country.

KTR laid the foundation stone for the construction of the Sunkisala Intake Well Project, which was undertaken with a budget of Rs 1,450 crores. The intake well project will divert water from the Krishna river to Hyderabad.

Speaking on the occasion, KTR said that the project will be completed by next summer. “Sunkisala is a 50-year-old project and if the project is completed, there will be no shortage of drinking water in Hyderabad even after five consecutive years of drought. Every year in the summer, emergency pumping is required to pump Krishna water to the city, at a cost of Rs five crore.” He said that this will not necessary with the Sunkisala project.

KTR added the Sunkisala project would provide an opportunity to utilize water not only for drinking but also for industrial purposes if required.

He further said that civil works are also being done for Krishna phase 4 and 5 in the future. “The city currently needs 37 TMC of water and estimates that it will need 71 TMC of water by 2072. New projects are being undertaken to cater to future needs as well. 60 TMC of water will be available on the outskirts of Hyderabad through Sunkisala and Kaleswaram,” said KTR.

He informed that a ring main was being built around the Outer Ring Road so water supply to the city people will not be disturbed even if there was an interruption somewhere in the internal water supply system.

KTR said that Hyderabad was one of the fastest growing cities in the country and would become the second largest city in the country after Delhi in the next 15 years. “Chief minister KCR considers the city of Hyderabad to be a national treasure. There are water problems, traffic problems and pollution problems in the major cities of the country, and the CM KCR is thinking with foresight and vision so that such problems would not come to Hyderabad,” he said.