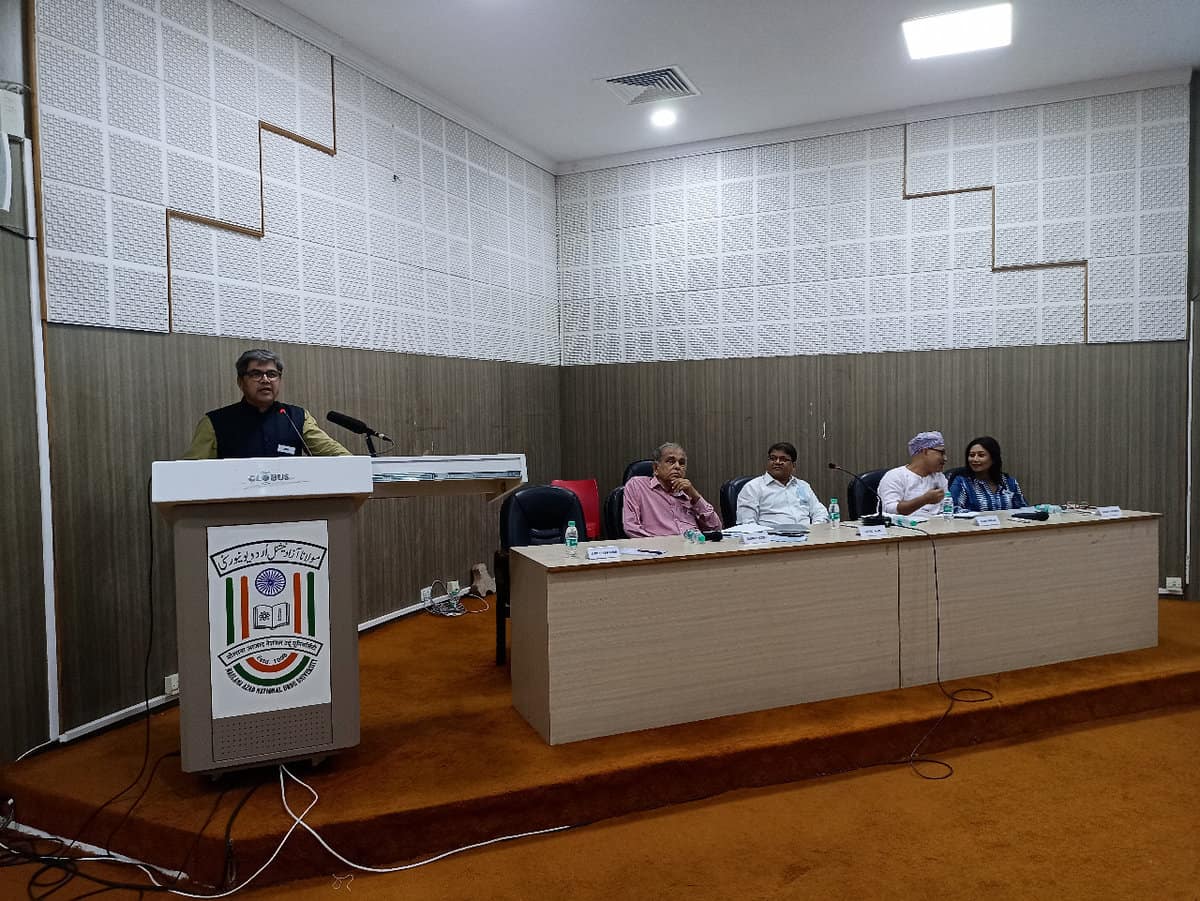 Hyderabad: “2011 to 2021 is the disaster for not only economy and health system but also for the data. The fundamental question is whether data exist and is it usable. We do not know the population of the country, do not know data about consumption, expenditure and we don’t know when will census happens. This is a serious issue”.

The conference is being organized by Centre for Women Studies (CWS), MANUU and CDPP, Hyderabad in collaboration with Goonj, SAFA, Sahayata Trust, Digital Empowerment Foundation (DEF) and Soochnapreneur from June 6 to 8.

The author of the best-selling book Born a Muslim, Ghazala Wahab, Executive Editor, FORCE while delivering keynote address took the narrative of her book further by describing what it means to be a Muslim woman in the present times. Women only need to value and give respect to self and fight to win, she remarked.

Prof. Amir Ullah Khan said issues of religious minorities particularly of women can get to become purely emotional and “it is our responsibility to find evidence and data.”

Prof. Sanghmitra Acharya, JNU, said data is very important in constructing the narrative that anyone want to work with. The need to use the data in correct perspective becomes extremely important.

Prof. Farida Siddiqui, Dean, School of Arts and Social Sciences, MANUU pointed out that Gender was a social issue and it should be tackled by a multidisciplinary framework.

Earlier in the opening session, Prof. Shahida, Director, CWS, said the conference is not about men and women, it is by using gender lens we have to study everything that is on the paper like statistics, literacy level, economic participation, health issues and contribution of women. She emphasized on the need for a change of mindset.

Fatima Khan of the Quint spoke on issues plaguing Muslim women. Muslim women have external problems from other religious communities and internal problems from men of their own religion. Moreover, the reaction Muslim women get from liberals is more or less indifference. She concluded her speech by a call for fighting shoulder to shoulder, both men and women, against sexism and patriarchy.

Naghma Mulla, CEO, EdelGive, pointed out that in India women played a major role in Independence movement but in spite of that they have had their positions degraded throughout the years. She concluded her speech by imploring women not to devalue themselves.

Nahia Hussain, Vice-President (Public Policy), CDPP, said Gender equality and women empowerment are not only the end goal of development but also a fundamental step towards achieving overall progress.

In the second panel discussion “Media & Gender : How are Muslim Women represented”  Journalists – Fatima Khan, The Quint and Arfa Khanum, The Wire and Prof. Ehtesham Ahmed Khan, Dean, School of MCJ, Ms. Ghazala Wahab were the panelists. Arfa Khanum described digital media as liberal and democratic. She expressed the need to give more coverage for marginalized sections. This is not the time of individual heroism, she remarked. Soma Wadhwa, Fellow, India Development Foundation was the moderator.