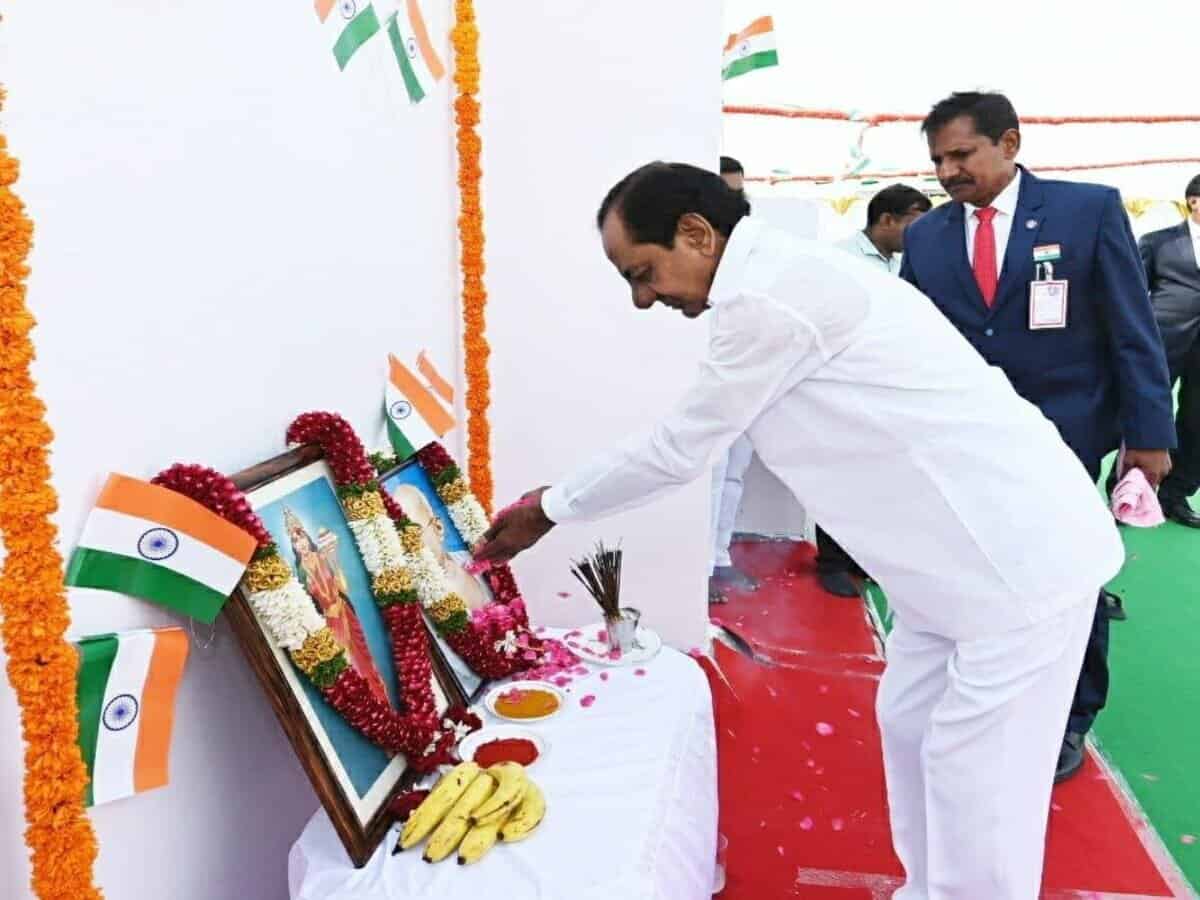 Hyderabad: Telangana Chief Minister K Chandrasekhar Rao on Thursday remarked that nothing but religious and casteist hatred is currently in discourse across the country and people’s basic needs have taken a back seat.

KCR made these remarks during his speech at the official Telangana formation day event that took place at the Public Gardens in Nampally, Hyderabad on Thursday. He said that the state has progressed immensely in the last eight years since the day of its formation in 2014.

He also said that Telangana’s agenda of welfare and development should be applied across the country and the people of the state should lead the fight in nation-building. He attacked the Centre on various burning issues like paddy procurement and religious intolerance in the country.

Other important points from his speech

No state in the country in the last seventy five years has achieved what Telangana has achieved in the last eight years. Since the time of the state’s formation to now, in various sectors like financial growth, percapita income, uninterrupted power supply, drinking water supply, welfare, industrial and IT growth, conditions have improved drastically.

The Economic Survey 2020-21 has praised Telangana for its fast paced recovery from the impact of the Covid-19 pandemic. That is an indicator for the state government’s comptenence in handling the finances effectively. In 2013-14, the state’s GSDP was at Rs 5.05 lakh crores and by 2021-22 it grew to Rs 11.54 lakh crores. The Percapita income of the state grew from Rs 1.24 lakhs in 2013-14 to Rs 2.78 lakhs in 2021-22. This is eighty six percent higher than the national average of Rs 1.49 lakhs. We have used every single rupee of this growth for the development of people.

The state has bid farewell to its issues with power cuts. Today, the government is able to provide uninterrepted power supply to all sectors including farmers. Telangana was massively suffering due to regular power supply interruptions by the time of its formation.