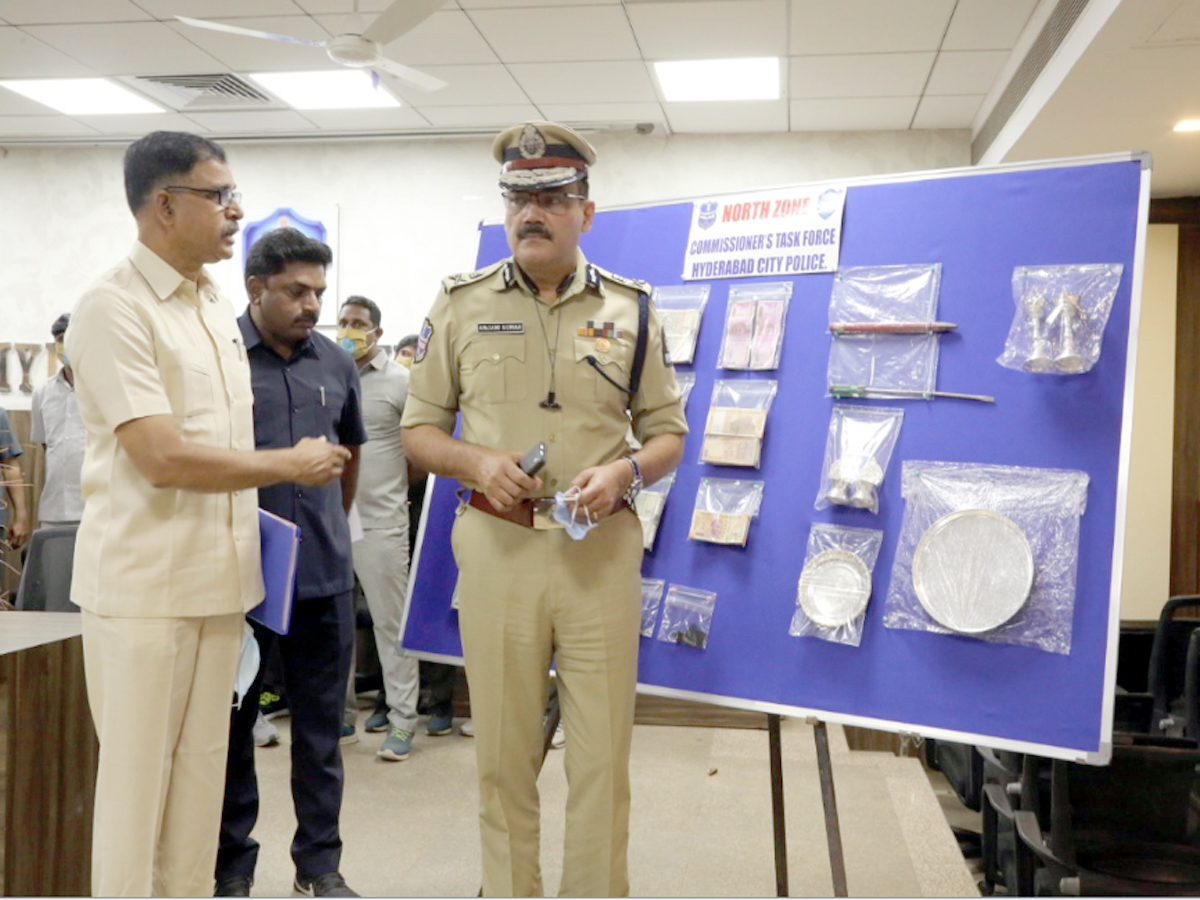 Hyderabad: The sleuths of Commissioner’s task force on Friday arrested Manthri Shankar a notorious and habitual offender. Three of his associates have also been held and property worth twelve lakhs have been recovered.

Hyderabad Police Commissioner Anjani Kumar said that Manthri Shankar is dossier criminal of Hyderabad and he has been involved in as many as 250 house burglaries and theft Cases in three Commissionerate, earlier he was convicted in 209cases.

He was sent jail on more than 21 occasions. Earlier four times detained under stringent PD Act two times by OU PS, Saidabad PS, and fromKarkhana PS. After completion of detention period he was released from jail on December 4.

After releasing from jail he, formed a gang with three associates Abdul Latif Khan of Falaknuma, Mohd Majeed of Bhavani Nagar and Mohd Imtiyaz Ahmed of Vidya Nagar, Nallakunta and involved in house burglary offences.

After series of offences in Hyderabad, to detect the theft cases of Begumpet police station, the Task Force, North Zone team verified the CCTV footages at all possible places, got identified the footage of accused persons.

During the interrogation of the accused, the police have recovered stolen property worth 12 lakhs and the arrested have been produced before the court.