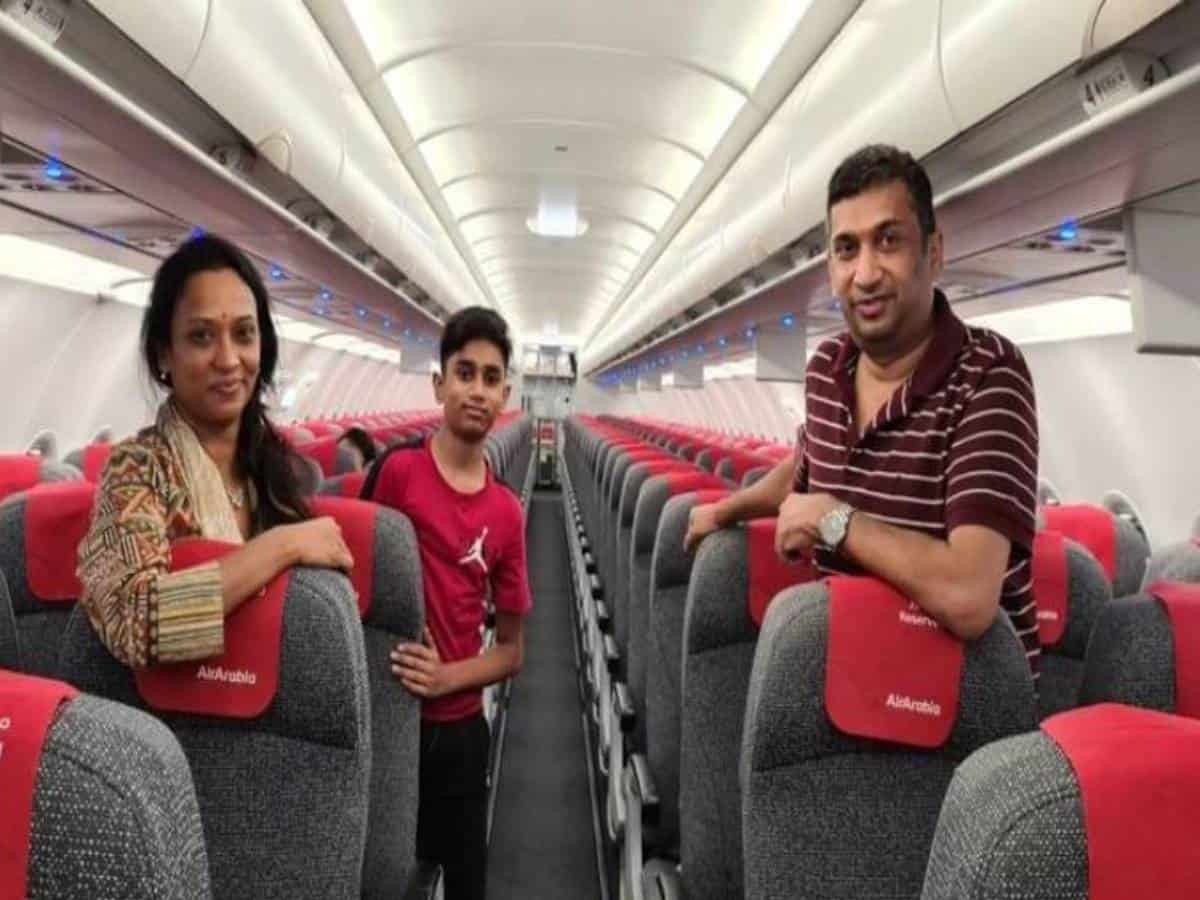 Abu Dhabi: A United Arab Emirates ( UAE) based Indian family from Telangana state who were stranded in India was pleasantly surprised of having the entire 180-seater Air Arabia flight from Hyderabad to Sharjah with no extra cost.

Dr Haritha Potu, a child health physician at Dr Ismail Healthcare group, and her husband, Srinivas Reddy, a native of Karimnagar and country head of Tech Mahindra, along with their son, Sanjith Reddy were the only passengers besides the crew.

While the travel from India resumed on August 5, the couple and their son returned to the UAE on August 3. This was despite the fact that they are not long-term golden visa holders.

Dr Haritha, along with her husband and son, had traveled to India to attend her father’s last rites on April 18. After the UAE suspended flights on April 24, the family was stranded in India for more than three months.

The couple tried several options for returning to the UAE after reading a news report on healthcare groups chartering flights for their doctors and nurses.

“We requested Air Arabia officials to help us for our return to our second home,” Reddy told Khaleej Times. “Air Arabia told us that UAE is in need of doctors and took care of our travel from Hyderabad.”

According to Reddy, the Air Arabia airline arranged permission and obtained the required government approvals for the return.