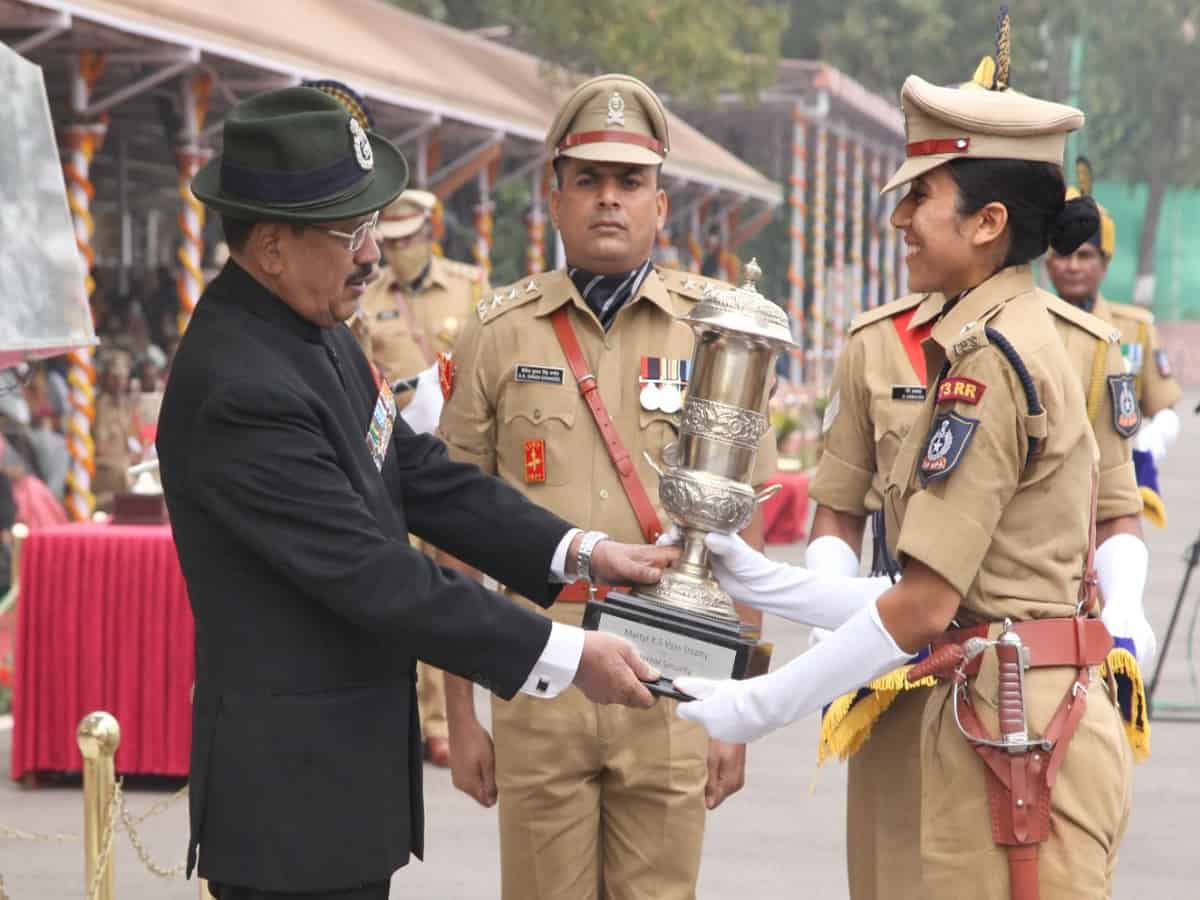 Ajit Doval, took the salute of the Diskhant Parade and complimented the officer trainees passing out today. He also presented the Trophies to the Meritorious IPS Officer Trainees and Officer Trainees from the friendly countries, who underwent training at the Academy.

There were 132 IPS Officer Trainees who passed out today including 27 lady officers of 73rd batch of Regular Recruits and 17 officers from friendly countries, six officers from Bhutan, six from Maldives and five from Nepal who also completed their institutional training. The Dikshant Parade marks the culmination of Phase 1 training of the IPS Officer Trainees in the Academy. Doval congratulated all the probationary officers, especially the lady officers and wished them bright careers ahead.

Addressing the probationers, Doval complimented the Parade Commander Ms. Darpan Ahluwalia and members of the parade for their excellent performance. He also congratulated foreign officer trainees for winning a number of trophies. He presented trophies to officer trainees who showed exemplary performance during training at the Academy.

Recollecting the highest sacrifice and seminal role played by the IPS martyrs who laid down their lives at the altar of duty in nation building Doval exhorted the officer trainees to work together as a team and as a family dedicated in the service of this country. He reminded that the police are to enforce law and to protect and maintain the law and order in the length and breadth of this country. He also asked the officer trainees to update their technological capabilities and develop right attitudes to bring in transformative changes in police functioning. Earlier, before the beginning of the parade, the Chief Guest laid a wreath and paid homage to the Martyrs of Indian Police Service who had laid down their