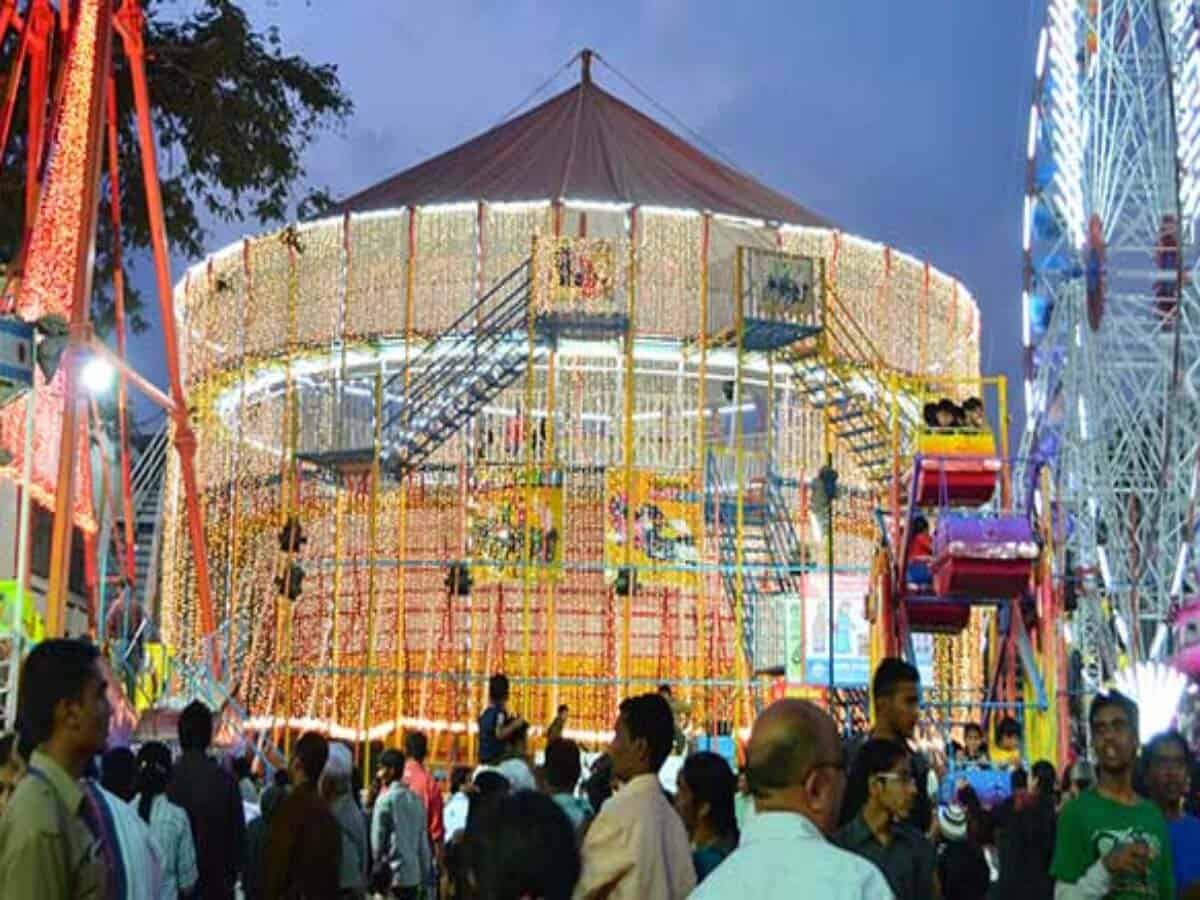 Hyderabad: As Telangana is witnessing a surge in COVID-19 cases for the past few days, Numaish in Hyderabad is likely to be on hold indefinitely. Even the deposits collected from the stallholders have been returned.

According to a report published in the Times of India, The All India Industrial Exhibition (AIIE) Society secretary Dr. B. Prabha Shankar said that as per the managing committee’s decision, the deposit amounts of the stallholders have been returned.

A member of AIIE society said that it has become very difficult to organize the Numaish as the number of COVID-19 cases has spiked up in the state. Stallholders were also not happy over the inordinate delay in the exhibition, he said.

Earlier, as per the regular procedure,  AIIE society had invited applications from stallholders and allotted land on the Numaish ground, however, due to surge in COVID-19 cases, it was put on hold, he added.

Stallholders were demanding the return of the deposit amounts as many of them had taken it as loan from the banks or private finance companies or individuals.

It may be mentioned that the 81st Numaish was scheduled to be held from January 1 to February 15. It was put on hold due to the pandemic.

Meanwhile, the state registered 4009 fresh COVID-19 cases, taking the overall infection count to over 3.55 lakh, while the toll rose to 1,878 with 14 more fatalities, the government said on Monday.

The Greater Hyderabad accounted for the most number of cases with 705, followed by Medchal Malkajgiri (363) and Nizamabad (360), it said in a bulletin, providing details as of 8 pm on April 18.